Readers pass along a lot of stuff every week about natural gas, fractivist antics, emissions, renewables, and other news relating to energy. This week; winning climate arguments, an apoplectic AlGore, an empty suit Hulk and the losing ESG hand.

Some Thatcherism is what we need:

When the destructiveness of climate policies is shown, the response is that the policies nevertheless are necessary to address what President Biden refers to as the “existential threat” of global warming and increased CO2 emissions.

When it is noted that these climate policies will at most microscopically and insignificantly reduce temperatures and CO2 emissions, climate policy mandarins push for even more draconian policies.

The result has been that since the 1990s, climate policies have become increasingly destructive and wasteful. Even worse, their continued intensification appears unlikely to be stopped until the public and policymakers are persuaded that global warming and CO2 emissions are not harmful. As Margaret Thatcher famously said: “First you win the argument, then you win the vote.”

To win this argument, it is necessary to focus on the scientific facts…

The UN climate models that President Biden, John Kerry, and other climate doomsters use to predict future global temperatures are so speculative and unreliable that they have been unable even to reproduce the 20th century’s temperature changes. This is a key point in the must-read book by Obama Department of Energy Under Secretary for Science Steven Koonin, Unsettled: What Climate Science Tells Us, What It Doesn’t, and Why It Matters.

Good advice! One does not win arguments by agreeing with opponents and offering to less, which is too often the approach taken by timid industry types and establishment Republicans to mention a couple of the problems we face.

Al Gore is furious that Vanguard is leaving the climate scam fold he has used to get rich:

Vanguard Group Inc.’s decision to leave the world’s largest climate-finance coalition was slammed by former US Vice President Al Gore, who said the move was out of step with the growing awareness among business leaders that they can no longer afford to ignore global warming.

Gore, who chairs Generation Investment Management, one of the world’s biggest sustainable investing firms, called the move “extremely disappointing” during an interview in San Francisco. “It’s an irresponsible and shortsighted decision.” 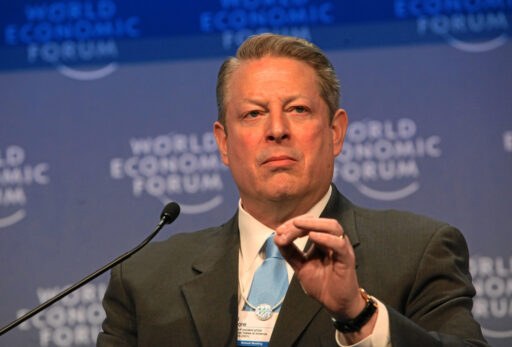 Vanguard, the second-largest US fund manager with about $7.1 trillion of assets, said Wednesday it was quitting the Net Zero Asset Managers initiative after a “considerable period of review.” The group is part of the Glasgow Financial Alliance for Net Zero that was brought together last year by former Bank of England Governor Mark Carney, and its members oversee a combined $150 trillion in assets. Vanguard’s exit marks the coalition’s largest defection to date and comes amid growing attacks from US Republicans against banks and asset managers deemed unfriendly toward the fossil-fuel industry.

“Growing attacks” betrays the Bloomberg narrative, of course. The truth is that the oil and gas industry, free speech and civil society themselves are under attack from the likes of Larry Fink’s BlackRock and the Teutonic Klaus Schwab’s World Economic Forum. But, fighting back against the Teutonic Plague gets us treated as the attackers. Fortunately, we are fighting back fiercely and it’s working. Not even Al Gore can deny that.

Mark Ruffalo Proves the Hulk Was An Empty Suit All Along

How is it possible that anyone—anyone at all—has ever taken Mark Ruffalo seriously?

Actor Mark Ruffalo called for Twitter to be “heavily regulated” for misinformation in a highly criticized tweet.

“As a worldwide ‘public square,’ this app should be heavily regulated for misinformation & spamming by hostile interests,” the actor tweeted Thursday. “If Elon can’t do that with his ‘company,’ it should be seen as a public utility under governmental supervision. This system unregulated will be more deadly.”

Several lawyers and other observers weighed in to challenge Ruffalo’s thought process and what his plan would mean for free speech.

“That’s not how any of this works,” lawyer Ari Cohn replied.

The problem with this idea @MarkRuffalo is that whatever government is in power will supervise that the information permitted is in their interest.

Would you stand behind this suggestion if the government in power was one you did not vote for? https://t.co/wyYr33seS8

“It shouldn’t take a legal scholar to realize he’s got this backwards,” lawyer Laura Powell said. “If Twitter is the ‘public square,’ then the 1st Amendment strictly limits the regulation of speech here.”

If You Can’t Win, Stop Playing for Crying Out Loud!

Music to the my ears!

For the “Big Oil” companies like BP and Shell, the reality is that they can never win this incredibly counterproductive ESG blame game in the eyes of the Democrats or the climate alarmist groups who fund their campaigns. ESG is a religion, not a science. It is based on dogma, not data.

That dogma dictates that Big Oil Shalt Be Bad and Nothing Big Oil Might Doeth Can Ever Change That. Thus, the good people at BP, Shell, Exxon, Chevron and all the rest can produce all the cool, flowery and glowing ESG and Sustainability reports they want to produce, and they will never receive a shred of credit from the current ruling party or their funders for doing any of it. 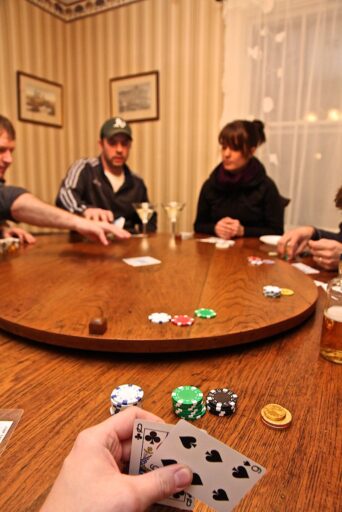 This is what I told my management at the company where I worked in 2007 when we received our initial ESG investor demand letter – this is a can’t win situation you will be better off ignoring than honoring.

Nothing has changed in the intervening 15 years, except that the government, thanks largely to the industry’s own acquiescence to the scheme, is now mandating compliance.

This is a game those of you at “Big Oil” can’t win. The goal of the game is to end you, not to fix you. It’s too late to go back now, so all you can do is manage the decline until the other side inevitably wins.