So, You’re Saying It’s the Trust-Funders, Then?

As if we needed more evidence that it’s wealthy special interests who are behind it all:

Extinction Rebellion – the radical environmental group funded by American millionaires with a global reach – have reaffirmed their support of eco-terrorism.

This call to violence came after David Suzuki, known as the godfather of the Canadian environmental movement, spoke at a recent Extinction Rebellion rally and called for blowing up pipelines. Suzuki said in a media interview:

“We’re in deep, deep doo-doo. This is what we’re come to. The next stage after this, there are going to be pipelines blown up if our leaders don’t pay attention to what’s going on.”

…Later, a key leader with Extinction Rebellion went even further with threats of violence against government and business leaders. Vancouver Is Awesome reported:

“‘Not only will pipelines be blown up, but we can be certain that world leaders will be put on trial for treason or worse – be killed,’ says Zain Haq, Extinction Rebellion Canada’s National Action & Strategy Coordinator. ‘Although Extinction Rebellion activists are nonviolent, we cannot control the actions of those outside of this movement who may commit acts of violence.’”

Note this is the same symbol that shows up prominently in the header photo of the Climate Emergency Fund website.

…Extinction Rebellion is no local grassroots NGO. Instead, it receives major financial support from American and UK millionaires.

“Climate change protesters from Extinction Rebellion snarled traffic in Washington on Monday and again on Friday. You might find yourself asking, ‘Who helps pays for this activism?’ The answer, in part, is the scions of some of America’s most famous families, including the Kennedys and the Gettys.”

That would be referring to Rory Kennedy (daughter of former U.S. Senator Robert F. Kennedy) and Aileen Getty (a granddaughter of former U.S. oil businessman Jean Paul Getty), who started the Climate Emergency Fund which has given hundreds of thousands of dollars to Extinction Rebellion. Getty’s foundation even touts its support for Extinction Rebellion.

The Climate Emergency Fund, although not a private foundation, is another one that should be shamed, taxed and reformed. This spoiled child activity cannot be tolerated.

One of the redeeming things about extremists is that they are typically incompetent:

Under Democrats’ Build Back Better legislation, buyers would get a refundable tax credit of up to $12,500 for buying an electric vehicle – but, the only electric vehicle that would qualify for the full refund isn’t even being sold or in production, because battery fires sparked a recall.

GM temporarily pulled the plug on production of the Chevy Bolt in August. But, on Thursday, the manufacturer announced that it’s extending the halt in Bolt production at its Orion, Michigan assembly plant. 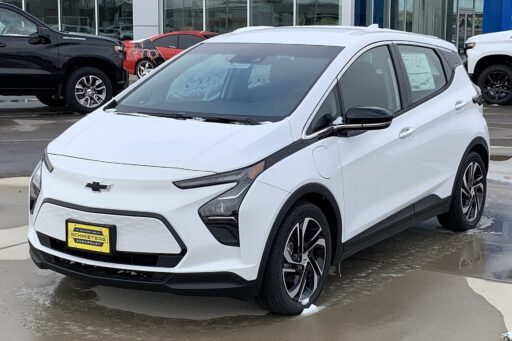 Bolt production was initially suspended in August. GM is now extending its suspension until January 2021, Reuters reports. The National Highway Safety Administration is currently conducting an investigation into the Chevy Bolt’s battery fires.

Ironically, Democrats’ “Build Back Better” legislation would give buyers a refundable tax credit of up to $12,500 on electric vehicles built in the U.S. by union workers, but the Bolt – which is not currently being sold or built – is the only electric vehicle that would qualify for the full tax credit…

See what I mean?

This is a list of just some of the things the Biden controllers are doing to kill oil and gas, force people out of cars, give the Heisman to pipeliners and other trades and advance the cause of destroying America: 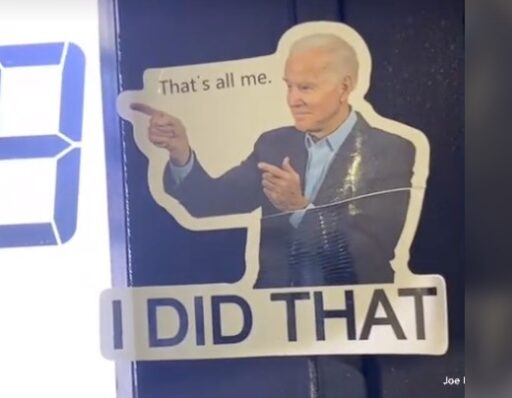 Read the explanations of each for the horrid details of what his controllers are getting this corrupt buffoon to sign. The last one is especially important:

Finally, through the Civilian Climate Corps, Build Back Better would fund the salaries of tens of thousands of anti-energy activists who would perpetuate high energy costs by demanding new and costly federal regulations and legislation.

We are living through the worst Presidency ever and, yet, we have to pray he lives to avoid the even worse prospect of Kamala.

The 60-year timeline is enough to gag anyone affected by the tyranny of this self-serving agency over the last 23 years since 1998 when Pennsylvania Governor Ridge effectively made Carol Collier its Executive Director. It once served the purposes highlighted but, starting with Collier and continuing under the feckless Tambini, it transitioned into just another environmental special interest. Tambini’s announcement by news release is fork-tongued blathere:

At the November 2, 1961, ceremonial signing of the Delaware River Basin Compact, President John F. Kennedy referred to the formation of the DRBC as a ‘bold venture,’” said Steve Tambini DRBC Executive Director. “I am here today, sixty years later, to say that the venture is working. The Commission, through interstate planning, science, engineering and management, has successfully improved and protected water quality, ensured water availability and resiliency for diverse water users and stands ready to meet future water resource challenges in our Basin.”

Really, Steve? You have the nerve to write about ensuring water availability for diverse users after you literally sold out to anti-fracking special interests by taking their money and imposed restrictions on the natural gas industry that you have imposed on no other industry? That’s an outrageous lie, buddy and you know it. 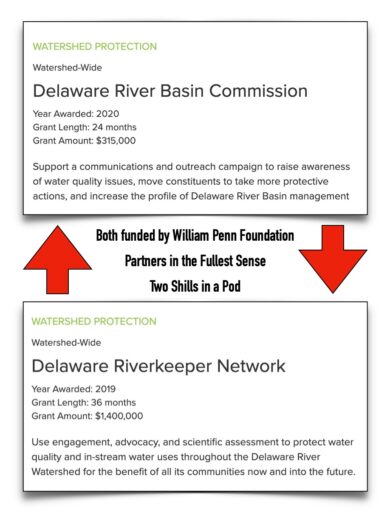 Two recent grants from the William Penn Foundation. Conflicts of interest? You bet!

It’s time to disband this conflicted agency for violating the Compact itself.

Could China Pull Us Down with It?

This speaks for itself:

Given the extreme disconnect between China’s huge economy-driven oil and gas needs and its minimal level of domestic oil and gas reserves, the country’s influence over oil prices has long been profound…

This was a product largely of the 8 percent-plus annual GDP growth recorded by China over that period, with many spikes well above 10 percent and only a relatively short move down in economic growth at the onset of the Great Financial Crisis. Aside from huge quantities of imported oil and gas, this massive economic growth was fuelled by enormous debt piled up but then hidden away in various financial mechanisms that China believed it could simply pay off eventually through its rapid economic growth. Developments in the last week or so hint that both of these bubbles may be set to burst, taking the big bid in oil out of the market…

Added to this macroeconomic uncertainty is increasing unease that China’s long-disguised bubble of debt will finally explode. Originally brought to light by the then-Fitch analyst, Charlene Chu, China had long been hiding vast quantities of debt that it had accrued through a multitude of state-related businesses through a range of difficult-to-examine schemes, most notably back then ‘wealth management products’ (WMPs). Typically, these offered a high rate of return and were up until recently effectively unregulated and were mainly sold to the public. More latterly they were also sold increasingly to banks and other financial institutions. In practical terms, they were an amalgam of layers and layers of liabilities built upon the same underlying assets, much as was seen with subprime asset-backed securities that the Western banks had in 2007/08 in the lead up to the onset of the Great Financial Crisis.

The China Communist Party is the biggest threat out there to all of us. Every industry, including natural gas, could be affected.