Readers pass along a lot of stuff every week about natural gas, fractivist antics, emissions, renewables, and other news relating to energy. This week (two days late due to Christmas); California fools gold, Europe as New England and and New York’s future and those who want the land.

Every bad idea starts in California, of course:

The Los Angeles City Council voted unanimously Friday to ban new oil and gas wells in the city and eventually close existing ones, part of an oil phaseout trend in California.

“When this ordinance goes into place, there will be no new oil and gas production whatsoever,” Councilmember Paul Krekorian said during the council meeting. “That’s a pretty monumental step that we’re taking.”

Los Angeles is one of the biggest sites of oil drilling in the nation’s most populous state, along with Kern County in the California Central Valley. 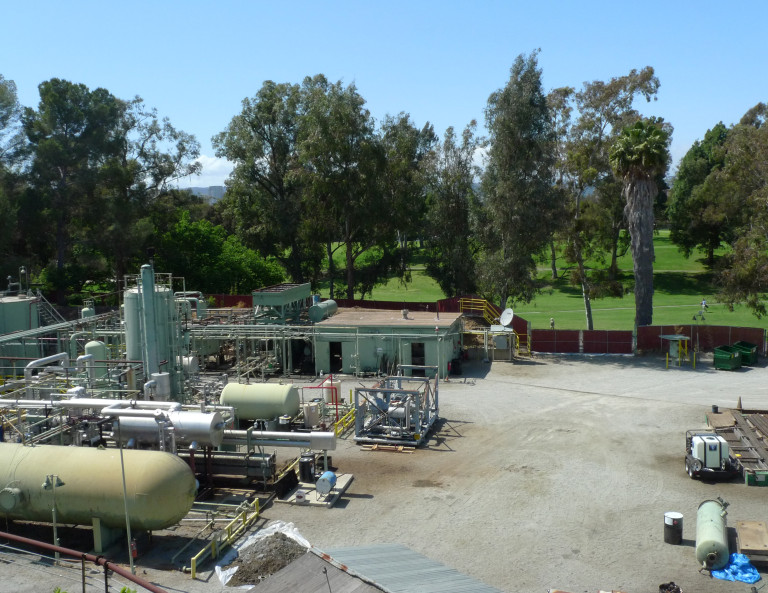 The California Air Resources Board last month released its updated “Scoping Plan,” a blueprint that lays out how the state aims to achieve carbon neutrality in 2045. The analysis identifies a desired drop in petroleum consumption of 94 percent by 2045. It also outlines a plan to phase out natural gas use in buildings.

That means, he said, that “every barrel we don’t produce you have to tanker in from a foreign country. They’re just moving to increase imports from foreign countries into our crowded ports.”

It’s more expensive oil, which will drive up the cost of gasoline, he said. It also will cut in-state jobs and “probably lead to costly litigation.”

The council vote approved a plan to shut down existing wells within 20 years. Additionally, it directed the city to study whether LA has the legal grounds to shorten that term for some oil and gas wells.

This story illustrates the self-hating soul of Western Civilization’s elites; a willingness to throw out everything good in a spasm of guilt at having done so undeservingly well in their own eyes, as other elites focused on more money and power encourage them to do so.

What foolishness isn’t started by California is launched by New York and here is its future:

Europe’s climate-consciousness is hardly paying off for European families who face startling energy blackouts this winter amid a dangerous energy crisis. The energy shortage is largely due to an over reliance on solar and wind generated power made worse by Europe’s 2015 Paris Climate Accord agreement, which mandated the closing of coal-fired power plants and replacing them with less reliable wind and solar power alternatives.

There is no doubt that unpredictable energy sources such as these cause unnecessary suffering, financial strain and even illness among the most vulnerable. Americans should take heed from Europe’s misguided energy strategy and misplaced reliance on wind and solar power, or else watch many regions of the United States endure lengthy power shortages.

As the colder months roll in, Europe could soon face temporary cuts in cell phone and internet service, school closures from a lack of lighting and heating and even traffic jams from underpowered traffic lights. In Germany, a country heavily dependent on Russian gas due to its shuttered nuclear power plants, candle sales have skyrocketed in anticipation of power blackouts. In fact, electric car owners in Finland are being told not to heat their vehicles on frigid mornings to avoid straining the electrical grid… 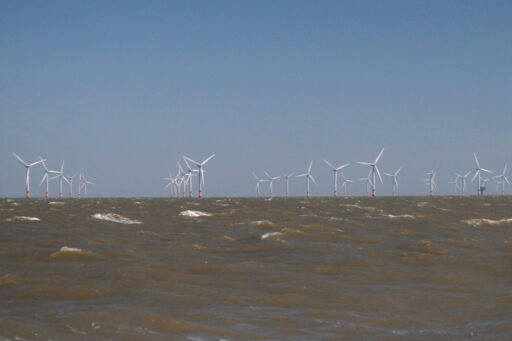 UK wind farm; out to sea in every way

When it comes to relying on wind power, sometimes the wind just doesn’t blow. Europe experienced this phenomenon in 2021 when a drastic reduction in wind caused a decrease in energy generation by wind turbines. Just recently, wind power production in the UK fell from 28% of overall energy production to just 3%.

Due to a lack of wind power, the UK’s reliance on coal for energy outperformed wind and solar even though the country has nearly banned its coal production entirely. The reliability of coal is so obvious that the nation is beginning to reinvest in coal mines to keep the plants open for business. Still, it’s doubtful such reinvestment will spur an uptick in reliable energy in time to protect its citizens from frigid winter temperatures.

Solar energy, on the other hand, has proven to be just as unpredictable in its output, despite Europe’s aggressive commitment to the source. Since Russia cut gas supplies after Europe’s sanctions over the war in Ukraine, there has been a sharp increase in demand for natural gas, forcing prices to rise higher and higher as a result. But this is a bad omen for elderly, lower-income Europeans ill-equipped to deal with the consequences of supply chain issues.

Ordinarily, Europe sees an increase in winter deaths but over 100,000 Europeans could die from high energy prices this winter, according to a study by The Economist magazine. If each country experiences its coldest winter since 2000, the death toll could rise to 185,000. But even if the temperatures remain at usual levels, 147,000 more people could die from cold-related illnesses than if the electricity costs stayed at 2015-2019 averages.

The sheer arrogance of those who are taking New England and New York down the path of Europe is criminal.

Now They’re Coming for the Land Itself

It’s always been about the land and the desire of elites to own it, which is a part of their relentless pursuit of more money and power and their intent to restore feudalism:

First, they came for the oil, now they’re coming for the cows. Environmentalists have no shame or sense and farmers around the world are, forget the pitchforks, “setting hay bales ablaze and dumping manure on motorways,”report April Roach, Tracy Withers, Jen Skerritt, and Agnieszka de Sousa for Bloomberg.

Never mind that food prices have spiked around the world. For instance, grocery prices are up 13 percent in the US this year. The Dutch government said it would buy out as many as three thousand of the biggest emitters (farmers) in a voluntary one-time offer. While the weather turns cold and gas supplies become scarce the green gang in Holland is setting aside €24.3 billion ($25.6 billion) to fund the transition. “Those who refuse will be forced out of business,” reports Bloomberg. 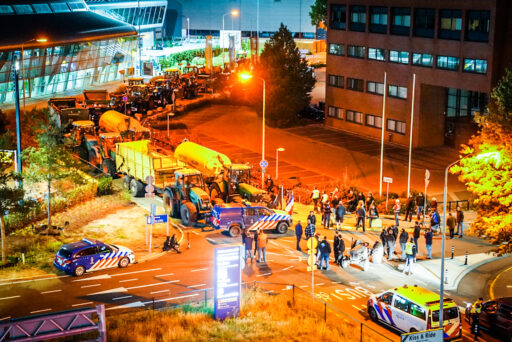 Bloomberg’s quartet of reporters doesn’t say what the government will do with the land once they seize it, but you can detect their point of view with this, “Intensive farming—and decades of official inaction—have devastated biodiversity in the Netherlands, forcing the government to impose drastic measures.”

“Devastated biodiversity?” This is food we’re talking about. Something humans require. Mother nature deals farmers enough bad hands, what with droughts, floods, fires, and pests. Now, the heavy hand of government believes it must get rid of cows because, well, they fart and urinate…

In heavily farmed New Zealand, where agricultural exports account for half the country’s exports, the government passed a law in hopes that net agricultural emissions will be reduced 24 per cent by 2050, with farmers being forced to cut emissions 10 percent in just three years, when the emissions levy comes into force…

Farms produce about a third of greenhouse gasses in Ireland and farmers are expected to cut emissions by a quarter, compared with three-quarters percent targets for electricity and by half for transport. In Canada, farmers expect to lose $8 billion in foregone output this decade to comply with government mandates. “We’re being asked to do something to benefit all of society yet we’re the ones left with the bill,” says Chuck Fossay, who farms with his brothers on 3,600 acres outside of Winnipeg that’ve been in the family since the early 1900s. “We have to do what we can, but it has to be achievable, and it has to be fair.”

Back in the Netherlands, that government’s issue with cow urine has politicians requiring farmers to slash emissions by as much as 70 percent. And the closer a farm is to one of the country’s 160 protected natural areas, the tighter the limits.

To meet government mandates, “livestock numbers must shrink by a third overall. If the government gets its way, the biggest polluters will be closed by this time next year.”

Sadly, ordinary grocery shoppers will blame the grocery store as food prices continue upward and environmentalists pat themselves on the back and are feted as heroes in the mainstream media.

Sadly, the last part is true but there is an awakening taking place right now as to the role of elites in controlling the lives of others and it may not end so well for them.