The EV Edition of “Be Careful What You Wish For”

Europeans have boxed themselves into a corner by going green and ignoring the advice of Reagan and Trump not to make themselves dependent on Russian natural gas. They’ve might have gotten by doing one or the other but not both. But the smug Europeans thought they knew more than us:

To ensure energy security this winter, Switzerland could become the first country to limit the driving and use of EVs, German daily Der Spiegel reports, citing multiple media reports on the Swiss four-stage action plan to avoid blackouts.

Driving EVs could be banned in Switzerland unless in cases of “absolutely necessary journeys” in stage three of the power conservation plans. The country also plans a stricter speed limit on highways in the recently proposed action plan, which has yet to be adopted. 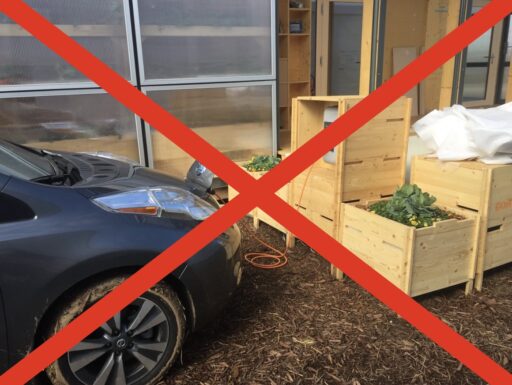 No charging of your Swiss EVs will be allowed in the event of electricity shortages!

Switzerland typically imports electricity from France and Germany to meet all its power demand, but this year supply from its neighbors is constrained.

Arrogance and condescension is always appropriately rewarded, of course. Sadly, our White House occupant agrees with the policies that got them into o much trouble even as France’s  erudite little leader comes to the U.S. and tries to tell him the whole thing was a failure. Even more sadly, Macron didn’t understand he wasting his breath on a senile version of a man was always the dumbest man in the Senate and crooked to boot.

The video says it all, especially the last line:

Attention Farmers (And Everyone Else): You’re Next

Farmers have enjoyed some special attention in recent years as urbanites, consumed with rural character envy, have agreed to fund farmland preservation efforts, but now the attention is turning in a dark direction as the elitist knights of the World Economic Forum turn their eyes toward farmland they want for themselves. you know; “own nothing and be happy” as you rent from them:

The Dutch government is planning to buy out and close as many as 3,000 farms in the country, exacerbating an already-bitter dispute with growers as leaders attempt to halve the country’s nitrogen emissions by 2030.

Leaders said last week they plan to allocate some $25 billion to the buyout plan, which they will use to purchase between 2,000 and 3,000 Dutch farms and other large nitrogen emitters “well over” their property values.

If farmers do not agree to the plan, the buyouts could become compulsory. “There is no better offer coming,” Dutch Nitrogen Minister Christianne van der Wal told members of parliament last week.

“I’m committed to strengthening nature and at the same time investing in future-proof agriculture” she says. Translation: “I’m stealing your farm and giving to my elitist friends.”

The plan comes as the Dutch government moves to halve its nitrogen emissions by 2030 in accordance with European Union conservation rules. But to meet that target, the government estimates that 11,200 farms will have to close, and 17,600 others will have to reduce their livestock numbers significantly.

This program is a nasty brew of corporatism, elitism and ecological insanity. It shows us the WEF and its knights are determined to own everything and render us all serfs in their kingdom and climate change—the grandest scam ever, with unsettled science as the backdrop and COVID serving as a nice trial run—is the excuse. It is scary and will remain so for those immediately impacted, but  it’s important to realize how unaware these people are or just how cartoonish they appear to the rest of us. It will not end well for them. Their supreme arrogance, too, will be appropriately rewarded.

Toomey Introduces Bill to Help Manchin (and Us)

Pat Toomey has always been friendly with Joe Manchin and this bill is a patently obvious attempt to help Joe after his disastrous deal with Biden on the incredibly harmful “Inflation Reduction Act” but it’s a good bill, will help natural gas and ought to be passed.

“It is long past time to stop the exploitation of outdated laws to prevent the construction of pipelines, which are the safest and most efficient way to transport natural gas, by activists and the politicians who cater to them,” Senator Toomey said. “The obstruction of commonsense, essential energy infrastructure projects has resulted in higher energy costs, increased global reliance on energy produced by tyrants like Vladimir Putin, and ironically prevented increased distribution of the energy source most responsible for the declines in U.S. greenhouse gas emissions.” 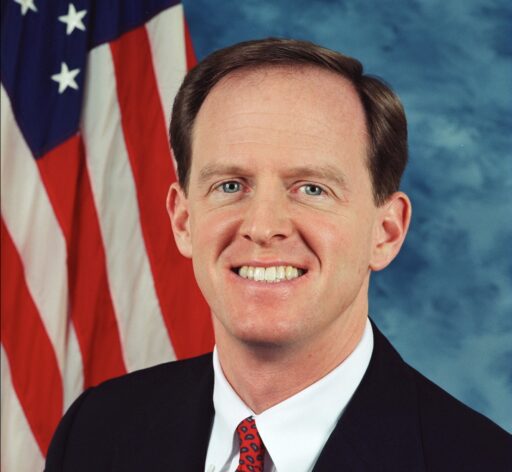 Here’s some important background on the Pipeline Permitting for Energy Security Act:

Can this bill get past Nancy Pelosi’s land-duck House and Joe Biden, let alone get over a a Senate filibuster by Bernie Sanders and his ilk? Seems unlikely, but maybe and let’s hope so. Go Pat!

If not Joe Manchin will have the perfect excuse to with parties.