Climate change prophecy hangs its hat on computer climate models. The models have gigantic problems. According to Kevin Trenberth, once in charge of modeling at the National Center for Atmospheric Research, “[None of the] models correspond even remotely to the current observed climate [of the Earth].” The models can’t properly model the Earth’s climate, but we are supposed to believe that, if carbon dioxide has a certain effect on the imaginary Earths of the many models it will have the same effect on the real earth.

The climate models are an exemplary representation of confirmation bias, the psychological tendency to suspend one’s critical facilities in favor of welcoming what one expects or desires. Climate scientists can manipulate numerous adjustable parameters in the models that can be changed to tune a model to give a “good” result. 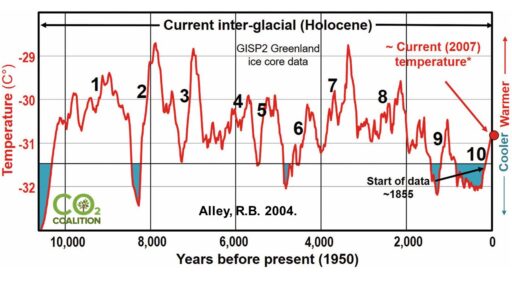 The history and reality climate models do not reflect. Source: CO2 Coalition.

Technically, a good result would be that the climate model output can match past climate history. But that good result competes with another kind of good result. That other good result is a prediction of a climate catastrophe. That sort of “good” result has elevated the social and financial status of climate science into the stratosphere…

The International Panel on Climate Change (IPCC) averages together numerous models (an ensemble), in order to make a projection of the future. Asked why they do this rather than try to pick the best model, they say that the ensemble method works better. Why would averaging worse models with the best model make the average better than the best? This is contrary to common sense…

There is a political reason for using ensembles. In order to receive the benefits flowing from predicting a climate catastrophe, climate science must present a unified front. Dissenters have to be canceled and suppressed. If the IPCC were to select the best model, dozens of other modeling groups would be left out. They would, no doubt, form a dissenting group questioning the authority of those that gave the crown to one particular model. With ensembles, every group gets to participate in a rewarding conspiracy against humanity.

Yes, the climate emergency is junk science intended to justify more research dollars for the researchers and mega-dollars for investors in green eggs and scam.

So, Politics Are the Cause of High Natural Gas Prices, Then? Who Knew?

Don’t you just love the ending and the prediction of when natural gas prices are likely to decline?

The U.S. Energy Information Administration is predicting that average heating bills for homes that use gas furnaces will rise 30 percent this winter. 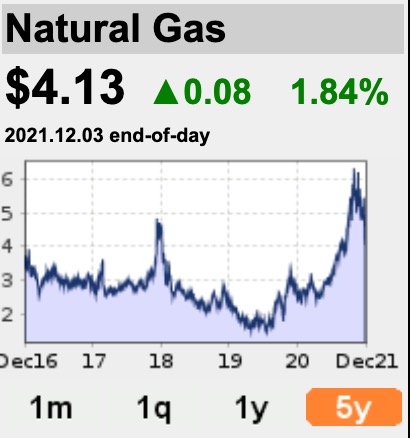 This comes as U.S. gas supply remains high, according to a biennial assessment from the Potential Gas Committee, a group of volunteer geoscientists, engineers and other experts.

Including reserves, future gas supply in the U.S. stands at a record 3,863 trillion cubic feet, up 25 tcf from levels reported in 2019, the group said Tuesday at an event co-hosted with the American Gas Association.

Of that total, so-called technically recoverable resources — or those in the ground but not yet recovered — are 3,368 tcf, the PGC said, down less than 0.2 percent from the last assessment.

The amount of technically recoverable gas went relatively unchanged from year-end 2018 for several reasons, including a lack of company activity in exploration efforts last year due to COVID, said Alexei Milkov, the group’s executive director…

The EIA predicts that gas production will increase and prices will begin to drop in 2022.

David Flaherty, CEO of the Republican polling firm Magellan Strategies in Colorado, said prices could particularly hit seniors. But he said he expected the energy crunch to ease in the U.S. well before the election.

“By early summer, this is likely to be behind us,” he said.

When, of when, will we ever learn?

This is a wonderful summary of why energy density still matters:

Due to unavoidable physical constraints, future green technologies offer little promise for achieving economies of scale. Many of the improvements suggested to improve their performance remain marginal and frequently come with the environmental costs of additional embedded energy requirements, extensive land use and greater material complexity. The outcomes achieved under laboratory conditions are not guaranteed to be viable at the scale necessary for them to make a significant difference.

Efforts to improve energy efficiency remain essential, but those efforts are not likely to reduce aggregate energy use. The vehicles and appliances of 2050 will likely be more efficient than those of today, but precisely because of their greater efficiency there will be many more of them. Under almost any scenario, global electricity demand will increase between now and 2050…

The technological vision implied by national pledges for a carbon neutral 2050 assumes that future societies will be able to: 1) Harvest nearly all the energy society uses directly from renewable natural sources (sun, wind, currents, waves, vegetation); 2) Store large amounts of electricity over long periods, and 3) Collect carbon dioxide molecules from mixed gases and dispose of them. A further implied assumption is that governments and citizens will be willing to pay the costs of environmental externalities independent of their cost, including the costs of avoiding a predicted climate disaster…

Centuries of searching for chemically compatible materials for a battery that can store significant energy, charge quickly, sustain many charge-discharge cycles, and do so safely and reliably have yielded batteries capable of powering appliances but still not well suited to powering vehicles or electric grids. Todays’ electric cars use a considerable amount of energy to transport their own battery packs. Utility scale batteries require massive capital outlays for equipment that offers hours, not days, of storage capacity… 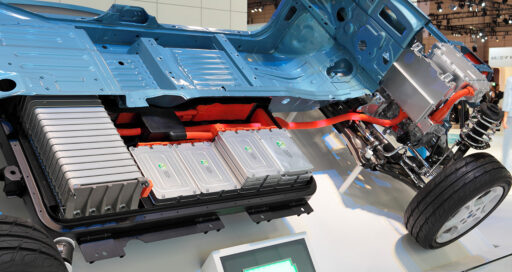 Confidence that green technologies can scale to dominate national energy systems remains based more on marketing claims than on demonstrated operational experience. The national goals set for 2050 present a supreme technological challenge to reduce environmental fallout while raising living standards for billions around the globe. Neither rich nor poor nations can afford to invest in technologies that achieve questionable benefits at the expense of accessible, reliable energy services for its citizens. Technologies that do not scale are destined to remain boutique technologies, the purview of the rich, environmental activists, and politicians that seize upon them to make empty promises.