Time to Put the Science Back in Science and Get Politics the Hell Out of It!

The parallels between the way the press and many institutions of supposed learning have treated fracking and the Wu-Flu are striking:

America’s scientific and media communities finally seem to be waking up, at least partially, to the damage to the reputation of science in general that has been caused by the seemingly enforced orthodoxy about the coronavirus. It remains an open question as to whether that same lack of trust also manifests itself in the studies and the publicity that can be erroneously presented as factual relating to fracking.

With regard to fracking, as the Ukraine situation now is reaching truly dangerous proportions, the Biden administration is scrambling to supply Germany and other countries in Europe with natural gas from overseas sources that are not Russian. The Administration is doing this while all the while restricting the ability of America’s own natural gas bounty to pick up the slack… 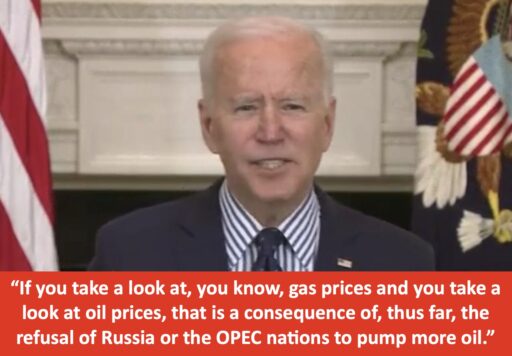 Unfortunately, fracking’s case will not be made in the national television broadcast networks or major news outlets. They remain fully wedded to the negative fracking absolutism which leaves no room for discussion of any potential benefits…

Instead, it will be up to individual Americans to determine for themselves the cost versus benefit of fracking. Meanwhile, perhaps the abuse of science during the coronavirus may eventually lead to a reevaluation of the place of science in political discussions generally, and also of those who claim to represent and follow science over any political agenda but sometimes do not live up to that.

The Disingenuous Nature of Being A New England Politician

Let’s be honest; these 10 senators are some of the worst demagogues in the world, on par with old Soviet spokespeople, China’s today and Baghdad Bob of Iraq:

Just as U.S. exports of liquefied natural gas (LNG) serves as the main cog in helping keep the lights on and homes heated in Europe in this windless winter, a group of Democratic senators sends a letter to Energy Secretary Jennifer Granholm urging her and the Biden administration to take action to limit U.S. LNG exports.
In their letter, these 10 senators “…urge the Department to conduct a review of LNG exports and their impact on domestic prices and the public interest, and develop a plan to ensure natural gas remains affordable for American households. Until such a plan is completed, the Department should consider halting permit approvals of U.S. LNG export facilities.”
…Here is a list of the senators who signed this letter: Jack Reed (D-RI), Angus King (D-ME), Elizabeth Warren (D-MA), Ed Markey (D-MA), Debbie Stabenow (D-MI), Tina Smith (D-MN), Richard Blumenthal (D-CT), Patrick Leahy (D-VT), Gary Peters (D-MI), and Sheldon Whitehouse (D-RI)… 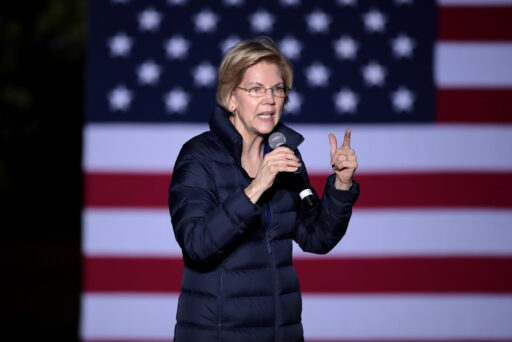 Where high natural gas prices for utility consumers are concerned, what do all New England states have in common in recent years?

They’ve all found themselves cut off from the massive natural gas supply provided by the Marcellus and Utica Shale formations of the Pennsylvania/West Virginia/Ohio and Michigan region.

Because their fellow Democrats in New York State, led by disgraced ex-Governor Andrew Cuomo, have refused to allow pipelines to be built across that state, which forms a land blockade from the Marcellus/Utica shale basins to New England.

Thus, we see the spectacle every winter of LNG being imported into Boston Harbor by tanker after tanker coming not from U.S. exporters, but from thousands of miles across the ocean from other exporting nations, including from 4,000 miles distant in Vladimir Putin’s Russia.

If lowering natural gas costs for their constituents were really the goal of these senators, their best, most effective approach would be advocating for the building of a few hundred miles of new pipelines across New York from Pennsylvania, rather than invoking bans that ensure the continuation of the illogical, carbon-intensive practice of bringing natural gas into Boston Harbor from 4,000 miles away in Russia.

At the end of the day, this letter to Sec. Granholm only demonstrates that these 10 senators either have no understanding of the true potential benefits involved in the import/export equation for LNG, or that they intentionally misrepresent these benefits for the U.S. and the world for purely political reasons. Neither option is especially flattering.

They are intentionally misrepresenting matters, of course. Such stinking rotten lying politicians, their duplicity only exceeded by the stupidity of those who elected them.

It gets worse every single day. It has became patently obvious Joe Biden is but a stand-in, a figure chosen not to lead, but to follow, and too far gone to even understand what’s happening. He has been a puppet of corporatists and radicals united in unholy alliance to bring down society, so as to rebuild it as a new utopian form that guarantees elites power and money forever and ever. Think I’m hyping it? Check out this:

A recent, high-level hire at the Department of Energy’s Office of Nuclear Energy is a drag queen, LGBTQ+ activist who has “lectured” on kink at college campuses and participated in interviews about fetish roleplay. In one interview, Sam Brinton – now a top Biden official – even discusses having sex with animals.

This isn’t a case of someone on the Biden team failing to vet a hire. This person was quite obviously chosen to help deal with our nuclear wastes precisely because of the outrageousness of it all.

There are far too many instances of this and other bizarre behavior (e.g., the squelching of pipelines here as Russia is enabled to move ahead with its version, the crackdown on fracking here while begging Mid-East tyrants for oil, the denial of permits for natural gas pipelines as New England imports LNG, the stopping of rare earth mining in the U.S. as solar and wind needing them are promoted).

Biden is being orchestrated by his controllers to bring down the temple on himself in Samson fashion, so it, along with him, can be replaced with a new one where the serfs will be made to obey, the money and power will again flow upward to elites and the radicals will get to play house with the rest of our lives.