It’s About Our National Interests, for Crying Out Loud,
Not Some Damned Special Interest Climate Agenda!

Our friend Dan Markind, a loyal Democrat, offers some words of wisdom about what’s not happening vis-a-vis Ukraine:

…without a realistic approach to energy, that takes account of all of the numerous political, economic, social, and even security issues that are tied up with it, we will constantly find ourselves vulnerable to those in other societies, such as China and Russia, who view this entire issue through national interest, with little concern for altruism or for the planetary environment as a whole. To amplify that point, despite our massive reserves of oil and natural gas, at the time of Putin’s invasion the United States still is importing over 500,000 barrels of oil a day from Russia! 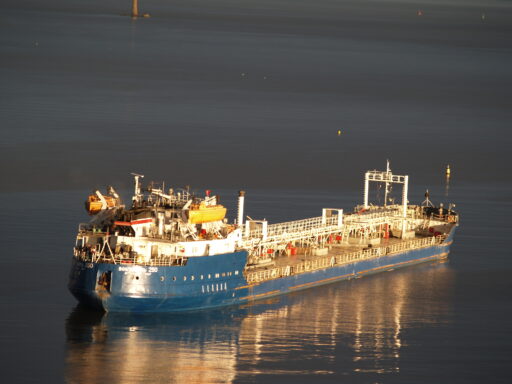 …In light of Russia’s aggression in Ukraine, we no longer have the option of intellectualizing this debate. People now are dying in Europe, and one of the chief weapons in the larger context within which Putin’s invasion of Ukraine is taking place is Europe’s overall energy vulnerability. Should this situation play out for any length of time, that vulnerability will be a major factor in determining the future world situation.

Viewed within that prism, and in the face of Putin’s naked aggression, it seems clear that President Biden’s energy policies have been a colossal failure. We are not safer, the environment is not cleaner, our political and security situation is not better, and our economies are not stronger. By any measure, we need a rethink.

Dan offers a calm reasoned analysis of this situation that is more than worthy of your time. Read the whole thing.

But, the Biden Puppeteers Aren’t Listening

The Biden team, an enemy of oil and natural gas drilling from the beginning, is paying no attention to the energy lessons being given by the Russian attack on Ukraine, of course:

As oil prices continue to rocket, now further helped along by Russia’s invasion of Ukraine, the Biden administration is still fighting tooth and nail to freeze new oil and gas drilling leases – even after a court ruled against the administration for using a metric to estimate “the societal cost of carbon emissions” to justify their move.

Despite the court’s ruling, Biden’s administration has stopped new leases and permits for federal oil and gas drilling, MSN reported this week.

The administration was previously prevented from using the “social cost of carbon” metric in decisions regarding oil and gas thanks to an injunction issued by US District Judge James Cain of the Western District of Louisiana.

But government lawyers quickly appealed the injunction, arguing that it “necessitated a pause on all projects where the government was using a social-cost-of-carbon analysis in its decision-making.” This, in turn, allowed the Biden administration to freeze oil and gas projects…

The timing couldn’t be worse for the administration, as this week’s invasion of Ukraine by Russia has pushed Brent well above $100/barrel. We noted earlier this week that JP Morgan has suggested oil could average at about $110/barrel for the remainder of the year – but this prediction was also before the current geopolitical conflict in Europe escalated.

Only Yesterday, We Had Become An Exporter, and Now…

Higher net crude oil imports are set to make the United States a net petroleum importer this year again, as in 2021, after a historic shift of being a net petroleum exporter in 2020, the U.S. Energy Information Administration (EIA) said on Friday.

A net petroleum importer is a country that imports more crude oil and refined products than the crude and products it exports.

While the U.S. has been a net petroleum products exporter for more than a decade, it has always been a net crude oil importer, that is, it imports more crude than it exports.

How quickly one man can destroy everything!

Here’s something Facebook’s censors deemed unacceptable: I wrote a comment using the latest peer-reviewed research from the medical journal Lancet on deaths caused by heat and cold. The paper is the first to show that globally, every year, half a million people die because temperatures are too hot, while 4.5 million people die because it is too cold. In other words, nine times more people die from the cold than the heat.

I ran afoul of Facebook’s fact-checkers for noting that over the past 20 years, our higher temperatures, which we would expect from global warming, have increased heat deaths and decreased cold deaths. I calculated the net effect in terms of saved lives every year and was flagged for “misinformation.”

To avoid social-media censorship of this article, I bizarrely have to cite one of the study’s lead authors instead of putting it in my own words. As that author stated, from 2000 to 2019, “Earth’s temperature increased by 0.26 degree Centigrade per decade. This reduced cold-related deaths by 0.51% and increased heat-related mortality by 0.21%, which led to a reduction in net mortality due to hot and cold temperatures.” 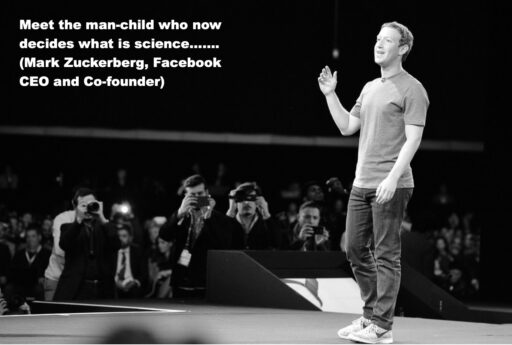 It’s worth considering why this is deemed “misinformation.” Clearly, it cannot be climate-change denial to highlight the effects of increasing temperatures. It rather seems that the facts are muzzled because they don’t fit into activist-approved talking points, which frame climate change as an overwhelming, always-worsening crisis everywhere, with no exceptions.

By labeling this evidence “misinformation,” Facebook suppresses crucial facts that could help us identify the best policies to reduce future heat and cold deaths while reining in global warming effectively — which surely should be the goal.

The blatant censorship now being exercised by Big Tech, at the behest of Biden team politicians, and under the umbrella of special Federal law protecting them from liability, is one of the biggest scandals EVER.