So, They’re Blaming Others for Their Actions? Who’d Have Thunk It!

The sheer gall of politicians on the left never ceaases to amaze:

Progressive Democrats including Sen. Bernie Sanders and Rep. Pramila Jayapal, the head of the House progressive caucus, have sent a letter demanding the Federal Energy Regulatory Commission (FERC) investigate whether “market manipulation” is causing natural gas prices to rise 30 percent on average for consumers over last winter, an astonishing $746 per household.

In 2020, Sanders celebrated efforts by progressives to cancel the Atlantic Coast pipeline. Today, New England is facing rolling blackouts. “Getting [natural] gas to [progressive Senators Ed] Markey and [Elizabeth] Warren’s Massachusetts is so difficult,” reports The Wall Street Journal, “that sometimes it comes into Boston Harbor on a tanker from Russia.” 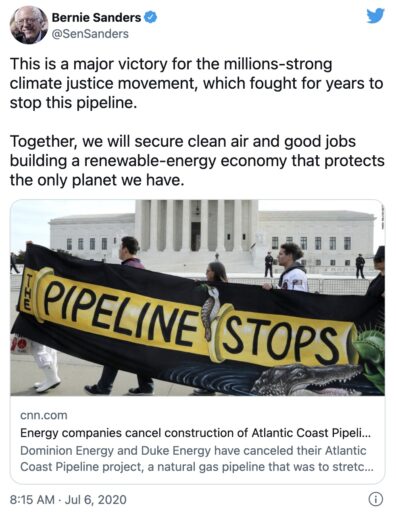 … the main reason there isn’t enough natural gas production is because of successful progressive Democratic efforts to restrict natural gas production in the United States, Europe, and other parts of the world in the name of fighting climate change, as I was one of the first to report last fall. Sanders and Jayapal talk about “market manipulation” and “profiteering” but to the extent there is any of either it’s because of inadequate supplies of natural gas and the pipelines to transport it.

Successful shareholder activism, known in the industry as “ESG” for environmental, social, and governance issues, resulted in less investment in oil and gas production, and more weather-dependent renewables, which result in higher prices everywhere they are deployed at scale. Even ESG champions including Financial Times, Goldman Sachs, and Bloomberg all now acknowledge that it was climate activist shareholder efforts that restricted oil and gas investment.

Such efforts also directly led to increasing carbon emissions. Last year saw a whopping 17 percent increase in coal-fired electricity, which resulted in a six percent increase in greenhouse gas emissions. It was the first annual increase in coal use since 2014. The reason for it was because of the scarcity and higher price of natural gas, coal’s direct replacement, not just in the U.S. but globally, since the US exports a significant quantity of natural gas.

The truth always tends to out over time, doesn’t it?

National Fuel Gas would be dumb not to take this offer:

The centerpiece to a New York climate action plan has some Pennsylvania lawmakers eyeing an opportunity to bring a natural gas company’s headquarters to the commonwealth.

“I want to stamp this out and make a statement right now,” Laughlin told the Capital-Star during a Monday phone interview. “Pennsylvania is pro-natural gas, and we’re not going to do these ridiculous mandates like the governor of New York is trying to do.” 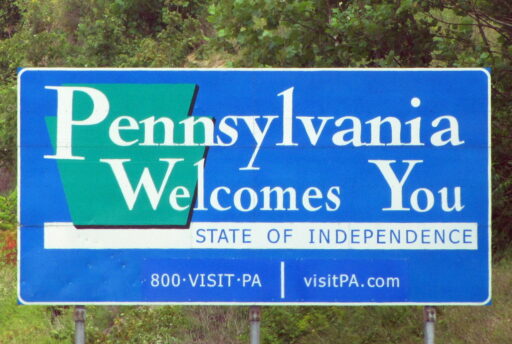 The proposed ban in New York is part of a multipronged climate action plan, which includes reaching 70 percent renewable energy by 2030 and net-zero emissions by 2050. It comes amid an ongoing, national debate over cutting down on fossil fuels to combat climate change. Critics, including the fossil fuel industry and its allies, argue that curbing demand will raise the cost of utility bills while ultimately doing little to stop climate change.

Laughlin said conversations with National Fuel Gas have been ongoing since he was first elected. Hochul’s endorsement, which came amid a swarm of statewide clean energy investment announcements, of legislation that would require all new construction to use zero-emission heat sources by 2027, ultimately prioritizing electricity over fossil fuels, “spawned a fresh round of discussions, Laughlin said.

A spokesperson for the Williamsville, N.Y.,-based gas supplier, which employs more than 2,000 across western New York and northwestern Pennsylvania, did not respond to a message seeking comment. The company also has some Pennsylvania-based customer assistance call centers.

Erie County is home to eight federal opportunity zones, which provide tax benefits to investors who develop in the zones, often based in low-income urban and rural communities nationwide. If the move were to become a reality, it could bring jobs to the region and spur economic growth.

The contempt of New York State governors for Upstate and reason never ceases to amaze! Pennsylvania, though far from perfect and currently led by a trust-funder of similar mentality still has a few of its marbles left at least.

Google Tries to Bury the Truth

This is what is happening routinely at Google, the company that wants to run the world but took adavantage of your money to build a gigantic bird-frying, turtle-killing solar project:

I’ve been getting Google warnings for a couple months now about “policy violations,” but nowhere was it listed what pages were in violation, and what those violations were. There are Adsense rules about ad placement on the page (e.g. a drop-down menu cannot overlay an ad), so I was assuming it was something like that, but I had no idea where to start looking with hundreds of web pages to sift through. It wasn’t until the ads were demonetized that Google offered links to the pages in question and what the reason was.

Of course, I should have figured out it was related to Google’s new policy about misleading content; a few months ago Google announced they would be demonetizing climate skeptic websites. I was kind of hoping my content was mainstream enough to avoid being banned since:

Many of you know that I defend much of mainstream climate science, including climate modeling as an enterprise. Where I depart of the “mainstream” is how much warming has occurred, how much future warming can be expected, and what should be done about it from an energy policy perspective.

From the information provided by Google about my violations, in terms of the number of ads served, by far the most frequented web pages here at drroyspencer.com with “unreliable and harmful claims” are our (UAH) monthly global temperature update pages. This is obviously because some activists employed by Google (who are probably weren’t even born when John Christy and I received both NASA and American Meteorological Society awards for our work) don’t like the answer our 43-year long satellite dataset gives. Nevermind that our dataset remains one of the central global temperature datasets used by mainstream climate researchers in their work.

Strike a blow for truth! Never use Google! Use DuckDuckGo! Defend free speech! Live not by lies!