Readers pass along a lot of stuff every week about natural gas, fractivist antics, emissions, renewables, and other news relating to energy. This week; the KXL mistake, grid overload, udder madness and bourgeoisie boredom.

It Was All A Mistake, Then?

There has never been a worse White House occupant than Joe Biden.

At long last, the Biden administration is admitting what experts have always known: reckless energy policies have disastrous consequences. This time, the Department of Energy quietly released a reporthighlighting the positive economic benefits of developing the Keystone XL pipeline from Canada, an energy project canceled by President Biden in the hours following his inauguration.

But the DOE’s report is a proverbial day late and a dollar short. The cancelation of the Keystone XL pipeline has already cost the United States thousands of jobs and billions in economic growth while families suffer under the weight of record high energy prices. It’s time for lawmakers to make American energy independence a top priority.

Released without a formal announcement, the DOE’s report points out that the pipeline would have created between 16,149 and 59,000 jobs and would have had an economic benefit of between $3.4 and 9.6 billion. That’s no small impact. Yet with one stroke of his pen, Biden slashed the project and instead focused his efforts on costly “green energy” goals. As a result of his executive action, 11,000 pipeline workers were promptly laid off and told to “go to work to make solar panels” instead.

So, who will Joe blame that one on? And, what will he do about natural gas pipelines?

And, Another “I Told You So”

Germany today after refusing to frack, making itself dependent on Russian natural gas and blindly pursing a failed Energiewende:

The Federal Network Agency is planning to ration the power supply to heat pumps and EV charging stations in order to protect the distribution grids from collapse. Charging times of three hours to charge electric cars will be allowed so that they can cover a distance of 50 kilometers.

Electric cars, heat pumps and private solar systems are booming. This is pushing the power grids in cities and communities to their limits. 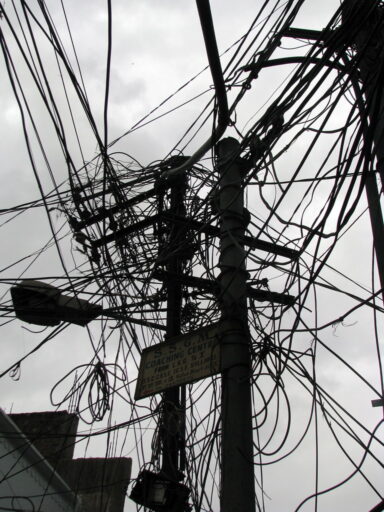 An expert quoted by the “FAZ” warns that the local power grids are in danger of becoming the bottleneck for the energy transition. According to estimates, expanding it would cost a three-digit billion amount.

The Federal Network Agency wants to ration electricity for consumers to prevent a collapse in supply.

Authoritarian ideologues get what they deserve? Seems so.

Gone to loony town? Well, yes, it appears so:

A Tennessee farmer condemned the idea of forcing cows to wear masks and diapers to contain their methane emissions, saying the people who came up with the idea have “gone to loony town.”

French dairy giant Danone announced in mid-January it is considering putting masks on cows to trap their burps in an effort to reduce methane emissions by 30% come 2030. In the future, cows could also be forced to wear diapers to trap their flatulence.

Methane is natural gas and it’s natural. What’s not understand except how is it possible so many businesses get sucked into such ludicrous virtue-signaling for the sake of the gigantic financial fraud that is the ginned up climate crisis? There is no crisis and it’s all about the money and the power, absolutely nothing else. If you’re worried about it, put your owned damned diaper on and go sit in the corner. And, if you still can’t hack it, just remember natural gas has reduced carbon emissions more than any other single measure.

Our Bored and Dangerous Upper Class

This article gets it nearly all correct:

The downfall of capitalism will not come from the uprising of an impoverished working class but from the sabotage of a bored upper class. This was the view of the Austrian economist Joseph Schumpeter in 1942. Schumpeter believed that at some point in the future, an educated elite would have nothing left to struggle for and will instead start to struggle against the very system that they themselves live in.

Nothing makes me think Schumpeter was right like the contemporary climate movement and its acolytes. The Green movement is not a reflection of planetary crisis as so many in media and culture like to depict it, but rather, a crisis of meaning for the affluent.

Take for example a recent interview with Stanford biologist Paul Ehrlich on CBS‘s 60 Minutes. Ehrlich is most famous for his career as a professional doom monger. His first major book, The Population Bomb, gave us timelessly wrong predictions, including that by the 1980s, hundreds of millions of people would starve to death and it went downhill from there. Ehrlich assured us that England would no longer exist in the year 2000, that even modern fertilizers would not enable us to feed the world, and that thermonuclear power was just around the corner…

Like the prophet of any religion, Ehrlich is not there to explain the world but to reinforce the upper class’s favorite worldview of the imminent end of the world, something that can only be prevented if we fundamentally change the way we live. Of course, by “we,” they actually mean “you.” It’s not the Tesla driving AOC or the jet-setting Stanford professor Ehrlich who will adapt their lifestyles, but the rubes of the working- and middle-class who supposedly eat too much meat, drive too many miles on gas-guzzling cars, or even book the occasional flight to go on vacation…

Just like [John] Kerry, Ehrlich, and these other groups are not really interested in solving the problem of climate change—for example, promoting research in technologies like nuclear energy, carbon capture technologies, and means of adaptation. Instead, they with to elevate their struggle to an ersatz-religion that allows them to simultaneously enjoy their wealth and lecture the rest of the world from a position of moral superiority.

They are pouring money into those efforts, as the German journalist Axel Bojanowski pointed out, to a degree that would make the oil lobby blush. At the “Climate Action Summit” in 2018, two dozen billionaire-backed foundations pledged 4 billion dollars for climate-change lobbying. Some of them, like the Hewlett Foundation, are directly funding journalists at the Associated Press for “climate reporting,” while foundations associated with the Packard and Rockefeller families have been backing the journalistic endeavor “Covering Climate Now,” which “collaborates with journalists and newsrooms to produce more informed and urgent climate stories” and is financing hundreds of media outlets. 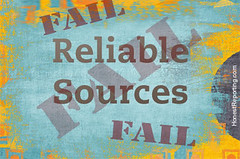 One would assume that a journalistic class that constantly prides itself on speaking truth to power would object to talking money from billionaires to promote their peculiar interests, but the opposite is the case. And it makes perfect sense, since the contemporary media is ideologically in the same camp as the billionaire class; they enjoy lecturing the rest of society just as much as Ehrlich and his acolytes…

This isn’t about the planet. It’s about the boredom of the bourgeoisie. And they don’t care who has to pay to alleviate it.

You might ask why I said “nearly all” and not totally correct. The answer is that I believe the author gets it exactly right as far he goes; boredom and moral superiority are root causes but there is also the desire for more power and more wealth under the cover of guilt-free pride. This is what Bill Gates typifies, as do the Rockefellers with their investments in China and Nat Simons with his in solar scams. For Klaus Schwan, it’s power to rule the word and so on. A dangerous mix to be sure.