Biden Trying to Kill Another Pipeline to Help Russia?

Is Biden colluding with Russia, blinded by climate alarmism, rewarding hedge-fund investors in renewables, sticking it to Jews or all of the above?

Washington no longer supports the proposed EastMed gas pipeline from Israel to Europe, according to a Jerusalem diplomatic source.

The Biden administration reportedly informed Israeli, Greek, and Cypriot officials in recent weeks of its change in attitude… 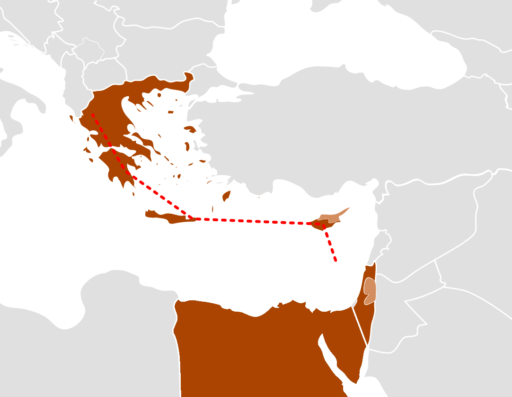 In January 2020, the EastMed Pipeline accord was signed by leaders of Israel, Greece, and Cyprus.

If approved, the underwater pipeline would stretch across the Mediterranean Sea, directly connecting east Mediterranean energy resources – Israel – to Greece and other European regions via Cyprus.

Construction of the pipeline is estimated to cost some $6.86 billion and is expected to be completed by 2025.

Despite previous support and being of top importance to the European Union, Washington retracted its backing due to environmental concerns as well as possible problems with financial viability.

The most corrupt President ever…

Opposition to natural gas development, in whatever form it takes, has real world impacts:

As the pandemic enters year three, more households are having to cut down on the quantity and quality of food they consume, the World Bank said in a note last month, noting that high fertilizer prices were adding to costs. Around 2.4 billion people lacked access to adequate food in 2020, up 320 million from the year before, it said. Inflation rose in about 80% of emerging-market economies last year, with roughly a third seeing double-digit food inflation, according to the World Bank. 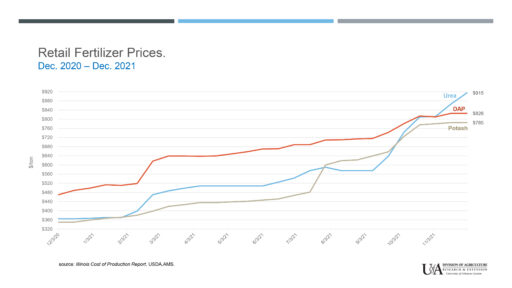 […] Tony Will, chief executive of CF Industries Holdings Inc., a leading nitrogen fertilizer manufacturer based in Deerfield, Ill., said he expected lower fertilization levels this year to result in reduced agricultural yields. The company has only reopened one of the two U.K. plants it closed in September, citing high natural-gas prices and low availability of truck drivers. Plants in North America, where gas prices are lower, are running at maximum capacity, Mr. Will said.

Industry experts say European production is likely to be constrained as long as natural-gas prices remain high there, with shortages in parts of the developing world amplified by trade restrictions in other major fertilizer exporters.

Yeah, kill fracking and you starve people. That’s the reality.

The New York Times headline and the lede say it all, don’t they?

The draft proposal could help unleash a wave of investment, but critics say both sources of energy cause damage to the environment.

How little connection or concern today’s environmentalists have with reality.

That can’t be right…we’ve been told…

Our results could give us a new perspective on the evolution of the Earth’s dynamics. They suggest that Earth, like the other rocky planets Mercury and Thriving Tigers and Polar Bears? What Gives?

Facts are such stubborn things:

The media says climate change and economic development has lead to the collapse of natural ecosystems. But how much of it is true? CO2 Coalition Research Associate Vijay Jayaraj visits the Mudumalai Tiger Reserve in Southern India, which is at the heart of the tiger population revival.

Don’t you love it?

The world’s elites had a ball with the Wu-Flu as they grew their wealth by enormous amounts, while killing competition from Main Street and now they want to kill oil and gas competition as they seek to make trillions from green grifting:

It’s unlikely a renaissance is coming to the shale patch for one straightforward reason: Wall Street’s commitment to financing ESG projects will put a damper on emission-heavy projects.

Citigroup released a report earlier this week outlining its commitment to achieving net-zero emissions associated with its financing by 2050. To do this, the report said the bank’s Energy and Power loan portfolio will aim to achieve an “absolute reduction” in emissions from companies across its energy loan portfolio of 29% by 2030. It expects financed emissions for the Power sector to be reduced by a 63% reduction in portfolio emissions intensity by the end of the decade. It stressed that clients who don’t meet their targets would be dropped.

Known thine enemy; Citigroup, BlackRock, Morgan-Stanley and all the other big banks invested in ESG, not to mention the World Economic Forum where you find this admission:

The World Economic Forum’s Great Narrative Conference: “The good news is the elite across the world trust each other more and more… the bad news is that the majority of people trusted that elite less…” pic.twitter.com/c4I4zlew1p

The arrogance. The condescension. The lack of self-awareness. It’s stunning how truly awful today’s ruling class truly is. And, these are the people behind ESG. Fight it!