Readers pass along a lot of stuff every week about natural gas, fractivist antics, emissions, renewables, and other news relating to energy. This week; short people, the “Precipice,” the LNG top of the heap and stuffing the cod.

If You Read the New York Times You Are Wasting Your Life!

This is what passes for intelligence at the New York Times, which is all hat and no cattle:

A New York Times op-ed suggests that everyone should “mate with shorter people” in order to save the planet.

Author Mara Altman, claims that “When you mate with shorter people, you’re potentially saving the planet by shrinking the needs of subsequent generations.”

“Lowering the height minimum for prospective partners on your dating profile is a step toward a greener planet,” she adds in the piece. Just drive on by and don’t waste your time…

Altman argues that shorter people are “inherent conservationists, which is more crucial than ever in this world of eight billion,” adding that “if we kept our proportions the same but were just 10 percent shorter in America alone, we would save 87 million tons of food per year (not to mention trillions of gallons of water, quadrillions of B.T.U.s of energy and millions of tons of trash).”

Altman continues, “Short people don’t just save resources, but as resources become scarcer because of the earth’s growing population and global warming, they may also be best suited for long-term survival (and not just because more of us will be able to jam into spaceships when we are forced off this planet we wrecked).”

“Our success as individuals does not depend on beating up other people or animals. Even if it did, in an era of guns and drones, being tall now just makes you a bigger target,” Altman adds, concluding “I want my children’s children to know the value of short.”

If you are stilling reading the New York Times there is literally no help for you. The best way to save the planet is to use natural gas. Everyone knows that; even short people.

This is an excellent book that lays out so much of what is wrong today:

Creators generate the wealth that leads to the civilization’s success. These include the scientists, surgeons, engineers, techies, manufacturers, constructors, and members of the building trades, who provide the foundation for any modern society. 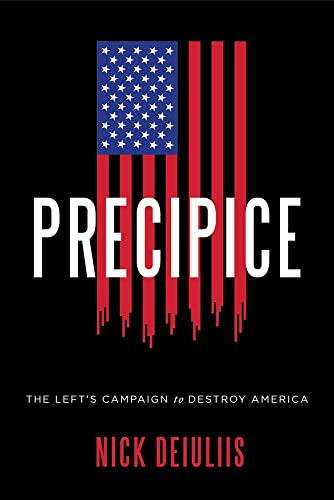 Servers make up the largest societal member group and include those who improve the quality of life for individuals and increase efficiency for everyone – from the waitress in a restaurant to the mechanic who fixes your car to the landscaper who mows your lawn. Servers do the jobs you might be able to do yourself but are willing to pay someone else to do in order to free yourself up for other things.

Finally, Leeches, as their name suggests, live off the productivity of a host – with the hosts in this case being the members of the other three groups.

Get a copy of “Precipice” here. You want be disappointed and you’ll be motivated to do something about the leeches and something for natural gas! You won’t regret it! I know because I’ve read it!

European foolishness helps take the United States to the top in LNG exports!

Bloomberg reported today that the lighting fast increase in U.S. LNG shipments abroad had brought it on par with the world’s largest exporter per cargo-tracking data compiled by the news agency.

What’s more, the U.S. could have topped Qatar if it weren’t for the fire that shut down the Freeport LNG facility in mid-2022 and kept it shut down for the remainder of the year. With Freeport LNG, total U.S. LNG exports would have hit 86 million tons, Rystad Energy said at the end of last year.

This year, however, when Freeport LNG restarts, the United States could see an 11-percent increase in LNG exports, Rystad Energy said last year, which would make it officially the largest LNG exporter globally, surpassing Qatar… 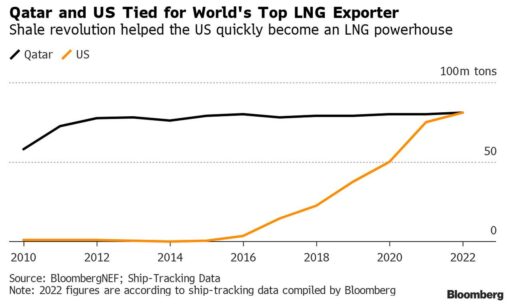 Demand, meanwhile, is something that U.S. producers do not need to worry about. As Europe pivots away from Russia pipeline gas, it will remain a huge source of demand for American LNG for the observable future…

The United States only joined the LNG export scene in 2016 amid an abundance of shale gas and growing demand for gas globally. Asia used to be the top destination for U.S. cargos until last year when Europe suddenly emerged as a major importer amid Russia’s gas supply cuts and the EU’s determination to switch its gas dependence on Russia with one on the United States.

The Feds are throwing out the playbook to ensure corporatist off-shore wind grifters get the what they want and the hell with the environment:

US government scientists warned federal regulators the South Fork offshore wind farm near the Rhode Island coast threatened the Southern New England Cod, a species so ingrained in regional lore that a wooden carving of it hangs in the Massachusetts state house.

The warnings were delivered in unpublished correspondenceweeks before Interior’s Bureau of Ocean Energy Management authorized the 12-turbine South Fork plan in November 2021. And they serve tounderscore the potential ecological consequences and environmental tradeoff of a coming offshore wind boom along the US East Coast. President Joe Biden wants the US to deploy 30 gigawatts of offshore wind by the end of the decade.

The nascent US industry is already facing mounting challenges from supply-chain struggles and surging costs, including interest rates, prompting the developers behind a separate project near Massachusetts to seek a delay in planning for the venture.

Marine scientists have warned that projects along the New England coast could imperil endangered North Atlantic right whales. And in August, the New England Fishery Management Council identified Atlantic waters already leased for offshore wind development as a “habitat area of particular concern,” a designation that encourages the government take a more stringent and cautious approach to permitting.

Concerns about South Fork, the 132-megawatt project being developed by Orsted AS and Eversource Energy, focused on its overlap with Cox Ledge, a major spawning ground for cod and“sensitive ecological area that provides valuable habitat for a number of federally managed fish species,” a National Oceanic and Atmospheric Administration assistant regional administrator said in an October 2021 letter to Interior Department officials. Based on in-house expertise and peer-reviewed science, the agency said “this project has a high risk of population-level impacts on Southern New England Atlantic cod.”

The Southern New England Atlantic cod’s populations have declined amid overfishing and warming ocean waters, prompting conservationists to seek bans on commercial and recreational fishing of the iconic species.

“Our cod stocks are not in great shape,” bemoaned Tom Nies, executive director of the New England Fishery Management Council. “We’ve been struggling to rebuild our cod stocks for some time, but they’re still not producing like they should.”

Never trust anyone with authority as Robert Kennedy told his son.