The cabal who bragged about perpetuating a con to put Biden in the White House need to new held accountable:

When relatively small countries allied to the Western bloc do not accept phone calls from the President of the United States, it is a matter of no little significance. It was reported on Tuesday that the White House was “unable to arrange calls between President Biden and the de facto leaders of Saudi Arabia and the United Arab Emirates” as US officials worked overtime to garner international support for Ukraine and tame a surge in oil prices…

Just how did the US, the guarantor of regional security in the Middle East and ally to key oil-producing monarchies in the Persian Gulf, come to this rather ignominious state of affairs, when the leaders of the Saudi Arabia and the UAE snub President Biden’s phone calls? 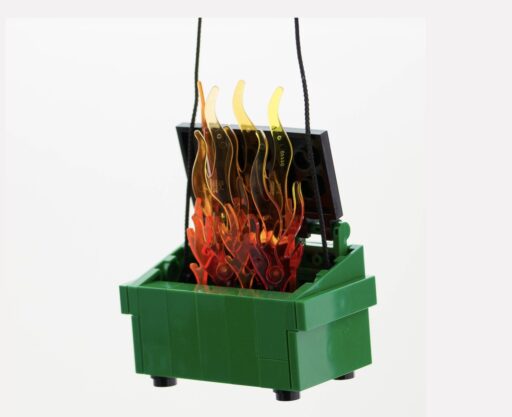 …The slide in U.S. prestige in the Middle East may be traced to President Obama’s two-term reign. The cornerstone of his foreign policy sought to distance the US from its traditional Arab Gulf allies as well as Israel to “normalize” Iran in the region. Obama forced through the Joint Comprehensive Plan of Action (JCPOA) nuclear deal with Iran that gave it access to over $100 billion, of which $1.8 billion in untraceable cash was flown into Tehran. This, it was thought, would allow the US to extricate itself from its Middle East security commitments and seal President Obama’s foreign policy legacy.

The appeasement of Iran by President Obama’s administration, seen by the moderate Gulf Arab states as little short of betrayal, is pursued by the Biden administration (“Obama 2.0”) with even greater zeal…

The Biden administration’s enthusiasm to resume the 2015 nuclear agreement with Iran which President Trump pulled out of in 2018 has shown new heights (or depths). A recent report cited Russian ambassador Mikhail Ulyanov, head of the Russian delegation to the Vienna talks on the nuclear deal, who said that “Iran got much more than it expected” in the talks. The Biden administration is now on the brink of signingwhat commentators have called a “surrender pact” — negotiated for the US by the very same Russia which just launched the first European full-scale land war since Armistice Day 1945. The new deal will take Iran off the list of Foreign Terrorist Organizations and allow Iran to sell oil in world markets (including the US itself) as well as permit Iran to have nuclear weapons and ballistic missiles to deliver them within a few short years…

Perhaps most convoluted in the Biden administration’s Middle East diplomacy relate to its contradictory approach to oil markets. After having cancelled the completed Keystone XL pipeline which would have delivered over 800,000 barrels per day of Canadian crude oil to US refiners on the first day of office, President Biden unleashed a full-scale regulatory assault on US oil and gas production, halting oil and gas leases on federal land, suspending oil leasing in Alaska and, most recently, inflicting even further environmental constraints for approving natural gas pipelines and export terminals. Oil and gas development in the US during Biden’s year in office has been hamstrung by nuisance lawsuits, the empowerment of radical environmental groups, and the weaponization of key agencies such as the EPA, BLM, FERC, and even the US Fed, all geared towards an anti-fossil fuel crusade to “fight climate change”.

Yet, just a few months after blocking the Keystone pipeline, Biden lifted sanctions on the Nord Stream 2 pipeline imposed by the previous administration, opening the path to greater European dependence on Russian gas and potentially exposing Ukraine to a loss in transit fees in existing gas pipelines. Despite 14 months of having waged war on domestic oil and gas production and transport, as promised in his presidential election campaign (“we are going to get rid of fossil fuels”), President Biden bizarrely asserted on Tuesday that it is “simply not true that my administration or policies are holding back domestic energy production”.

Need anything more be said? Well, not until tomorrow, at least, when Brandon will take us down another notch into the bizarre world whether everything is a disaster.

The Worst Ruling Class EVER! The Dumbest President EVER!

Biden needs to be impeached. But, it’s not just him. Look at who is after him in the line of succession; Kamala Harris, Nancy Pelosi, Patrick “Leaky” Leahy and Anthony Blinken. The immediate future is bleak, but we can the long-term will lead to an end of this insanity with a collapse and replacement of this ruling class:

… now that gas prices are the highest on record and the Biden administration is flailing, its approval rating crushed by soaring gas prices and desperately pointing the finger at Putin or any other feces that will stick to the wall, suddenly the president is going for a full U-turn and hoping that everyone has been sufficiently neuralized to forget that on the very first day of his administration, the 79 year old president ordered the closure of the Keystone XL pipeline (in a hilariously titled Executive Order called “Executive Order on Protecting Public Health and the Environment and Restoring Science to Tackle the Climate Crisis“) and froze new drilling leases while pushing for disastrous initiatives that centered on clean energy.

So fast forward to today when ignoring over one year of catastrophic policies, the U.S. State Department’s senior energy security adviser Amos Hochstein – seeing the freefall in White House approval ratings – turned that tables hoping that most Americans are idiots instead of only half, and said that shale companies choosing not to reinvest massive profits into higher production growth at a time of war is “appalling.” 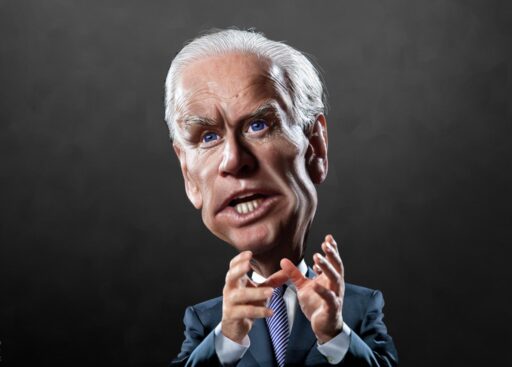 Hammered by policies that discourage evil investments boosting “fossil fuel” output, and under pressure from activist investors to boost cash flows after a decade of weak returns, many publicly traded explorers are limiting production growth to no more than 5%. But that is suddenly at odds with the Biden administration’s efforts to curb soaring inflation and energy prices at home.

So after a year of trying to defang domestic energy companies, the White House – whose Fed Vice Chair candidate Sarah Bloom Raskin even went so far as suggesting to starve energy companies of capital – is now asking producers to raise oil supply to replace Russian crude flows after Biden banned oil imports from the country.

Don’t forget the Biden team (Obama’s third-term gang) want much higher gas prices. We just enjoyed four years of extremely low prices in real inflation-adjusted dollars and these people are determined to undo it all. That’s their goal. High energy prices are a feature to them, not a bug.

The End Of Energy Innocence

Dan Markind is always worth reading:

When Vladimir Putin sent his troops into Ukraine to go conquer that democracy, all of the abstract concepts about energy ended. While not quite a Pearl Harbor moment in terms of instantaneous ideological shift, Putin’s invasion nonetheless has made clear – very clear – the importance of energy independence in a world where bad actors really do exist and they cannot be reached through conventional warfare or other means of world punishment…

Indeed, not even during the Cold War did any Russian leader dare publicly to threaten the use of nuclear weapons like Putin has done. That appalling fate, too awful for Khrushchev or Brezhnev even to mention, apparently doesn’t faze Putin or his Foreign Minister, Sergei Lavrov. It is clear that the rest of the world is dealing with a different kind of Russia in 2022 than many thought we have seen in the past… 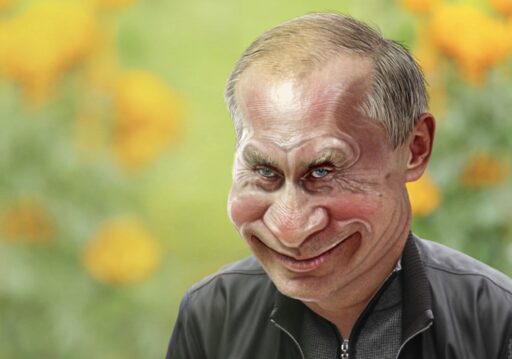 In weighing his odds, Putin would have had good reason to believe that European dependence on Russian energy would temper their reactions. As a whole, Europe depends on Russia for 40% of its natural gas. That is an enormous percentage, not likely to be replaced by Europe moving to any one replacement supplier, at least not overnight. Despite certain countries like France already relying heavily on nuclear energy, and notwithstanding a determined push to increase renewables, almost half of Europe’s energy use is in the form of oil or natural gas. To the extent, then, that there is a link between our Western energy dependence on Russia and the bombs falling on Kyiv and Kharkiv right now, it is not hyperbole to say the cost of energy dependence on Russia has had truly deadly implications.

Lost in the current debate about whether or not to ban American imports of Russian oil and gas is the fact that oil and gas production is not nearly as much of an issue for the United States as is distribution. Despite a year of the Biden Administration placing new restrictions on energy production and limiting new oil and gas leasing, American natural gas production actually increased in 2021 above the 33.5 trillion cubic feet (Tcf) produced in 2020. In fact, the Energy Information Agency anticipates that we will continue to set monthly records of production in 2022.

However, the problem lies in the fact that our national refusal to construct new pipelines results in our inability to transport the oil and gas efficiently from where it is produced to where it needs to go…

Some of the most prolific natural gas wells in the world lie in the Marcellus Shale basin in Northeastern Pennsylvania, only a three hours drive from New York City. As I have written before, the actions by Northeastern state governors over the last few years to block pipelines mean that, instead of the New York area receiving a secure supply of natural gas drilled domestically using American state of the art environmental safeguards and with royalty payments going to American farmers and other property owners, the New York area has had to import other countries who often do not have similar environmental safeguards. In addition, the failure to build out our fossil fuel pipeline infrastructure means we have been importing oil from Russia, which is drilled in the Arctic without those environmental safeguards and with payments in dollars actually feeding Putin’s war machine. An even more extreme example is Massachusetts. The Bay State generates 2/3 of its energy from natural gas, and receives 60% of all liquefied natural gas imports that reach the United States from foreign suppliers, including even Russia in the past…

Dan also makes the case the industry needs to do a much better job of making its own environmental case for natural gas. He could be correct and some of readers will certainly agree, but it seems to me that case has been made often and repeatedly over the last decade and the problem is that the other side, which dominates the media, doesn’t wan to hear it. Indeed, they explicitly reject it and hype up ridiculous counterclaims because there is too much at stake for them ideologically (they really want socialism) and financially (corporatist enablers want green eggs and scam). Consequently, this strategy simply cannot work without strong Presidential leadership and that is gone, gone, gone. Regardless, I encourage everyone to read all Dan’s article because, as I said, he’s always worth reading.