Congress Is Too Often the Cause of Our Misery

Why is that Congress so frequently acts against the interests of the nation? Because it too often acts to protect special interests and getting it to back up and re-evaluate always takes a crisis:

As outrage mounts over Russia’s invasion of Ukraine, Americans may be chagrined to learn that despite being the world’s largest oil producer and a net exporter of petroleum products, the United States turns to Russia to help meet its energy needs. Indeed, imports of Russian petroleum products have averaged over 370,000 barrels per day over the last decade, and in 2020 Russia was the third‐​largest source of U.S. petroleum imports. But why? While a number of factors explain this phenomenon, part of the answer lies in protectionist U.S. policy. More specifically, the Jones Act. 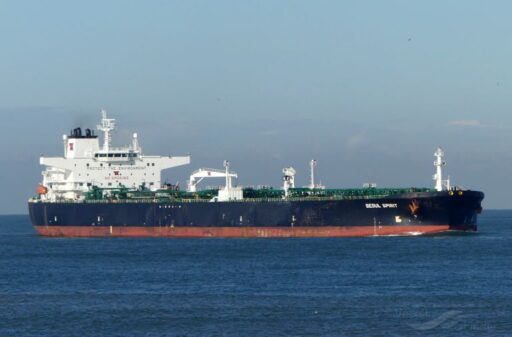 Passed in 1920, the Jones Act restricts the domestic waterborne transport of goods to vessels that are U.S.-flagged, U.S.-built and mostly U.S.-crewed and owned. But such vessels are several times more expensive to build and operate than foreign ships, resulting in very high shipping rates. So high, in fact, that after factoring in the cost of Jones Act shipping it can often make more sense to buy products from distant countries rather than other parts of the United States—including petroleum.

We should be protecting Americans from having to rely upon an enemy’s resources, which is precisely what the Jones Acts inadvertently has accomplished. Politicians claiming to protect us are seldom not at the root of every problem.

It’s been fascinating watching the evolution of Elon Musk, the master of using taxpayers funds to further his own corporatists initiatives. He took Andrew Cuomo for as the patsy he was with the Buffalo Billion and became a darling leftist. But, the Wu-Flu and California’s ludicrous response changed him. Like, Dr. Naomi Wolf, he came to see the extreme dangers of out-of-control government and he is becoming more red-pilled by the day, now even admitting this:

Tesla co-founder and CEO Elon Musk called on the United States to increase its domestic oil output in response to Russia’s invasion of Ukraine, while also acknowledging that his electric car company would be negatively affected by that move. 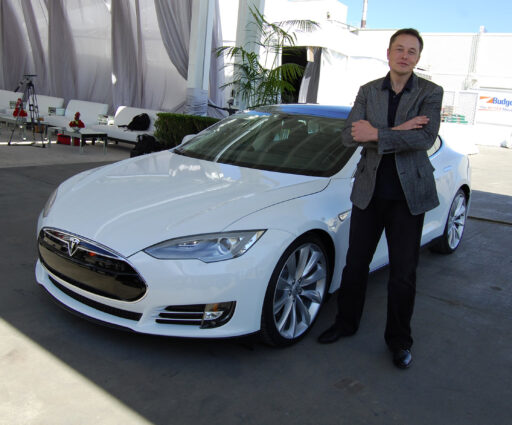 The Biden administration has faced increased criticism from both sides of the aisle in recent days for not doing more to focus on American energy production in response to Russia’s invasion of Ukraine, which has disrupted energy markets worldwide.

Additionally, reports have shown that the U.S. is buying 650,000 barrels a day from Russia, which some have argued is essentially financing Russian President Vladimir Putin’s war machine.

Wonders never cease. When even Elon Musk admits we need more oil and gas, you know the Green New Deal has started to fall apart.

Who Exactly Feels Sorry for These New York City Folks?

The story looks for the blame in all the wrong places but the reality is, nonetheless, stark for New York City folks who elected mayors and governors who would simply adopt the green agenda of naive city dwellers who never produced much of anything practical in their entire lives, let alone energy:

“Sky-high”electric bills on the front page. Europe? The U.K? No, just north of New York City, where local politicians criticized Consolidated Edison of NY, the local electric utility. And further, local business people noted that they had warned of this potential problem a decade ago when the last governor decided to close down the nearby nuclear power plant, Indian Point. Some customers complain that their supply bill (for their electricity usage, not the lines or wires) has tripled in past months. For the typical consumer this is a noticeable increase. 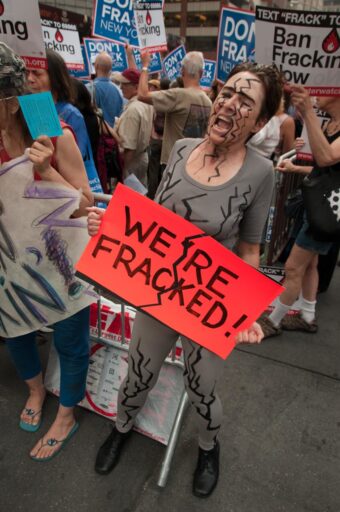 NYC protester now feeling the pain of her actions!

Con Edison—which in the past has taken the stand that it just delivers the electricity (they don’t actually produce it) so go complain somewhere else—announced that it “was reviewing our practices…” and will work out programs to help customers who are struggling to pay these rapidly escalating electricity bills. Meanwhile the staffer of a local member of Congress said, “At the end of the day, it is Con Edison that bills New Yorkers, and, therefore Con Ed that bears direct consumer responsibility for this egregious price hike…” Politicians have focused on how to help consumers pay their bills this winter, both here and in Europe.

Do we feel sorry for the people who voted commie Bill DeBlasio not one, but twice? Nah.

And, Joe Biden’s Lackeys Do What They Can to Make It Worse!

FERC is now firmly under the control of the Biden puppet masters who want to appease greenies and reward hedge-funders invested in the big green scam by regressing back to the dark ages of energy:

On February 18, 2022, the Federal Energy Regulatory Commission (FERC or the Commission) issued two policy statements that will have significant impacts on applications for certificates of public convenience and necessity to construct pipeline infrastructure projects under sections 3 and 7 of the Natural Gas Act (NGA). The first is an updated Certificate Policy Statement, which modifies the standards FERC will apply when evaluating pipeline certificate applications. The second is a greenhouse gas (GHG) emissions Interim Policy Statement that attempts to address how FERC addresses GHG emissions associated with pipeline certificate applications…

For the first time, the Interim Policy Statement creates a “bright line” with respect to GHG emissions levels that will necessitate the preparation of an Environmental Impact Statement (EIS) rather than an Environmental Assessment (EA). The Interim Policy Statement establishes a rebuttable presumption that proposed projects with 100,000 metric tons per year of GHG emissions will be deemed to have a significant impact on climate change. As a result, FERC will prepare EISs for all proposed projects exceeding 100,000 metric tons limit, while FERC will prepare EAs for projects with emissions under that level.

This is insanity, of course. Pipelines are merely a form of transportation infrastructure, the lack of which is creating the high prices discussed above. Moreover, no amount of good will come from these measures, because China and India are ignoring the whole issue and will simply take advantage of our political correctness. Finally, not how completely out-of-step the Biden folks are with events. They are living in the past in every respect.