Readers pass along a lot of stuff every week about natural gas, fractivist antics, emissions, renewables, and other news relating to energy. This week: Pelosi, LNG Demand and drilling poll!

Are there any three worse leaders in the Western world than Biden, Schumer and Pelosi? The questions answers itself with this bit of demagoguery from the 82-year old Nancy, who is even more out of it than Biden:

House Speaker Pelosi said Thursday that Democrats will present a bill on gasoline pricegouging next week. The bill will enable the President to issue emergency declarations making it illegal to increase gasoline prices, according to Bloomberg Energy reporter Javier Blas: 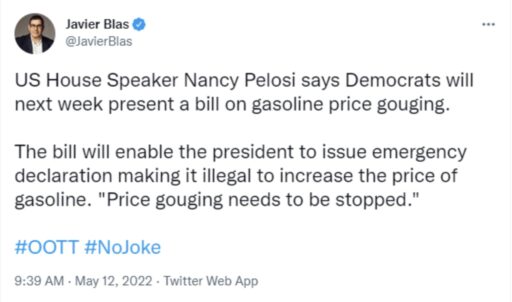 Is there anyone who does not understand it is her party’s obsession with killing off fossil fuels to enable green grifting that is raising fuel prices? Is there anyone who doesn’t understand price controls never work and ultimately only produce shortages and higher prices? It’s Economics 101 and Pelosi’s attempt to demagogue the situation she helped create is embarrassing beyond belief.

But, I Thought the Energiewende Would Solve Everything!

Europe has boxed itself in by pursuing an incredibly stupid Engeriewende instead of developing its LNG terminals and its own natural gas resources, the Bowland Shale in the UK being a resource that could dwarf even the Marcellus:

A liquified natural gas (LNG) crisis is brewing for European countries dealing with energy insecurity in the wake of Russia’s invasion of Ukraine, as demand will outstrip supply by the end of this year, Rystad Energy research shows. Although soaring demand has spurred the greatest rush of new LNG projects worldwide in more than a decade, construction timelines mean material relief is unlikely only after 2024. 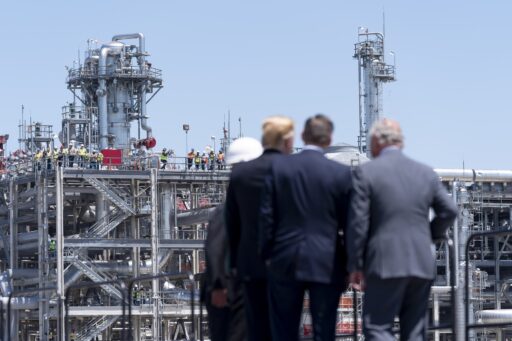 Global LNG demand is expected to hit 436 million tonnes in 2022, outpacing the available supply of just 410 million tonnes. A perfect winter storm may be forming for Europe as the continent seeks to limit Russian gas flows. The supply imbalance and high prices will set the scene for the most bullish environment for LNG projects in more than a decade, although supply from these projects will only arrive and provide relief from after 2024.

But, it’s even worse, because Europe is now financing the Russian war on Ukraine with rubles it pays the Russkies for the natural gas it refuses to develop on its own and is unable to buy from us; a situation created by trying to appease the corporatist oligarchs of the IEA and the World Economic Forum. Europe, like New York City, has earned its troubles. Read more on this self-created disaster here (Hat Tip: I.G.).

Voters Want Natural Gas; Climate Action Not So Much!

Every time push comes to shove, natural gas and energy development end up on top:

A majority of voters are concerned about rising energy costs and favor increased drilling for oil and gas, although most Democratic voters consider reducing climate change a higher priority.

A new national telephone and online survey by Rasmussen Reports and the Heartland Institute finds that 82% of Likely U.S. Voters are concerned about rising energy and gasoline prices, including 60% who are Very Concerned. Only 14% aren’t concerned about the rising price of energy. (To see survey question wording, click here.) 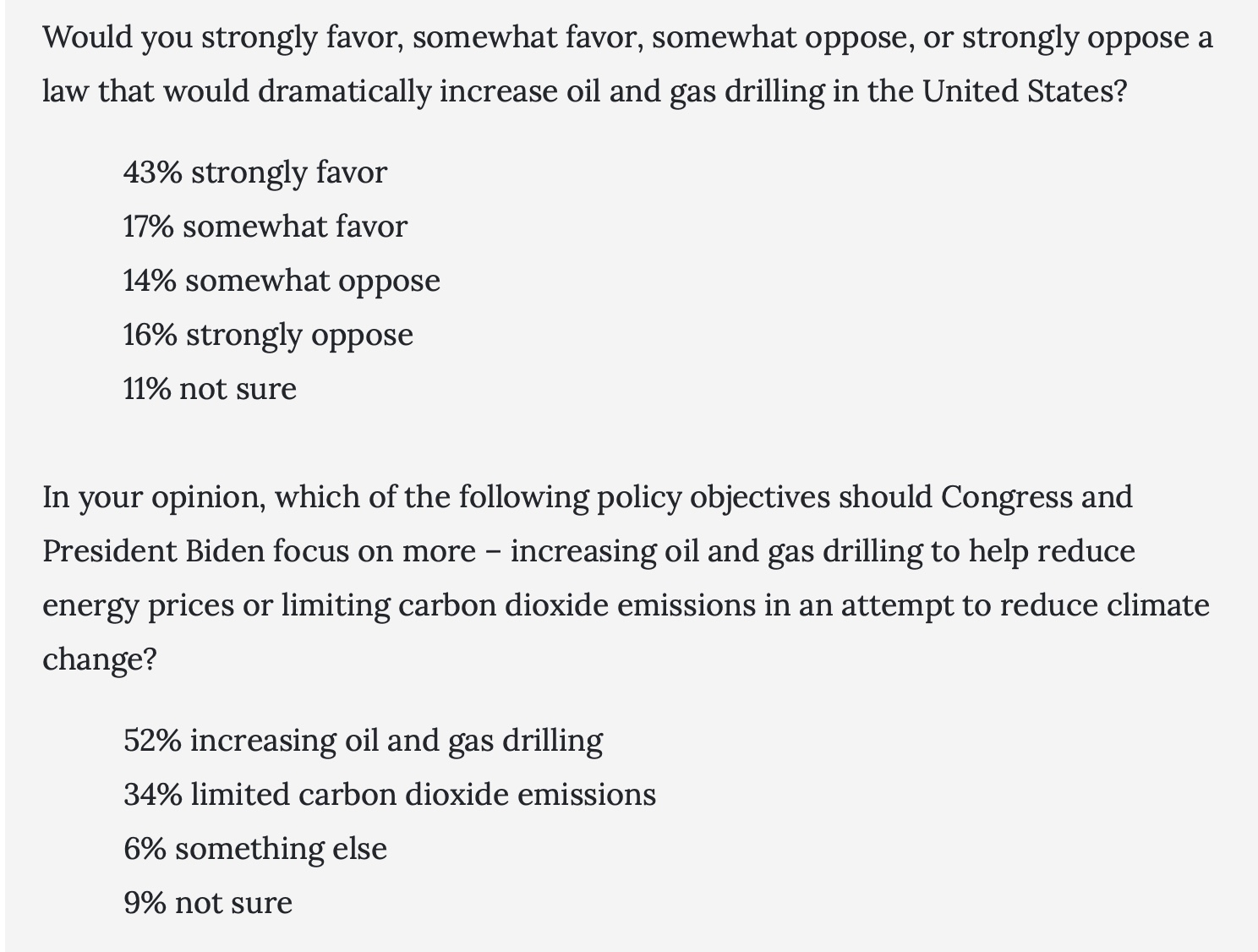 Sixty percent (60%) favor a law that would dramatically increase oil and gas drilling in the United States, including 47% who would Strongly Favor such a law. Thirty percent (30%) would oppose a law to increase drilling, while 11% are not sure…

“When push comes to shove, polls consistently show energy and economic security trump climate change for a majority of the public when asked which is more important,” said H. Sterling Burnett, director of Arthur B. Robinson Center on Climate and Environmental Policy at the Heartland Institute. “Oil and gas remain, for the foreseeable future, vital to maintaining our present standard of living and lifestyles and to ensure continued economic and national security. This Heartland/Rasmussen poll indicates the public understands that fundamental fact.”

Anyone surprised? I didn’t think so!