Readers pass along a lot of stuff every week about natural gas, fractivist antics, emissions, renewables, and other news relating to energy. This week: tribes, numbers, dirty EVs and who benefits!

When It Comes to Fractivism, the Tribe Is the Thing!!

Being “woke” is now the joke. Most of us have decided free speech is more important than political correctness. Spineless major corporations who jumped on board are now quietly backtracking. Even the government is hitting a pause button on its Disinformation Governance Board or real-life Ministry of Truth for a time. Fractivism and climate cultism have been a part of this sordid political correctness enterprise and one hopes they, too, will slowly recede in the face of unaffordable energy prices and shortages but this little Tweet explains it all:

the problem is people really believe that they follow some strong moral compass, but in reality they are just trying to fit in with their tribe

if their tribe becomes a bunch of bullies, they will too, and still think they are morally superior to the outside tribe

Yes, the tribe is the thing when it comes to fractivism and a whole lot more.

Few things aggravate more than green energy folks claiming solar and wind are a bargain, as they so obviously aren’t as every real life example illustrates:

Proponents of “green” energy boondoggles are often masters at playing with the numbers, because that is the only way that wind and solar electricity generation make any sense. Advocates such as Kerry love to focus on the low operating costs of solar and wind since they don’t require constant purchases of fuel. Ignoring the relatively short lifespan of solar and wind components, as well as the high initial investment, can make it appear as though solar and wind operate at lower costs than fossil fuels or nuclear power.

Let’s get the facts straight. The cost isn’t just what you pay at the retail level for gas or power. It also includes the taxes you pay to subsidize the power. A 2017 study by the Department of Energy found that for every dollar of government subsidy per BTU unit of energy produced from fossil fuels, wind and solar get at least $10.

That’s anything but a money saver. 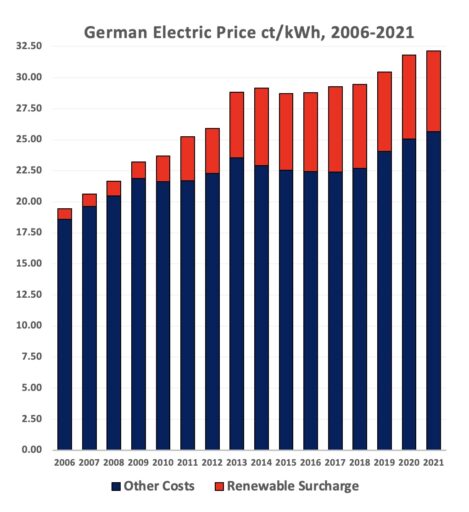 If green energy were a bargain, Germans wouldn’t be saddled with increasingly unaffordable electric prices due to a “renewable surcharge.”

The reason the subsidies are so high is that solar and wind have additional costs compared to their more reliable competition. “Green” energy sources are non-dispatchable, meaning their output can’t be changed to match demand. The wind doesn’t blow harder, and the sun doesn’t shine brighter, just because electricity use is peaking…

Widespread adoption of solar and wind generation would necessitate expensive batteries on a large scale to ensure that people still have power when the wind stops blowing or when the sun stops shining—like it does every single night.

So, unlike reliable and flexible natural gas, solar and wind require large-scale storage solutions: massive banks of batteries that are hardly environmentally friendly but are also extremely expensive. And since batteries don’t last forever, they add to both the initial expense and maintenance costs during the life of a solar or wind energy generating station.

The same problem exists with electric cars. The sticker price on EVs is considerably higher than for conventional gas-operated cars, and the so-called savings over time assume that the electric power for recharging is free. But it isn’t and power costs are rising almost as fast as gas prices.

Yes, it’s one big hustle, orchestrated by corporatist hedge-funder types looking to score trillions off ratepayers and taxpayers and Lex Luthor / Julian Felsenburgh wannabes such as Klaus Schwab who is actually warning folks not to make fun of the Party of Davos and the Great Rest he hopes will make him ‘Lord of the World.’

And, Then There Are Those Dirty Subsidized EVs

Those wonderful electric cars we’re supposed to be driving have an environmental downside besides the dirty batteries.

It seems human behavior has gotten in the way of technology. Electric car advocates are pointing out a problem apparently nobody thought of: Tax breaks to buy electric cars will increase emissions.

You read that right.

Here’s the situation, according to recent peer-reviewed research published in Nature Sustainability.

People will take advantage of tax subsidies to buy electric vehicles. However, an electric vehicle needs to travel a certain number of miles in its lifetime — 28,069 to 68,160 — to provide enough emissions savings to offset the substantial environmental costs of its production.

The human behavior issue, the researchers wrote, is that the emerging pattern is for people to buy an electric vehicle as a second car. And households tend to put more mileage on their primary car.

So the electric vehicle grabs its tax break but languishes as a garage queen, unable to pay for its planet damage while the internal combustion primary car continues on its smoky way. 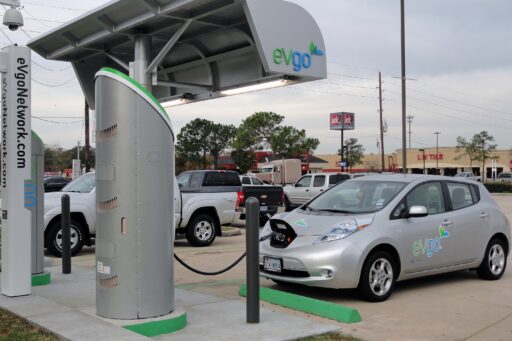 “That’s not a good use of government capital,” according to Nunes, a research fellow at Harvard.

Building an electric vehicle produces some 70 percent more emissions than making a gasoline-powered car, Streets Blog reported. The bulk of the emissions comes from battery manufacturing.

To achieve enough mileage to amortize their environmental costs, households need to keep electric cars for five to 13 years, according to Nunes. Many don’t but scrap the vehicles, meaning their development ultimately harmed the environment.

In California, the typical electric car is only driven 5,000 miles per year.

Who Will Be in Charge? Who Will Make the Money?
Not Much More Needs to Be Asked

As our reader says “Boom…Bingo….Slam Dunk” when it comes the bolded part below. The implicit message from elites of the Great Reset gang is “You must put us in charge and let us profit to make your dreams come true.”

Getting America to reach the goals of zero-carbon electricity generation by 2035 and net-zero economy by 2050 with a surge in electric vehicle transportation and renewable power installations will require massive investments in outdated power transmission lines and building thousands of miles of new lines. The undertaking is huge, and it’s so huge not only because the price tag for making the U.S. grid capable of handling a net-zero economy is estimated at a couple of trillion dollars. Permitting, regulation and uncertainty over who is and should be in charge of the massive transformation of the power grid are also major hurdles to booming renewable power generation and massive adoption of electric vehicles (EVs).

The U.S. power grid is strained as-is, with disruption and outages becoming more frequent in many regions where local grid operators struggle to keep the lights on in case of extreme winter weather or heat. Those events would only become more frequent with climate change, such as the current early heat wave in Texas, which is testing ERCOT’s ability to withstand a surge in power demand. 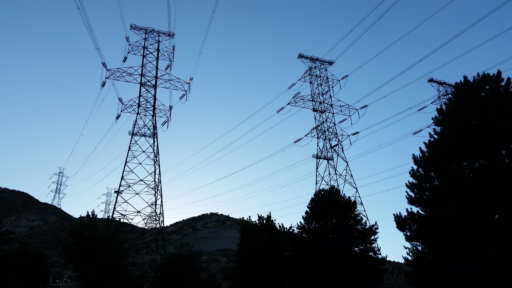 In recent days, grid operators from a growing number of states started warning about electricity shortages as grids cannot cope with the imbalance between demand and supply heading into summer. California warned last week that it would need to produce more electricity than it is currently producing to avoid blackouts. The Midcontinent Independent System Operator (MISO), the nonprofit charged with operating the power grid in 15 U.S. states and Manitoba, issued a warning about outages during the summer.

If grids are warning they may not be able to cope with a surge in power demand now, what would they do if renewables were to become the dominant source of electricity generation (provided that the Biden Administration’s goals of a carbon-free grid by 2035 and 50 percent of all new vehicles sold in the United States in 2030 be zero-emission vehicles are met)?

For sure, the grid needs huge amounts of investments, researchers and analysts say.

Remember, the ideologues are just useful idiots, members of a tribe, if you will, who are simply there to be exploited and too stupid to figure it out.