Readers pass along a lot of stuff every week about natural gas, fractivist antics, emissions, renewables, and other news relating to energy. This week: Yukkies, SEC/ESG and batteries not included!

Yahoo has a web page called “In the Know,” which is an on-line journal for young urban know it alls (yukkies). The page is trendy in the extreme and aimed straight at the sort of Manhattanite who supposes merely living there accords him or her with an extra dose of credibility with those who count. So, a story about a 22-year “agriculturalist from the Catskills who is fighting against fracking” is what you’re always bound to find at the site. This one, though, is about the daughter of someone I happen to know, a fellow named Wes Gillingham, who is the fellow who does the actual work of the Catskill Mountainkeeper, and it’s full of the usual schtick:

Growing up on a farm in the Catskill Mountains in New York State has shaped 22-year-old Iris Fen Gillingham’s perspective of the world in a way that imbues her with an appreciation for the land and environment that provides for her family and community. Iris wants society at large to be just as appreciative of the environment as she is, which is why the farmer and climate justice and agriculture activist has dedicated herself to improving society’s relationship with the environment by protesting against fracking in New York State and immersing young people in farm life…

Iris and her family grow and raise all their food, get their energy from solar panels, and heat their home using a sustainable wood-burning stove. 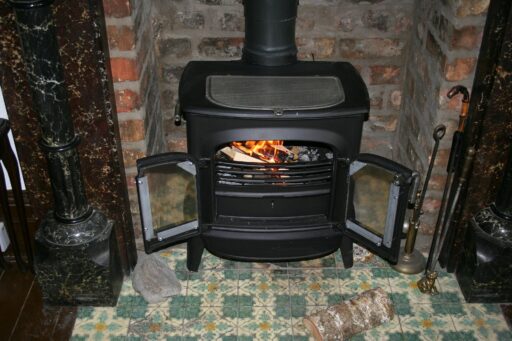 Having such a close and reciprocal relationship with the environment, Iris has experienced the effects of climate change very acutely. “Between 2001 and 2006, we experienced two 100-year floods, and one 500-year flood,” Iris tells In The Know. “It devastated our small town. It washed away all of the top soil on the 10 acres in the valley that we grow our organic vegetables on. It changed the course of our family’s life.” As a result, Iris’ family was no longer able to continue to make a living growing organic vegetables.

Around the same time as the flooding, Iris explains that landmen, aka oil workers, started coming into the community with the intention of doing hydraulic fracturing to extract the natural gas from the Marcellus Shale. Iris’ community was extremely wary of fracking because other communities across the Delaware River had already experienced it to detrimental results,including being unable to drink their drinking water, and farmers’ animals getting sick.

Iris began attending anti-fracking actions as a child with her dad, and has continued to take action against climate change. At age 14, Iris joined Earth Guardians, where she met other youth involved in environmental and climate justice. From there, she got involved with Zero Hour, a youth-led movement taking action against climate change. Iris has participated in actions that have shut down pipelines, banned fracking in New York State, and banned fracking in the Delaware River Basin.

I don’t as I was ever introduced to Iris, but I know her father fairly well and he’s a pleasant enough individual with whom one can have a respectful conversation. But, he works for the Rockefeller family, a relationship he always tries to hide. He has been employed and has been the face of the Catskill Mountainkeeper group more or less since its inception as a spinoff off the Open Space Institute, a sister organization of the NRDC, The NRDC gang, as I collectively refer to them, is a Rockefeller enterprise, as is 350.org and so many other related entities, complete with overlapping boards and Standard Oil trust type arrangements  everywhere you investigate.

So, Iris Gillingham is simply another generation of subserviency to the Rockefeller agenda, one that wants you to think carbon is a threat but wood burning isn’t, that any flood is caused by man-made climate change as the elites she serves buy up all the land to build McMansions in the woods and that fracking is a water quality risk when it’s the only tool to ensure farmers can protect their open space from those same elites.

ESG Truly Sucks and Every One of Us Truly Knows It!

The Securities and Exchange Commission is on a fool’s errand but at least one Commission, Hester Peirce isn’t afraid to say so:

The Commission seems to have assumed that today’s investor is driven by concern for environmental, social, and governance matters, not an anachronistic desire to earn returns on her hard-earned money. So the SEC comes to the aid of the ESG-minded investor with a purportedly “consistent, comparable, and decision-useful regulatory framework for ESG advisory services and investment companies to inform and protect investors while facilitating further innovation in this evolving area of the asset management industry.”

Regardless of what one generally thinks of the SEC mandating hyper-specific ESG disclosures, the proposals we are voting on today will fail of their purpose because they are not so much built on sand as they float on a cloud of smoke, false promises, and internal contradiction.

E, S, and G cannot be adequately defined, nor will they be, should the proposal eventually find its way into the Code of Federal Regulations. All you will learn from the proposed definitions is that “E” stands for environmental, “S” stands for social, and “G” for governance, but I suspect that you already knew that. The cool kids already have moved on to “EESG”—Employees, Environmental, Social, and Governance. We better amend that proposal before it goes out the door lest a fund or adviser that prioritizes human capital issues despairs of being able legally to offer an ESG fund.

Our refusal to define ESG is, of course, wholly understandable. Can you imagine an issue that would notfit within the ambit of at least one of those letters, based on someone’s reading? Take, for example, the recent suggestion by some analysts that investments in defense stocks be added to the European Union’s Social Taxonomy. Imagine trying to conjure up a definition that not only met the universe of current understanding, but was flexible enough to grow to meet the hour-by-hour expansion of just what makes up E, S, and G.

Read the whole thing as Peirce speaks the truth! This ESG charade is simply a bide/World Economic Forum attempt by Big Banks and allies to put the U.S. under their thumb and relegate it to be ing the financier of their schemes.

“Batteries Not Included” Coming to the EV Industry?

The future of TVs and the transition:

Stellantis CEO Carlos Tavares expects a shortage of EV batteries by 2024-25, according to CNBC. He then said the adoption of EVs by 2027-28 will slow due to a lack of raw materials for vehicles.

“The speed at which we are trying to move all together for the right reason, which is fixing the global warming issue, is so high that the supply chain and the production capacities have no time to adjust,” Tavares said.