Readers pass along a lot of stuff every week about natural gas, fractivist antics, emissions, renewables, and other news relating to energy. This week: Energiewende, fertilizer and state pushback!

It’s a leftist ant-gas Bloomberg story, so there’s no mention of fracking, the green Energiewende, natural gas, LNG or the nearby UK’s tremendous shale resources that could be developed in a heartbeat, but the truth still can’t be hidden; the truth that the German green Energiewende has been a colossal counterproductive failure:

German Chancellor Olaf Scholz’s government is backtracking from its Group of Seven agenda to push globally for a speedier exit from coal.

Steffen Hebestreit, the Chancellor’s chief spokesman, said Russia’s war in Ukraine cast doubt over the practicality of asking the world’s richest countries to end the use of coal. Germany is the current holder of the rotating presidency of the G-7 nations, which have taken the lead in pursuing sanctions against Russia. 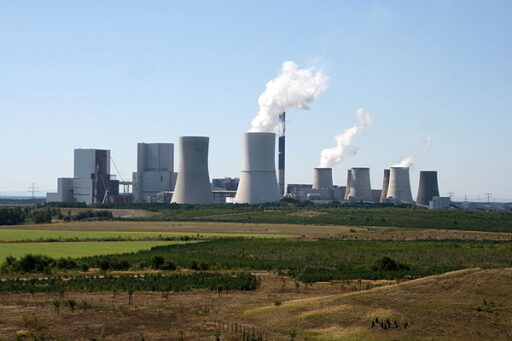 Despite political pressure to end the use of the dirtiest fossil fuel, coal generation is expected to jump 9% from last year, according to the International Energy Agency. That’s driven by the economic recovery from the pandemic, while countries are also scrambling to find alternative sources to Russian fossil fuels.

Germany, which has banned nuclear plants, and Japan, where atomic generation is just a fraction of what it once was, have fewer options than others. And so in Germany, coal-fired power plants that were once decommissioned are now being considered for a second life.

The West is governed by the worst ruling class of elites, media and corporatists ever and is now paying the price for it.

Biden to Use Food Shortages As Green Corporatist Leverage

Joe Biden has always been a corrupt politician. He’s always been a bumbling buffoon. Now he’s losing what few faculties he had. None of this, though, is as important as the fact Joe Biden is effectively no more than a hologram operated by that cabal of corporatists known as the World Economic Forum with that Lex Luthor character who runs the scam. Nothing makes this more clear than this story;

Speaking of the global consequences of Russia’s war with Ukraine, the Biden official said that fertilizer shortages would provide farmers the opportunity to “hasten” their “transition” from fertilizer to more “natural” resources. 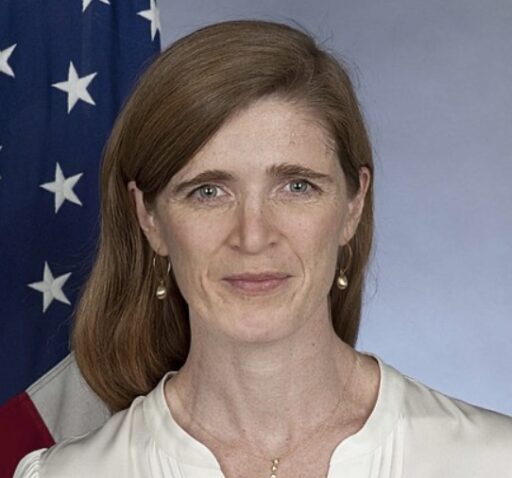 Samantha Power: the Biden team member who says your lack of food is an opportunity for green grifting!

“Fertilizer shortages are real now because Russia is a big exporter of fertilizer. Even though fertilizer is not sanctioned, less fertilizer is coming out of Russia,” she explained. “As a result we’re working with countries to think about natural solutions like manure and compost and this may hasten transitions that would have been in the interest of farmers to make eventually anyway. So never let a crisis go to waste.”

That’s the mentality of Klaus Schwab, the Great Reset Guy and Devil of Davos who doesn’t give damn whether we eat or not, only that the green eggs and scam he and his elitist buds love to dine upon never stop coming. Just as the Park Foundation sees it, the  destruction of our lives is but a matter of collateral damage for them as they pursue those trillions in green grifting.

Now, this is what we need to hear a lot more:

What is a universal fact is that carbon dioxide is the foremost ingredient of the elixir of life on this planet, which brings forward the real query of what motivates eco-fanatics to wish to eradicate life? What could they possibly think to achieve? Certainly not an easier existence for themselves by casting society back into the literal dark ages. The self-deceit is monumental and it has sucked-in alleged rational thinkers to go along with institutionalizing language that is detrimental to our way of life.

Yet, for writing, printing and speaking these scientific facts, the Biden administration’s Department of Homeland Security has proposed the establishment of a truth detector panelthat will claim natural biology to be misinformation and disinformation. Propagandist wheels of injustice are turning so fast it’s hard to counter though congressional members have taken up the challenge.

It is past time to put the brakes on federal government criminalizing so-called fossil fuels and intentionally crashing our economy which is founded on energy – energy to build industry, grow crops and feed people, move products and provide services of every kind. 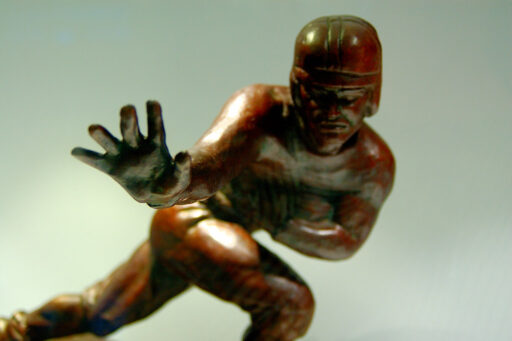 Time for pushback! Give the Feds and the DRBC the Heisman!

If the federal government and democrat-run states refuse to provide the energy necessary to fuel the economy, it is up to the conservative states to restart energy production, including taking back public lands the feds have illegitimately locked away from the People who own them. Sheriffs, who are the closest representative of the People, have the authority to throw out the feds from county property.

Re-open drilling, mining, refining and transporting energy products. States do not require federal approval to exercise their constitutional power to serve their citizens when the federal government is deliberately disenfranchising and subjugating them.

Governors, state legislators and sheriffs, are you listening?

This is playing offense and it’s precisely what should happen with respect to the thoroughly corrupted Delaware River Basin Commission. Pennsylvania’s Republican legislature is, no doubt, ready to do it now and all it takes is a Republican governor to not veto legislation that would declare the DRBC has no authority to prevent Pennsylvania from developing its natural gas resources. Let the DRBC, of which the governor is part, just try to stop it. It would be the end of the DRBC and with good riddance!