Readers pass along a lot of stuff every week about natural gas, fractivist antics, emissions, renewables, and other news relating to energy. This week; Google’s aspirations, Manchin’s demise and the COP27 raid on all of us.

Google and Ruling Class Friends Want to Control Every Thought We Have!

Google is allied with the ruling classes. It gathers detailed information on all of us and feeds it those rolling classes. It loves China and its social credit system and would like to be the centerpiece of a similar world-wide system. There are, after all trillions to be made by the Big Tech giants from such a system, just as Al Gore has gotten rich peddling the global warming cause. Now, they want to monitor emissions by satellite. Of course, it’s only 72,162 sources of them for now, but only an utter fool would suggest it will end there.

Climate TRACE aims to track emissions from energy producers and other large sources of CO2 to fill “critical knowledge gaps” for governments and international bodies that rely on a “patchwork system” to monitor carbon emissions, according to its website. 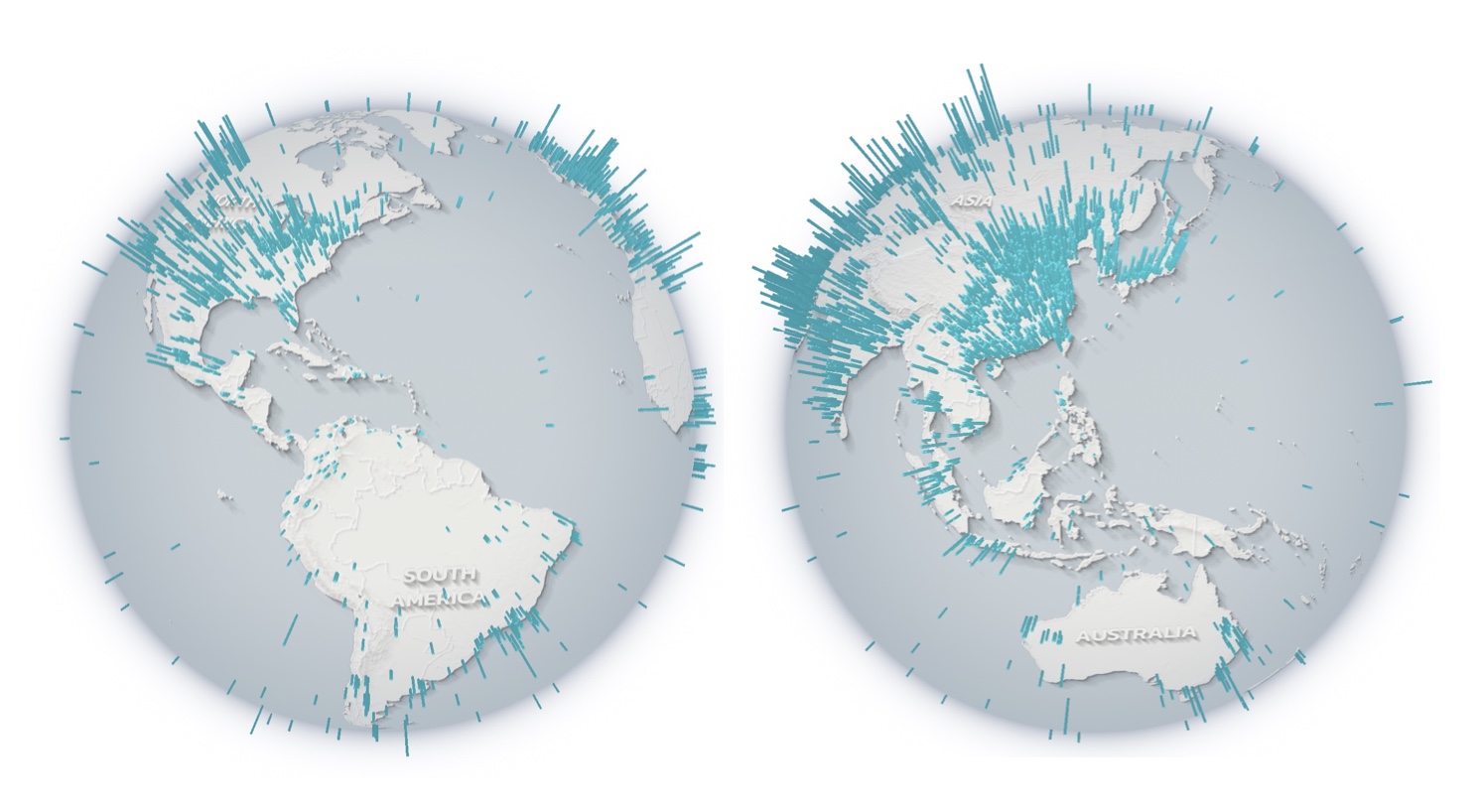 Two views of the Climate Trace globe that purports to monitor emissions.

At the United Nations COP27 climate conference in Egypt on Wednesday, Gore, who is a founding member of the coalition, unveiled Climate TRACE’s software, which can provide detailed emissions data for 72,612 individual global sources…

Climate TRACE was founded when two of its founding coalition members, WattTime and TransitionZero, received a Google.org grant to monitor emissionsfrom power plants from space using satellites in 2019…

UN Secretary-General António Guterres praised the technology during Gore’s presentation and said that it would provide “radical transparency” for entities that track emissions.

Guterres also stated that Climate TRACE should act as a “wake-up call” for governments and financial institutions that invest in oil, gas, and other fossil fuels.

Notice that last line. They want the data to be able to shut off where we put our money and ensure it goes where it will enrich the favored few. Now, combine this with the proposed carbon credit card and the plan for a digital currency that will allow other World Economic Forum trainees to do what Trudeau did and starve protesters of draconian lockdowns. You’ll see precisely where all this is going. We are on the cusp of totalitarianism and the death of the West and civil society as ewe know it. Not only is natural gas threatened, but literally everything else, including every thought we have.

Manchin Blew It and There’s No Recovery

As most of our readers will know, Joe Manchin recently exploded over Joe Biden’s remarks on coal. Biden was just being Biden, of course. He didn’t need Joe Manchin anymore and he has no idea what he’s doing anyway. So, he attacked coal, drilling for oil and natural gas and everything other than the solar and wind his corporatist benefactors hope to make trillions off of via the taxpayers. He didn’t care how it made Manchin look back home. He used him and was done with him.

It was just a few months ago when West Virginia Joe Manchin was being widely hailed as perhaps the most powerful politician in Washington, DC. This was true especially where issues related to energy policy were concerned, given his position as Chairman of the Senate Energy and Natural Resources Committee.

But Manchin’s decision to become the deciding vote in favor of the mis-named Inflation Reduction Act in early August brought an end to any such talk among the chattering class. That bill gave President Joe Biden and congressional Green New Dealers pretty much everything they had desired, and the only thing Sen. Manchin received in return was a nebulous “deal” with Senate Majority Leader Chuck Schumer and Speaker of the House Nancy Pelosi to pursue the passage of language designed to streamline federal energy permitting processes. 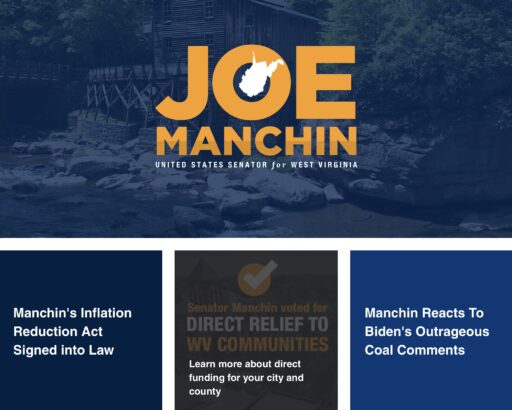 Joe Manchin’s website; note the conflicting boxes left and right at the bottom

It was immediately obvious to anyone who understands how politics work in the nation’s capital that the deal Sen. Manchin had made would have little real chance at success, and I detailed the reasons why in a piece here on August 22. No one was really much surprised when Mr. Manchin gave up the ghost just a few weeks later after mounting what appeared to be only a token fight.

No one now refers to Sen. Manchin as the most powerful politician in Washington, DC…

Seldom has any political figure surrendered as much political power with a single vote as Sen. Manchin did with his vote on the IRA. It is a power he will never be able to regain.

Natural gas, pipeline companies, the coal industry and the American consumer were all sabotaged by Joe Manchin. There should be no tears as to his fate. Hero to goat in a few months. Now, he’s reportedly trying to resurrect the deal in the lame duck Congress. Good luck with that. If he wants to make the deal he should switch to Republican and force it down Biden’s throat as part of a continuing resolution. Sadly, that’s how government works today.

COP27 Is About Raiding the Western Treasury

The COP27 jet set gabfest in Egypt is headed straight toward a raid on the phony public treasuries of the U.S., the U.K. and an E.U. determined to commit suicide in the interest of political correctness that is merely cover for rule by globalist elites and mad men such as Klaus Schwab. Yes, they are all signing us up to pay “climate reparations” that will supposedly compensate poor countries but will actually enrich the elites behind the whole thing with money and power to make more.

Egypt is camel country so it is appropriate that the long awaited camel’s nose of the great green loss and damage dream should finally appear. We are talking about potentially untold trillions of dollars flowing from developed to developing countries. A breathtaking prospect.

For those who missed it here is my quick summary of UN-speak “loss and damage” from my introductory article:

“Loss and damage is the 9,000 pound gorilla. It means America and the rest of the developed countries will compensate the developing countries for all the bad things climate change does to them. Loss refers to things that cannot be fixed, like death or a destroyed crop, while damage is stuff that can be rebuilt, like a flattened town. 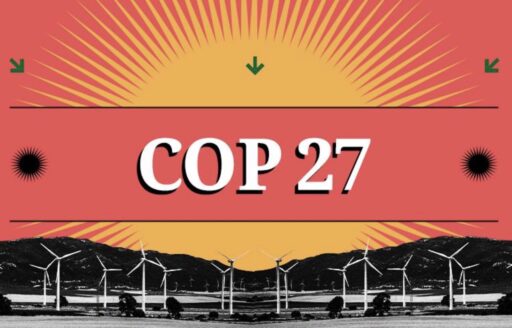 Since all bad weather is now attributed to climate change we would be paying for all of it. I am not making this up. Coverage includes short term events like hurricanes or floods, plus slow stuff like droughts. Non-weather events like pestilence, pandemics and wildfires are probably also included.”

This is, of course, pure insanity for anyone but the elites who benefit. The aim is to strangle all fossil fuels, including natural gas, except, of course, in China. So goes the West.