A reader wrote to the White House occupant to oppose his insane attack on oil and gas. This is the form letter he received back from Brandon:

We see it every day across the Nation.  Raging wildfires are reducing entire towns in the West to ash.  Hurricanes are pummeling states along the Gulf with increasing strength and frequency.  Historic droughts and floods are destroying farmland in the Midwest.  Rising oceans are threatening cities on every coast.
To meet the urgency of this moment, my Administration has set ambitious goals that will put climate change at the center of our domestic, national security, and foreign policy.  Reaching these goals will empower the United States to achieve a carbon pollution-free power sector by 2035 and put our Nation on an irreversible path to a net-zero economy by 2050.
Since taking office, I have recommitted the United States to the Paris Climate Agreement and have ordered an immediate review of harmful rollbacks of environmental standards that protect our air, water, and public health.  I have also ordered key federal agencies and departments to integrate climate considerations and environmental justice into their work at home and abroad…

We must be bold in transitioning away from the energy sources of the past, which is why I have directed the Secretary of the Interior, consistent with existing law, to pause oil and natural gas leasing on public lands and offshore waters.  I have also ordered federal agencies to end fossil fuel subsidies wherever possible.  However, we will not abandon the communities that have kept our lights on and our heat running for generations.  As President, I’m committed to making investments to assist coal, oil, natural gas, and power plant communities as our Nation transitions to a green energy economy.

Brandon is head of the Biden Crime family, of course, so it’s no surprise he sees the huge potential graft in green eggs and scam. But, notice how condescending he is toward blue collar trades and communities who supported him. He imagines he can buy them off with a few bones and many lies yet again. He is totally committed to destroying oil and gas so as to open the door for ripping off ratepayers and taxpayers with the biggest con job ever attempted. Let’s Go Brandon!

It’s All About the Money to Be Made from Green Grifting!

This, not ideology,  is the true motive behind the Green New Deal:

When the administration of Gov. Roy Cooper called for carbon neutrality by 2050, Duke Energy presented a $100 billion plan to deploy wind, solar and battery storage “on an unprecedented scale.” The plan would reduce emissions of carbon dioxide at a cost of $110 a metric ton and increase annual electricity bills by more than $400 for households and by nearly $50,000 for industrial customers, according to the John Locke Foundation.

Substantial as they would be, those costs were apparently okay with Gov. Cooper and Duke Energy even though the expenditures would not improve the climate — which is in no need of improvement in any case…

Instead of formulating a $100 billion “green” boondoggle, why wouldn’t the electric utility defend its current method of making 98 percent of its electricity from fossil fuels and nuclear? And why not protect the financial well-being of its customers to boot?

Because Duke thinks wind turbines and solar panels are cool? Not likely since they take up 10 times the land mass and 10 times the manufacturing materials of conventional power sources to make the same amount of electricity. And solar and wind machines are available to produce power less than half the time of fossil and nuclear. No, definitely not cool… 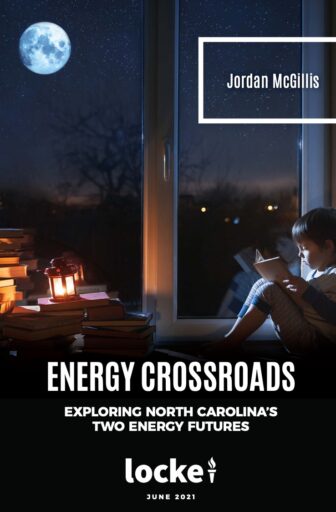 Duke probably thinks that it would be smart to get a guaranteed return on billions of dollars of new investments in “green” energy. In this case, Duke is thinking of the consumer but only as a captive source for earnings on goofy multi-billion dollar investments…

As for the consumer’s pocketbook, it took the John Locke Foundation to point out that if emissions of carbon dioxide must be reduced — whether useful or not — then expansion of natural gas and nuclear sources would be a fraction of the cost of wind and solar. That is still more expensive than staying with Duke’s current portfolio of power plants. But, again, when it comes to eliminating emissions of CO2 — a harmless trace gas that fertilizes plants — cost for some climate policy makers is not in the equation.

Very true. Costs are no object when there are trillions to made at the expense of naive ratepayers and taxpayers who are coerced into paying for the green eggs and scam.

When The Costs Hit Home, Nobody Will Give Up Fossil Fuels

Reality always intrudes, as explained in this excellent article, as the following excerpt illustrates:

In 2010, some twelve Northeast states, plus the District of Columbia, entered into a kind of agreement to agree to form something called the “Transportation and Climate Initiative.” The language of the official document was all about “reducing greenhouse gas emissions”…

Initially, 12 states plus the District of Columbia were in talks to enter the agreement, but just Massachusetts, Connecticut, Rhode Island and D.C. eventually signed a memorandum of understanding by December 2020.

And now, with gas prices rapidly rising, what politician wants to be seen as forcing them up still higher? So even the few deep-blue states that had joined TCI are now heading for the exits. The Herald reports that Connecticut pulled out of the compact on Tuesday (November 16); and yesterday (November 18) Massachusetts followed…

Meanwhile, New York moves ahead with its ignorant bureaucrats issuing edicts for the end to fossil fuels a few years out. At this point the voters remain almost entirely unaware of what is coming. But when the costs start to hit home, will we actually stay the course? No, we won’t. It will be fun watching the process unfold.

Notice how out-of-step New York is. It was, apparently, determined from the beginning to go it alone, which is typical of the Emperor State, and it continues with the insanity long after others recognize doing the same thing over and over again and getting the same stupid results is a fruitless exercise. Why is this? It’s simple; the more urban a state gets, the less stable it becomes. Cities create most of our wealth because the division of labor is much easier within them and ideas flourish in that environment, but the dependency on unseen and unknown others also breeds ignorance and as many bad ideas as good. One who knows nothing of how energy is actually produced, food is grown or land must be managed will have wacky ideas about all three. New York is so heavily tilted to urban interests it is currently incapable of acting rationally. That’s my theory, anyway, and I’m sticking to it!

Sen. Pat Toomey of Pennsylvania, who serves on the Senate Banking, Budget, and Finance Committees, and typically avoids controversy like the plague offered Fox News’s Bret Baier some uncharacteristically bold statements the other day regarding Biden’s incredibly stupid explanation of higher gasoline prices:

And so nobody should be surprised. And I don’t think most Pennsylvanians are surprised that prices are going through the roof, supplies are shrinking. And now, the president goes around pleading with OPEC countries to increase their production. How ridiculous. 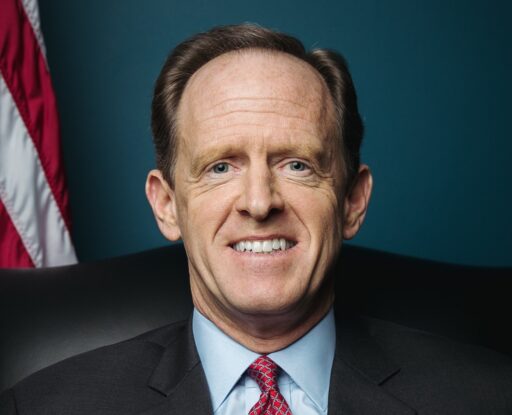 Is this Pat Toomey or an alien look-alike?

And this isn’t going to work. This — the Strategic Petroleum Reserve, he releases some oil from that. The swing producers and OPEC can decide to just scale back what they produce to make sure that the prices stay high.

You know, you’ve fundamentally — you can’t begin the process of crushing supply and not expect to see a price spike.

Our reader was moved to observe that “clearly, Pat Toomey has been replaced by an alien lookalike.” Well, so be it. I like what I see.

What Kind of Crazy World Do We Live In Where Even Green
Extremist Derrick Jensen Recognizes the Futility of Solar and Wind?

Derrick Jensen is an environmental extremist of the worst sort but, like Michael Moore, even he understands solar and wind are simply scams and huge land gobblers. From his radical book “Bright Green Lies” comes this:

According to one study, between now and 2050, solar and wind “development” threaten to destroy as much land as urban sprawl and expansion of oil and gas, coal, and mining combined. Solar “development” outranks agricultural expansion and wind (tied for second place) as the single largest “development” threat considered in the study. Yet, environmentalists continue to push solar, wind, and other bright green lies as solutions. This has become a movement that does not help the earth, but rather helps its destroyers.