Readers pass along a lot of stuff every week about natural gas, fractivist antics, emissions, renewables, and other news relating to energy. This week; there’s a greener globe, ESG gets hammered and solar greed ramps up big-time.

50 Ways to Leave Your Love of Climate Emergencies Behind!

The marketing term “climate emergency” has been exposed as an outright deception:

1. Warming has paused: Global warming has unexpectedly stopped or paused. Over the last 7 years 10 months, NASA satellites show a slight decrease in the trend of the global average temperature anomaly (GATA)[i]. No such hiatus was forecast by the UN’s climate models.

2. Change has been trivial: The current GATA is only an inconsequential 0.2°C warmer than the 1979-2000 average, a change which is less than the margin of measurement error[ii].

3. Forecasts are mild:  IPCC scientists are currently forecasting that the GATA will rise by around 1.3°C during the whole 22nd Century, even on a “business as usual” basis (i.e. no more policy changes).

That projected warming is broadly the same as the world has already experienced through  the past 100 years – an era that provided health and prosperity unknown to any previous generation. During that 1.1°C of warming, human life expectancy doubled; and the proportion of humans living in extreme poverty dropped from 72% to less than 10%.

4. Climate models are unreliable: Even the UN’s IPCC itself now acknowledges that its computerized climate simulation models have been “running hot” since its AR3 report in 2007. While these models do provide useful heuristics for scientists, they clearly cannot foretell the future. None of them has ever been either validated or verified against real-world data[iii].

5. Vegetation is flourishing: CO2 has increased from about 0.03% of the atmosphere in 1900 to over 0.04% now, as a result of a major increase in the use of fossil fuels. This rise has caused mild warming, which extends growing seasons, and has also dramatically boosted global vegetation growth. CO2 is plant food. “Global Greening” has accounted for a 13% increase in food production, outpacing population growth, since the early 1980s. 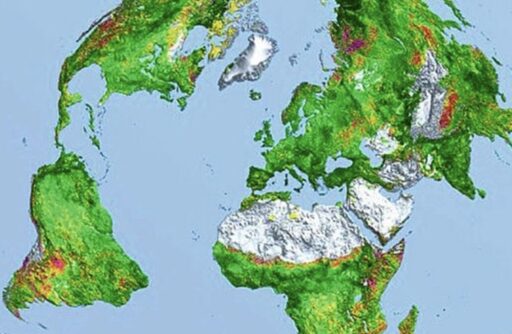 A greener world thanks to Co2

6. Islands are expanding: The centuries-long gradual rise in relative sea levels has not accelerated at all during the past 100 years. This helps explain why over 78% of the measured islands in the Pacific Ocean have expanded their land areas during the past 50 years. The oft-repeated theory that small islands would be flooded by rising seas has been disproven by careful observation of real-world data.

7. Weather casualties are declining:  Deaths from global weather-related events have reduced by a staggering 91% over the last 90 years – showing that people get much more resilient when they get richer. Many more people now die from Climate Policy (e.g., unaffordable energy) than die from extreme weather events. The Lancet reports that 17 times as many frail people die from winter cold as from summer heat[iv].

8. Wildfires are receding: In the early 1900s, around 4.5% of the land area of the world would burn in wildfires every year. Over the course of that century, this steadily declined to about 3.2%. Over the last 20 years, satellites have tracked further declines – to a low of 2.5% in 2021.

9. Less damage from weather extremes: Over the past 50 years, official global weather data shows no increase in either the frequency or severity of droughts; or landfall hurricanes; or tornadoes; or floods. Economic losses from climate and weather-related events have been falling as a percentage of GDP during all that period[v].

10. Weather deterioration is unlikely:  The IPCC has expressed ‘low confidence’ in the media claim that these extreme events will materially increase in future decades. Heat waves are expected to become slightly more frequent, but no other material changes in global average weather extremes are predicted. (Of course, many changes will continue to occur from region to region, but they will likely continue to balance out overall).

Read the whole for the other 40 ways to leave global warming cultists in the rear view mirror.

This is hard to believe given the history of Bloomberg’s attacks on fracking and the elitist “I deserve to be king of the world” attitude of its founder, Michael Bloomberg, but it’s the truth.

Bloomberg Global Business Columnist Adrian Wooldridge blasted the ESG movement and its super-woke cousin, the diversity, equity and inclusion movement (DEI) as “the ruling business ideology of our age” in a Sept. 26 op-ed…

Wooldridge added that the ESG movement packs “buzzwords” together that are “ineffective or even counterproductive.” In effect, the incoherence of ESGs could end up undercutting its green utopian vision and “also distracts from the mission that initially set the buzzwords afloat — preventing the world from overheating in the first case and tapping a wider range of talent in the second,” Wooldridge noted. 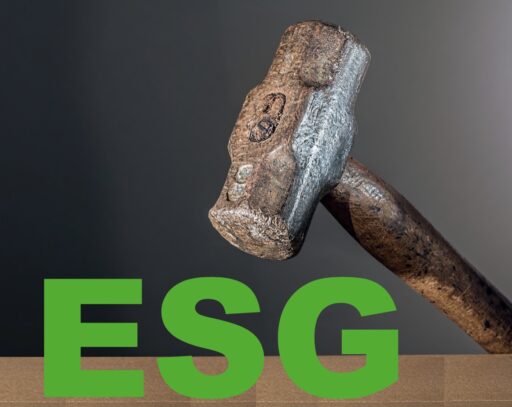 Wooldridge continued, pointing out that ESG standards have proved themselves to be an inconsistent mess.

The return-on-investment of ESG funds appears even worse. Wooldridge cited a 2021 literature review of more than “1,100 peer reviewed studies” and “27 published meta-analyses” showing that “ESG investing has on average been indistinguishable from conventional investing.”

But if ESG funds are blatantly biased and financially useless, why do they exist at all? The answer is politics, according to investor Vivek Ramaswamy. “Under the banner of ‘stakeholder capitalism,’ CEOs and large investors work with ideological activists to implement radical agendas that they could never pass in Congress,” Ramaswamy wrote in his 2022 book Woke, Inc.

Yes, and as Ramaswamy explains in his book, ESG and other trendy causes are but cover for corporatists who want to steal everything on which they can lay their hands. Want to use Chinese slave labor to make solar panels, sneakers or mobile phones? Simple. Just go ESG and you’ll get a free ride!

Here are some revealing excerpts from an op-ed in New Jersey Spotlight (subsidized, in turn, by the William Penn Foundation) by Rodger Ferguson, of PennJersey Environmental Consulting, who “has extensive experience representing solar redevelopers on landfills and contaminated sites in New Jersey.”

New Jersey’s solar industry is collapsing. Installations are down, the solar pipeline is shrinking and thousands of jobs are at risk. This distressing reality is set out in black and white in a recently released report prepared by Sustainable Energy Advantage, LLC (SEA).

Gov. Phil Murphy’s 2019 Energy Master Plan set the stage for New Jersey to achieve 100% clean, renewable energy by 2050. The master plan concluded that New Jersey could meet this goal by reaching 20.64 GW dc of solar installations by 2035. To get there, the state needs to incentivize the installation of approximately 1,140 MW dc, annually, from 2020 to 2035. Unfortunately, New Jersey installations have declined by an average of 10%-15% per year for the past four years. The projection for 2022 is 280 MW dc — the lowest total since 2015 and only about 25% of the Energy Master Plan’s target. Unless something changes, drastically and immediately, it will be all but impossible for the state to meet its solar installation targets…

The most recent New Jersey-centric “policy choice” affecting the state’s solar industry is the Board of Public Utilities’ rollout of the Successor Solar Incentive (or “SuSI”) program in August 2021. The SuSI program is, in no uncertain terms, an abject failure. Prior to the enactment of the program, industry leaders and stakeholders warned BPU that the incentives were too low to support a robust solar industry. BPU staff did not listen, and instead implemented a program that has completely destroyed the state’s once-thriving solar industry…

There are two critical steps that New Jersey can take to try to reverse these negative trends.