The Revenge of Fossil Fuels!

Some great observations from someone who had real off-grid experience:

I once built the largest off-grid noncommercial solar panel array in New England. You learn quickly to do laundry, run the dishwasher and use other high-energy electrical appliances on sunny days because you’ll need to conserve your batteries through the snow and rain.

A grid can’t run on intermittent sources; it needs continuous sources of energy that only come from oil, gas, coal and nuclear.

Despite these scientific and practical hurdles, the climate alarmists have been very effective politically. Many countries such as Germany and Japan have shut down nuclear and coal plants in an effort to substitute renewables in major industrial economies.

Now the day of reckoning has arrived.

China is quickly running out of electrical-generating capacity. China gets more than 50% of its electricity from coal, but it is running out of coal. China has had to lift its ban on Australian coal imports (arising from a dispute about tracing the source of the COVID outbreak) and it’s now taking as much Australian coal as it can get.

A similar situation exists in Germany where the failure of renewables to provide a reliable source of supply combined with a shutdown of nuclear plants have led to dependence on Russian natural gas.

Putin is slowly closing the taps to increase Europe’s desperation. The price of natural gas in Europe is skyrocketing. In Lebanon, the two power plants that supply 40% of that country’s electricity have shut down due to oil shortages. There is no electricity and probably won’t be for days.

Many will die this winter as power outages spread and as heating systems fail. The global economy will also suffer due to decreased output as China and Europe both close factories in order to conserve electricity for homes.

This is what the climate alarm fanatics have produced — billions of people freezing in the dark and a slowing global economy — all in pursuit of the false dogma of global warming.

Right now, there are factories closing in Europe—including greenhouses in the Netherlands that produce, not to put too fine a point on it, food—and utilities desperately looking to buy coal—those lucky enough to still have coal-fired power plants. Some are switching from gas to oil derivatives, as the latter have become cheaper than natural gas. And official figures such as the IEA’s head Fatih Birol are cautioning against anyone blaming renewables. If anything, the narrative for ever more renewables remains as strong as ever, at least in some circles.

What is happening in Europe—including the UK, by the way, one of the most active energy transitioners—right now is a cautionary tale of magnificent proportions. Even Bloomberg, which a few weeks ago came out with an article stating that Europe’s Energy Crisis Shows the Downside of Fossil Fuels, recently published another, cautioning that Global Energy Crisis Is the First of Many in the Clean-Power Era. 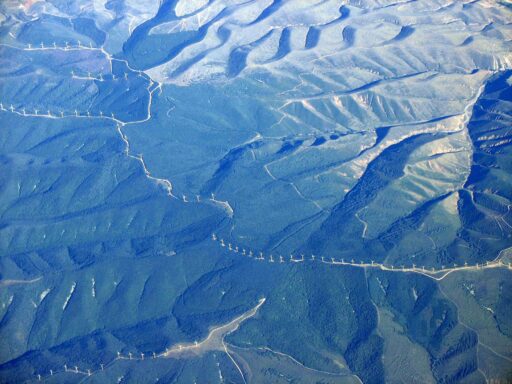 The energy crisis in Europe and, to a considerable extent in China, is showing the rest of the world how not to do an energy transition at a time when many parts of that rest of the world are planning their own transitions. The American plan is, by all means, the most ambitious and generous one, as befits the world’s largest economy. But this also makes it the riskiest transition plan in light of recent European events.

“This massive piece of legislation [the $3.5-trillion Biden administration bill] is loaded up with hundreds of billions of dollars in new subsidies, mandates and incentives for these very same intermittent, low-density energy sources, along with new taxes and draconian regulatory actions designed to drive up the cost of fossil fuels in power generation and transportation,” Blackmon wrote.

Essentially, then, the current U.S. administration is repeating the mistake that the EU made in its ambition to green itself up and cut emissions both deeply and quickly. The consequences of this rushed transition will begin with higher emissions, by the way, as the continent leans heavily on fossil fuels and supply remains tight because of transition efforts that led to years of underinvestment in new production.

Notice how the IEA, a tool of corporatists seeking to rob trillions for ratepayers and taxpayers for green eggs and scam, simply lies about what’s happening.

How to Get Natural Gas to New Jersey Consumers

Williams is moving ahead with a very appropriate project that even Phil Murphy will find it hard to oppose, though his fractivist supporters from the Delaware PovertyKeeper (which spends virtually all its time on oil and gas lobbying and none on the River) and other shills funded by the same money sources, will surely raise a high-pitched campaign of annoyance.

The project is a proposed expansion of Williams’ existing infrastructure to provide greater access to cleaner, cost-effective energy to serve the Northeast region by the 2023-24 winter heating season. The project supports the broader goal of meeting the growing regional demand for cost-effective, clean, and reliable natural gas.

Further, the project will be constructed in a manner that is adaptable to future renewable energy sources like clean hydrogen and RNG blending, thereby providing the necessary and critical infrastructure needed to meet clean energy demand for generations to come.

The Regional Energy Access expansion has been designed to minimize environmental impacts by maximizing the use of existing Transco infrastructure and rights of way. The preliminary design of the project consists of additional compression and selected new loop segments along the existing Transco corridor. 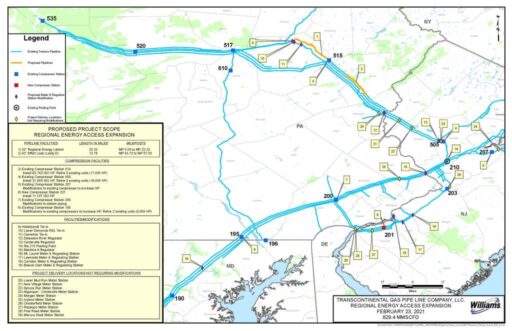 The project is designed to increase natural gas transportation capacity by up to 829,000 dekatherms per day. Unlike other greenfield pipeline proposals, Regional Energy Access maximizes the use of existing energy infrastructure.

Nice to see this project, which should, in the end, get approved with relatively little difficulty, based on the experience with other similar projects.

An interview with Robert Bryce explains it all, especially the part about Generac sales. Start at 10:15 and enjoy this remarkable interview by our friend Ann McElhinney:

It doesn’t get much more clear, does it?