How did this trust-funder ever get to be our Governor?

“Pennsylvania Climate Action Plan” 2021 shows that statewide greenhouse gas emissions overall were nearly 19% lower in 2017 (the latest year for which data were available for the plan) than they were in 2005. Emissions decreased from electricity generation, residential and commercial fuel use, and transportation and increased from mining, oil, and natural gas operations and industrial-process heating fuel use.

“Pennsylvania Climate Action Plan 2021” details 18 actions that will meet the 2025 and 2050 statewide emissions goals, if partners across sectors start now and carry them out within five years, 10 years, and 10+ years. Actions are needed in electricity generation, transportation, industry, residential and commercial building, agriculture, fuel supply, and, to help increase carbon capture and sequestration, land and forest management. 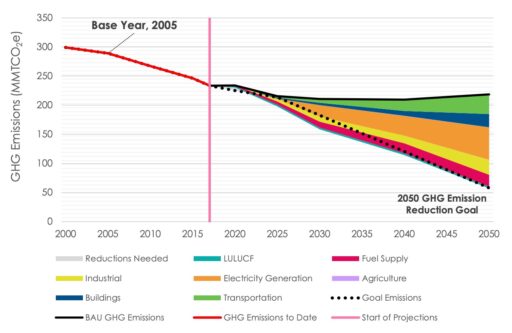 Reducing greenhouse gas emissions from fuel supply (e.g., by transitioning from oil or natural gas to electricity or biogas) and industrial sources (e.g., by switching from single-use oil-fired boilers to biogas-fired co-generation) will be key to reaching the 2025 goal.

Switching electricity generation to renewable and nuclear energy sources, increasing industrial energy efficiency and fuel switching, and increasing use of electric vehicles offer the greatest potential for reaching the 2050 goal.

The plan shows that implementing the 18 strategies will generate an average of 42,000 new jobs yearly by 2050. Jobs will be economywide, such as in clean energy, manufacturing, energy efficiency installation, supply chain, and other occupations.

If action isn’t stepped up, Pennsylvania’s greenhouse gas emissions in 2050 will exceed 2005 levels.

So, switching electricity generation to natural gas got the job done but now we need to switch to electricity, which is primarily made from natural gas and make more use of uneconomical renewables and nuclear, says the trust-funder so he can look good with his prep school peers. We have the worst leaders imaginable. Truly!

This Winter Is Going to Be Shocking and People Will Freeze

Fast forward to this winter, and the UK and Europe are in the direct firing line of the coming energy storm. The security of energy supplies has never looked less certain. In the UK, neglected storage means we have the capacity to story 3-4 days of Gas…

I would add questions about how the UK’s status as a first world economy with zero energy security will line up.

How has this happened? Why?

Well… that’s a long tale… But, it will be mightily embarrassing for the Boris Johnson Government if the first UK power outages occur during the COP26 Climate Circus in Glasgow in November.

COP26 has driven the Government’s agenda and ambition to be seen as more green, more carbon neutral and more ESG than anyone else. I’ve heard tales of cabinet ministers throwing sweary hissy fits when asked to support policies that don’t immediately square with green policies perceived as vote winners…

ESG has evolved into a religion, a high church of environmental orthodoxy. Its heretical to suggest ESG can’t work unless we evolve towards a cleaner energy ecosystem by continuing to burn hydrocarbons. A crisis this way comes: for all the posts on Linked-In boasting about green investments, or the industry awards for Green Bond of the year, or the multitude of certificates one can earn on ESG investments – it will all count for nothing this winter.

This winter – people are going to die of cold. 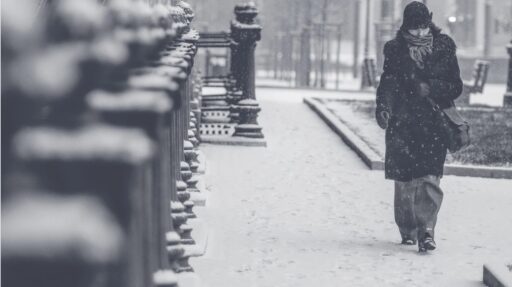 As the price of energy goes higher, the costs will fall disproportionately upon the poorest in Society. Income inequalities will be dramatically exposed as the most vulnerable in society face a stark choice: Heat or Eat…

This winter the UK is likely to be on its knees begging energy from wherever it’s available. Europe will be in as much trouble. The Middle East will be charging whatever they can get away with, and the capacity to deliver is limited. The much vaunted energy-independence of the US will be tested – it unlikely they will be minded to export. That will leave government with a stark choice – let people freeze or pay the cost, probably triggering a balance of payments crisis and a further confidence crash in sterling.

The likely source of Gas will be Russia. And Vladimir Putin can’t wait.

ESG is but propaganda for a corporatist adventure, the biggest and baddest financial heist ever undertaken and will kill as puts money in already wealthy hands.

The puppeteers controlling the current White House occupant are making a bog move to kill natural gas so it doesn’t stand in the way of rewarding hedge fund supporters hoping to cash in on green eggs and scam in the nation-killing spendathon labelled as “infrastructure.”

EPA officials have recently indicated that the proposal to regulate existing sources will be released “in the coming weeks,” and EPA signaled in its latest unified agenda that the proposed rule might be released in October 2021. EPA has hinted that the proposed regulations will rely on new advancements in methane emissions detection and measurement technologies to potentially impose much more stringent limits than the current Quad Oa requirements.

Unlike an NSPS rule for new, modified, and reconstructed sources, performance standards for existing sources would not be implemented directly by the EPA. Instead, in the unusual case where a new source NSPS regulates a pollutant not otherwise regulated under the Clean Air Act — here, methane — the EPA must propose emission guidelines to be adopted by the states and approved by the EPA. Only if a state fails to adopt the emission guidelines would the EPA move to implement the existing source performance standards directly.

So, it’s yet another unaffordable Federal mandate on the states then. Pennsylvania should do what many other states do and give the EPA the Heisman, but no, count the Pennsylvania DEP to implement the rules faithfully and allow Buffoon Biden and Trust-Funder Tom Wolf kill to attempt to strangle natural gas. Except they won’t and can’t because the natural gas industry is already so far ahead of the regulators as to make this death attempt fruitless before it begins and as the story above notes, reality has a way of intruding on the best laid plans of bureaucrats, politicians and other tyrants. Natural gas is in high demand and that demand is not going to ebb soon with all the foolish mistakes these people have made in Europe and would love to make here.