I don’t much like to quote Vladimir Putin’s propagandist Russia Today (RT) site, but it’s necessary in this case to illustrate how Putin is taking advantage advantage of Europe in the PR wars and he’s not wrong about the wind energy part of the equation:

A surge in the cost of gas which has seen bills shoot up for households and industry is down to a shortfall in electricity generation, and not because Russia is somehow squeezing supplies, President Vladimir Putin has argued.

Speaking as part of a keynote address at Russian Energy Week on Wednesday, Putin said that a fall in output from wind farms had meant electricity prices shot up, having a knock-on effect on demand for gas. Wind power makes up an increasingly large share of Europe’s energy generation, particularly in the west of the continent, he went on.

“The rise in gas prices in Europe was the result of a shortage of electricity, and not vice versa,” the president insisted.

Putin went on to accuse Western leaders of “trying to cover up their own mistakes,” following a series of claims that the situation is because Russia is withholding supplies. He added that “proper analysis of the situation is often replaced by empty political slogans.”

Putin is very likely, of course, restricting natural gas availability to magnify the effects of Germany’s insane Energiewende debacle, but that doesn’t change the truth about Europe’s foolish green energy experiment, which made it vulnerable to the bite of the big Russian bear.

Joe Biden, our creepy current White House occupant, is a bumbler, a political hack from day one who’s never been correct about much of anything, making him the perfect stand-in for whatever Marxist controllers are actually directing him. They’ve gotten him to do everything possible short of banning oil and gas altogether to kill our American energy independence success story. The result was predictable and so now the Biden team is begging the industry and OPEC (who has given him the Heisman) for help:

As demand returns to pre-pandemic levels, free-market supply remains suppressed by the White House, which is considering a release from the Strategic Petroleum Reserve maintained for emergencies. This is supposed to be for real emergencies, however, such as hurricanes that severely hamper Gulf Coast refineries and cause a sudden disruption in supply, not when prices exceed $80 a barrel, which they often have over the prior decade.

Now looking to the oil industry for rescue, the administration has raised costs of production when not outright prohibiting it, as is the case in Alaska’s Arctic National Wildlife Refuge with equipment ready to be put to use in nearby Prudhoe Bay. Constant threats of cascading taxes and regulation, the postponement of new leases until spring, and pressure on Wall Street to rethink investment has crippled opportunities for expanded domestic production.

“We would be happy to increase our production, but this administration is doing everything in its power to run us out of business,” Kathleen Sgamma, president of the Denver-based industry trade group Western Energy Alliance, told The Federalist. “I think if they stop manipulation markets the problem would be solved.”

Sgamma emphasized that the restriction of capital has become one of the greatest obstacles to ramping up operations.

“We can’t get capital because they’re putting so much pressure on banks not to lend to us in the name of climate change,” Sgamma said.

Even if the U.S. were to reach net-zero emissions, a primary target of Biden’s by 2050, it would post a minimal effect on global temperatures.

“If the whole country went carbon-neutral tomorrow, the standards United Nations climate model shows the difference by the end of the century would be a barely noticeable reduction in temperature of 0.3 degree Fahrenheit,” reported Copenhagen Consensus President Bjorn Lomborg in The Wall Street Journal. Lomborg citied high-emissions from India, Africa, and China, the last of which is the largest contributor of greenhouse gases on the planet.

Instead, the White House has shopped overseas, begging foreign adversaries to raise oil output to solve an energy crisis on the horizon as Biden actively suppresses production at home.

While this may seem to be incompetence, and it surely is, it is also a demonstration the Biden team is still about killing the industry here, not there; that’s why they went to OPEC for help first. The objective, for them, is restrain our American oil and natural gas industry  and allow opportunity for corporatist green rent scammers to make trillions off ratepayers and taxpayers; the same reason the Biden “infrastructure bill” includes massive funding on green eggs and scam.

And, Oil and Gas Comes to the Rescue Yet Again, at Glasgow, No Less!

The COP Climate Change Conference, hosted by the UK in partnership with Italy, is taking place in Glasgow from October 31 to November 12. One blogger from Brighton wrote this week that attendees from the conference will be staying at Gleneagles Hotel, where there are 20 Teslas at the hotel to shuttle people back and forth to the convention, which is about 75km.

Then, the kicker. Since the hotel only has one Tesla charging station, several diesel generators have been contracted to help recharge the Teslas overnight.

Don’t you love it?

USDA Tells Us What It Plans to Do About Global Warming

It’s all hype designed to obscure what’s really happening; a corporatist raid on the public treasury to fund green eggs and scam:

Executive Order 14008 (“Tackling the Climate Crisis at Home and Abroad”), which was issued by President Biden in January 2021, outlined a set of coordinated actions to address climate change including a requirement that all federal agencies prepare a plan to identify the impacts of climate change on their mission and operations and propose steps to face these challenges. Pursuant to this Order, on October 7, 2021, USDA released its “Action Plan for Climate Adaptation and Resilience.” 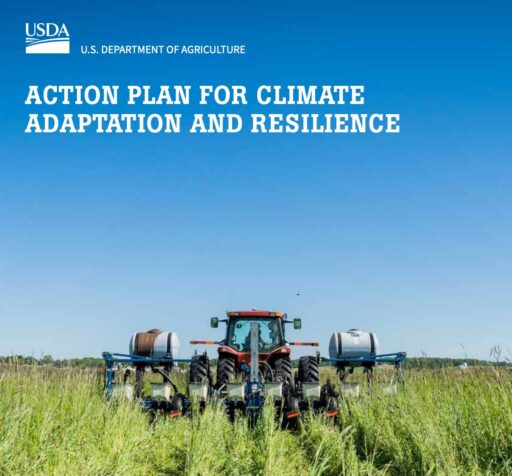 In response to these vulnerabilities, USDA proposes the following adaptation actions:

• Build resilience across landscapes with investments in soil and forest health. This includes conservation practices, improved water management and efficiency, and ecosystem restoration and management.

• Increase outreach and education to promote adoption and application of climate-smart adaptation strategies. USDA aims to develop and deliver science-based and region-specific information and technologies to the communities that will be most affected by climate change.

• Broaden access to and availability of climate data for USDA Mission Areas, producers, land managers, and other stakeholders. This includes supporting the collection and curation of climate change data and translating it into user-friendly models and recommendations.

• Leverage the USDA Climate Hubs as a framework to support USDA Mission Areas in delivering climate adaptation science, technology, and tools. The Hubs is a framework for connecting USDA partners on climate change issues.

The USDA plan, in other words, is to do nothing but think and talk while other agencies fund the green eggs and scam. Exactly as I expected. Always follow the money to find the truth about government.

One of the biggest ironies to start this decade is the transition from fossil fuel generation to green energy has created a global energy crisis that is forcing the U.S., among many other countries, to restart coal-fired power plants monumentally ahead of the winter season in the Northern Hemisphere to prevent electricity shortages.

The virtue-signaling assault by the green lobby spearheaded by hapless puppet Greta Thunberg must beside herself as U.S. power plants are on course to burn 23% more coal this year, the first increase since 2013, despite President Biden’s ambitious plan for a national grid to run on 100% clean energy by 2035. 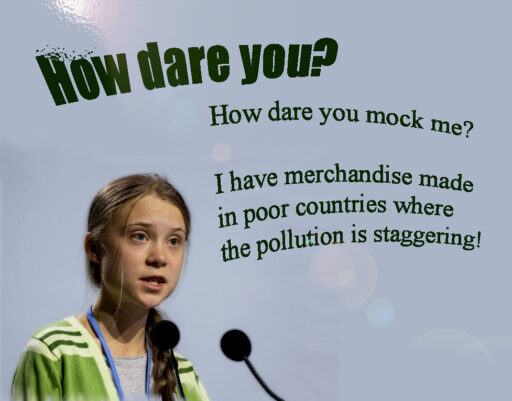 A global energy crunch is rippling through the world amid a huge rebound for power. Natural gas has soared to record highs as supplies remain tight, and countries are finding out that renewable energy sources aren’t as reliable as previously thought. This has created a massive worldwide scramble by power companies for fossil fuels, especially coal.

The truth cannot be suppressed; we need fossil fuels, all of them, as it turns out.