Readers pass along a lot of stuff every week about natural gas, fractivist antics, emissions, renewables, and other news relating to energy. This week; the search for Unobtainium, our Army warms and tanks go electric.

The Search for Unobtainium Continues Unabated!

The Unobtainium story isn’t new but it gets better with every video posting and watching:

Mark Mills is terrific, of course, but his message needs to be heard again and again as natural gas and oil opponents—corporatists intent on grifting from all of us by stealing subsidies for solar and wind and ideologues intent on stealing power—keep searching for Unobtainium at our expense, now and in the future.

How Long Must We Endure This Dangerous Idiocy?
Army Shifts from Defense to Fighting Global Warming!

Military.com reports the following, which offers further proof of the increasingly rapid decline of the West under Joe Biden and his crew of politically correct, woke appointees:

The 50-page plan, which is an extension of the service’s overall Army Climate Strategy released earlier this year, offers a series of ambitious goals to meet Secretary of Defense Lloyd Austin’s 2021 call to “immediately take appropriate policy actions to prioritize climate change considerations” as the Pentagon points to several instances of climate change-related events that have affected the services. 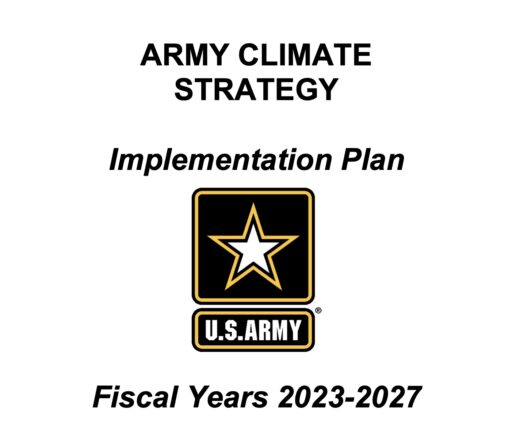 The Climate Strategy Implementation Plan said: “While the Army cannot address all or even most GHG emissions, the right initiatives, investments, and policies can significantly reduce Army GHG emissions while at the same time enhancing readiness.” … The Army is looking to further reduce that consumption, while battening down the hatches for the damage climate change will likely bring. …

“As extreme weather becomes commonplace, the Army must adapt its installations, acquisition programs, and training so that the Army can operate in this changing environment and reduce our greenhouse gas emissions,” said Secretary of the Army Christine Wormuth in a Wednesday press release.

This is beyond absurd, dangerous and foolish. Global warming is no threat; China, foreign wars, Russian tricks and natural gas shortages in Europe due to insane but politically correct European energy policies are and Biden and Lloyd want us to implement the insanity in our military? Our nation cannot survive such stupidity. It’s only exceeded by the brain deadness of our senile White House occupant who seems determined to ignite a nuclear war.

And, It’s Even Worse Than We Thought!

Another article on the Army’s  Climate Strategy notes the following:

The implementation plan complements the service’s climate strategy plan, released in February, that called for electric vehicles, microgrids, and more. But it contained no cost estimates, either for the individual programs or the effort as a whole. (“The funding is going to be a moving target,” Paul Farnan, the Army’s principal deputy assistant secretary for installations, energy, and environment, said in February. “This is a strategy that lays out steps…a lot in the coming decade, and even some beyond the next decade.”)

Now, the implementation plan seems to have all the bells and whistles—like a budget. It lays out three lines of effort: installations, acquisition and logistics, and training. Almost half of its pages are made up of a detailed list of goals with deadlines reaching well into the future… 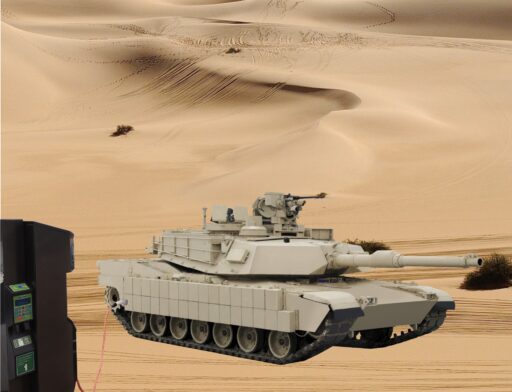 Army Insanity: Brought to us by the Biden Administration

What the implementation plan lacks, however, is the technology to carry it out—because that technology does not exist.

“Many of the objectives in the strategy reach out into the 2030s, 2040s, some even all the way up to 2050. Because the long-term goals we have to accomplish…we don’t know how we’re going to accomplish them yet. The technology is going to continue to evolve,” Farnan said at a Center for Strategic and International Studies event.

The climate implementation plan includes some familiar ideas, like microgridsand electric vehicles. But exactly how the Army will electrify all its vehicles, especially the heavy-duty ones, is unknown.

“The honest answer is: I don’t know,” Farnan said. “And that’s why the goal is up to 2050. Because we don’t know how we’re going to get there yet. The technology is not there to give us full electrification of tactical vehicles.”

“I don’t know how we’re going to do battlefield charging yet. Nobody knows that,” Farnan said.

Our country couldn’t possibly be in worse hands.

Maybe we should get rid of these idiots and stick with oil and natural gas? Just asking.