This happens again and again in the natural gas industry; innovation takes the opposition completely by surprise, first with evaporation treatment of flowback for reuse and now with use of flared natural gas as a source of energy for the high-consuming bit coin earning calculators!

Before the latest round of CCP’s crackdown on cryptocurrency began in June,  we noted months earlier that one way to curb carbon emissions from gas flaring was to use methane, a byproduct of fracked shale production, as an energy source to mine crypto, instead of releasing the gas into the atmosphere and or burning it.

According to BloombergNEF’s Amanda Ahl, “miners have been flocking to the U.S. Natural gas-rich states have proved particularly attractive because the gas that would otherwise be flared can be used to power crypto mining.” She said this reduces methane emissions for gas companies and benefits miners with low-cost energy, an ESG solution for the energy-intensive industry. 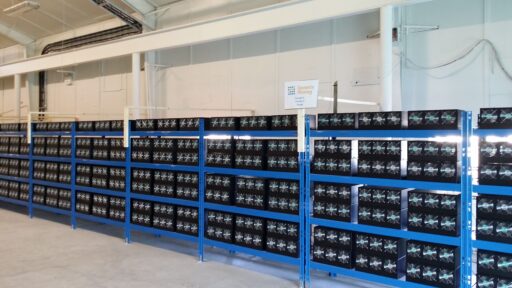 A crypto-currency farm that could be energized with natural gas from flaring!

North Dakota and Wyoming have proposed tax incentives for prospective miners to set up shop and use flared gas as power. Other states are passing restrictions to limit flaring, which would incentivize energy companies to either build out their own crypto mining facilities powered with flared gas or offer a new source of cheap energy to third-party miners.

Crusoe Energy is another company using flared gas to power 40 data centers to mine crypto and plans to expand to 100 centers next year. The company is tackling two dilemmas facing the planet today – the increasing energy footprint of the tech industry and carbon emissions associated with the fossil fuel industry.

Amazing, huh? The side benefit is this; the Chinese Communist Party, our own government and globalist controller wanna-be types everywhere hate bit coin, so it is a strike for freedom and liberty, too.

Why Renewables Will Cause More Problems Than They Solve;
The Same Problems Europe and the UK Are Facing Right Now

This is a pretty good explanation of why the Green New Deal would really be the Great National Depredation:

Gas and coal power plants generate continuous power by burning fuel, and how much they burn can be modulated based on the demand for electricity. But the generation of solar and wind energy fluctuates. The sun doesn’t shine at night, and turbines don’t turn without wind.

This can create a mismatch between demand and supply. Imagine there’s a heat wave. You get home from work at 6 pm and your house is sweltering, so you crank up the AC. The problem is that everyone else is doing that too. This is the time of day when people use the most energy, as they return from work and start cooling their houses, cooking, and running clothes washers and dryers. 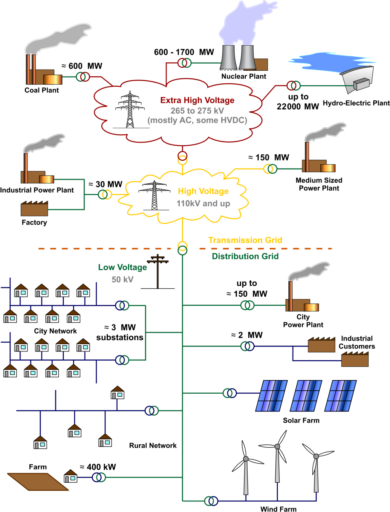 Yet by 6 pm, the sun is going down, and solar panels aren’t producing much power. And the wind can stop blowing at any time, leaving a deficit between demand and generation. (Utilities’ ability to load giant batteries up with solar power in the morning and store it for when customers need more energy is currently still quite limited.)

This puts tremendous stress on the grid, which has to exist in constant balance. Utilities have sophisticated systems for predicting when demand will go up and down, so on most days this isn’t a problem. They can buy extra power from neighboring utilities if need be. Or, they can strike that balance by burning more fossil fuels—but that, of course, spews more carbon. But if there’s an unexpected spike in demand and a utility doesn’t have the requisite power, it has to restore balance by cutting demand—with blackouts.

Yes, that’s how it works, why intermittency is a huge problem, why storage alone won’t solve it, why prices are exploding in Europe and why the Green New Deal is but a particularly dangerous hedge-fund scheme to rake in dollars for corporatists from all of us under government edict. Natural gas lowers emissions without the side effects and only fools will ignore that.

Check out this video of a Pennsylvania State Senate Community, Economic & Recreational Development Committee AND Senate Environmental Resources & Energy Committee hearing held on Monday, October 4, on the subject of “Consumer & Economic Impacts of Failing to Invest in Pennsylvania’s Natural Gas Infrastructure.” There is lot’s of great material (and some pitiful from the other side) but the first quarter-hour or so by Senators Yudichak and Yaw really set the stage: