A Tiny Dose of Reality on CO2, Please!

Our friend Gordon Tomb, Senior Advisor to the CO2 Coalition, reports on the mumblings coming from John Kerry, one of the most pompous people in politics and one of the enemies of natural gas development:

In the following 29-second video, John Kerry says removing CO2 from the atmosphere will be necessary in addition to achieving net zero emissions — itself a physical impossibility.

Those proposing carbon taxes, carbon capture and anything else Green New Dealish must be confronted with the absurdity of this statement and of plans to spend trillions on programs that achieve nothing. Eventually, the realities of natural processes will force all but the most deluded to acknowledge the foolishness of the climate cult. The question is how much pain will we allow to be inflicted on society in the meantime.

Linked here is the CO2 Coalition’s op-ed in the Washington Times’ Earth Day supplement. Every word of it was approved by Drs. William Happer and Richard Lindzen, professors emeritus of physics at Princeton University and of atmospheric science at Massachusetts Institute of Technology, respectively, among others.

So nice to see this pushback on the Big Green Scam that surrounds “global warming” even as natural gas lowers emissions across the board!

So, You’re Saying Energy Prices Will Skyrocket for Consumers…

This is nothing less than a stunning admission of the truth; it’s all about the money to be made on—trillions of dollars—by imposing new costs on ordinary Americans:

The private sector will shoulder the costs associated with transforming the U.S. economy into a “green” economy, Treasury Secretary Janet Yellen said Wednesday. 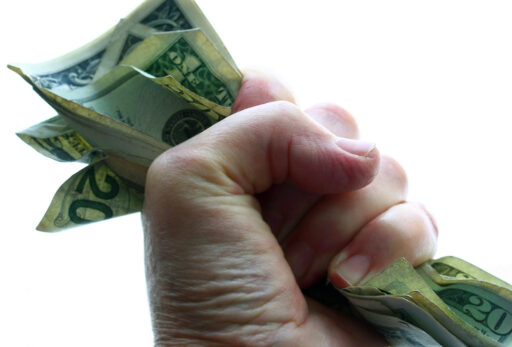 It’s all about the trillions of dollars at stake and green greed.

While the federal government plans to provide funds through direct investments and tax credits, private companies will be expected to pay for most of the estimated $2.5 trillion needed over the course of the next decade for the so-called “green transition,” Treasury Secretary Janet Yellen said during a speech at the Institute of International Finance on Wednesday.

Yellen began her speech, which was focused on the U.S. response to climate change, by laying out how the public sector would respond and touting President Joe Biden’s American Jobs Plan. She then explained the private sector’s responsibility, saying it “should not be very challenging” for companies to raise the money necessary for climate change initiatives.

“One estimate placed the needed incremental investments at over $2.5 trillion for the United States alone,” Yellen said during her remarks Wednesday. “Private capital will need to fill most of that gap.”

Dimock Streams to Get Upgrade from Marcellus Legacy Fund

The natural gas industry funds the Marcellus Shale Legacy Fund, which, in turn, provides financing for grants to fund worthy projects such as this:

A $95,000 state investment has been awarded to Dimock Township, Susquehanna County, to restore and stabilize a tributary to White Creek in the township, according to state Sen. Gene Yaw (R-23) and Sen. Lisa Baker (R-20).

The grant, announced Wednesday by the Commonwealth Financing Authority (CFA), would fund a large portion of the project, which includes design, permitting and construction.  Once fully completed, the project will restore and stabilize approximately .52 miles (2,720 feet) of the tributary leading to White Creek in the Upper Susquehanna-Tunkhannock Watershed.

On August 5, 2020, Senator Yaw and Senator Baker sent a letter to Secretary Dennis Davin of the Pennsylvania Department of Community and Economic Development advocating for the project.

“When I heard about the project early on, I knew it was something we could support,” Senator Yaw said.  “Maintaining our streams and waterways has been an issue across my Senate District for years. Just like we take care of roads, we need to efficiently manage and take care of our streams and other tributaries.” 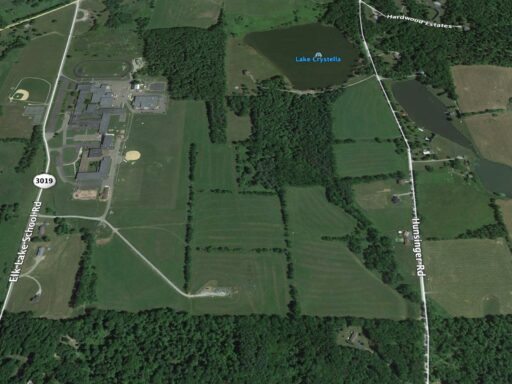 “I applaud our local leaders for seeking out state support for the restoration project,” Senator Baker said.  “I was pleased to work with Senator Yaw to advocate for this funding, which will aid both the local community and our entire region.  Northeastern Pennsylvania has a tremendous amount of great outdoor spaces, which we must invest in preserving and protecting.”

“This project will restore stream function and stability, as well as establish a riparian buffer in the headwaters of this tributary, which is vital to the overall health of the watershed,” noted Rebecca Peterson, PE, President, Folsom Engineering, LLC – the project engineer.

The stretch of waterway is currently experiencing significant streambank erosion, and the proposed restoration portion of the project would restore sections of the stream that were previously channelized. The existing forested buffer in this section would be enhanced as necessary with appropriate trees and shrubs ensuring channel stability and habitat.

“The grant money will go to a good cause to restore the stream on the Elk Lake School property,” Supervisor Ronald Teel said.  “Dimock Township is grateful to receive the grant.”

“On behalf of the Elk Lake School District, I would like to truly thank both Senator Yaw and Baker, as well as Representative Pickett, who’s support for this project played a critical role in acquiring funding approval,” said Dr. Kenneth F. Cuomo, Superintendent, Elk Lake School District.  “Without this funding our small, rural school district would never have been able to afford a multifaceted project such as this which will result in a cleaner waterway, provide erosion control, and provide educational opportunities for all students to experience hands-on learning of ecology and biology standards. In addition, the plan includes an ADA compliant walking trail to enhance accessibility for students and community members with disabilities. This project has long-term positive effects and is a win for everyone!”

Well, we knew it, didn’t we? Natural gas is not only having no discernible negative impact on stream water quality; it is actually improving the waters.

The Big Lie Being Told to Working Men and Women

From Bloomberg, an anti-gas faux journalist outfit, no less:

“The new green economy has been heralded as a win-win for workers and the environment, but that’s a big lie to working men and women when wind and solar developers discourage unionization efforts, which we are seeing on most of the large-scale utility projects,” says Terry O’Sullivan, general president of the Laborers’ International Union of North America (Liuna)…

One major deterrent to labor organizing is that developers often rely on recruitment agencies to provide a pipeline of laborers. According to the North America’s Building Trades Unions (Nabtu), less than a quarter of wind and solar projects that got under way since the start of last year are using unionized workers. 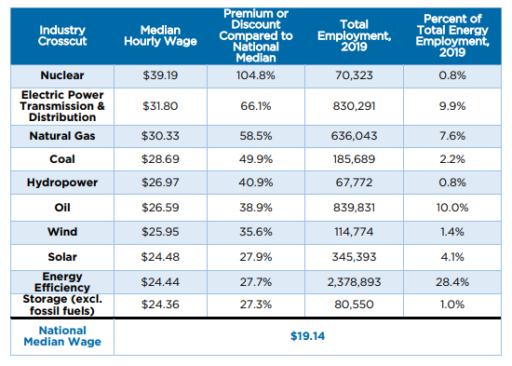 Solar workers who aren’t in a union average $16 to $19 an hour, while their counterparts on wind projects get about $17 to $25 an hour, according to Liuna, which represents half a million construction workers. The union says its members working on solar projects get paid an hourly wage of $28.41, while their counterparts in wind get paid about $27.65 an hour, and all have benefits.

“Green capital is antilabor,” says Joe Uehlein, president of the Labor Network for Sustainability, a climate and worker advocacy group in Maryland. Solar companies often require installers to sign contracts stating they’re independent contractors, making them ineligible to join unions, he says. “They aren’t good actors when it comes to treating their workers.”

LIUNA knows the truth and that’s why they support natural gas development, of course.