Make no mistake, Michael Moore still hates us, but he’s really onto the whole green eggs and scam thing:

What if alternative energy isn’t all it’s cracked up to be? That’s the provocative question explored in the documentary “Planet of the Humans,” which is backed and promoted by filmmaker Michael Moore and directed by one of his longtime collaborators. It premiered last week at his Traverse City Film Festival.

The film, which does not yet have distribution, is a low-budget but piercing examination of what the filmmakers say are the false promises of the environmental movement and why we’re still “addicted” to fossil fuels. Director Jeff Gibbs takes on electric cars, solar panels, windmills, biomass, biofuel, leading environmentalist groups like the Sierra Club, and even figures from Al Gore and Van Jones, who served as Barack Obama’s special adviser for green jobs, to 350.org leader Bill McKibben, a leading environmentalist and advocate for grassroots climate change movements… 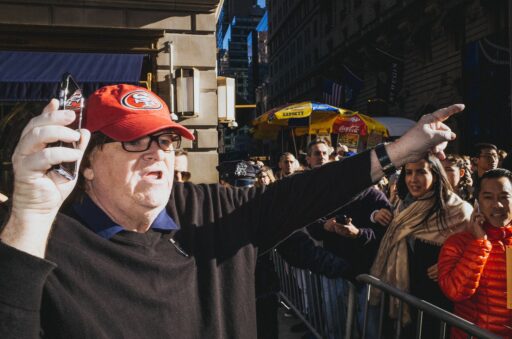 “We all want to feel good about something like the electric car, but in the back of your head somewhere you’ve thought, ‘Yeah, but where is the electricity coming from? And it’s like, ‘I don’t want to think about that, I’m glad we have electric cars,’” Moore said. “I’ve passed by the windmill farms, and oh it’s so beautiful to see them going, and don’t tell me that we’ve gone too far now and it isn’t going to save us … Well, my feeling is just hit me with everything. I’m like let’s just deal with it now, all at once.”

Who would have imagined Michael Moore, the rich movie-maker who hates capitalism, would come to recognize what big green is really all about? Well, it’s not so strange really. What Moore hates, whether he knows it or not, isn’t the capitalism that’s made him wealthy but, rather, corporatism that passes for real capitalism in too many quarters. And, nothing offers a better example of corporatism and cronyism than big green as reflected in its latest iteration as the green new deal. It’s all a scam, folks, and when you’ve lost even Michael Moore, you know the gig is just about up.

Our friend Steve Everley remembers everything, especially when it comes to the words of  FRAC Act supporter and stupid reporters back in the day who were wondering why the industry couldn’t get behind legislation that still provided some protections for trade secrets. They suggested it was only about establishing some EPA oversight of the industry and went all out to back demagogic sponsors such Senator Bob Casey. But, now we learn the truth, Steve says: 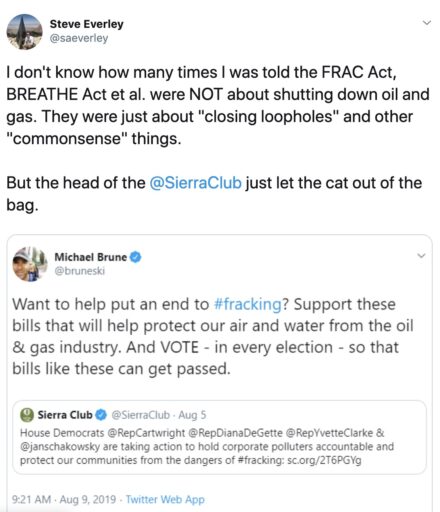 Utility Dive is a pro-renewables website, but, as one reader says, is “unlike so many Pollyanna green sites [in that it] also reports their problems.” Here is an example:

The point is not that these problems are ultimately unsolvable. They could be with technological progress, but natural gas is also making steady progress and the energy density factors are still with us, regardless of storage, which isn’t close to being feasible, yet, without massive subsidies and certain real risks.

Big Brother Germans Want to Stop Us from Eating Meat

Is there no end to the degree to which Germany won’t go to control its citizens and virtue signal to the rest of the world? No. 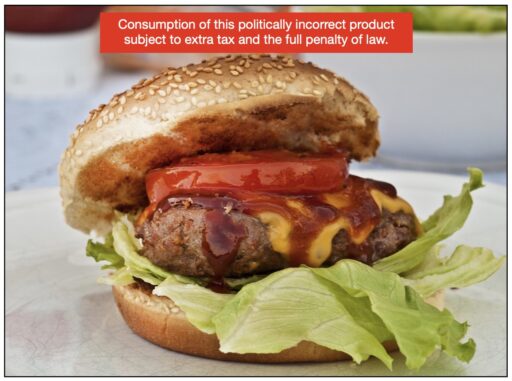 Current levels of meat consumption are also believed to be unsustainable on environmental grounds.

Earlier this year researchers from City, University of London said developed countries need to eat 80 per cent less meat to safeguard the Earth from environmental disaster.

Take anything from government and this is what you get; condescending attempts to control your life by those you put in charge. We laughed when AOC talked about this as part of her Green New Deal, but ordinary German citizens aren’t laughing. This is what the Green New Deal means; control of every aspect of our lives down to what we eat. Be scared, very scared.