Joe Biden’s first act from the White House he occupies was to sell out his trade union allies and cancel the Keystone Pipeline as an ode to extreme greens, the Russian bear and the Chinese reds, all of whom have something on him and wanted it. The greens pursue a new religion, the Russians want to replace us as the world’s key oil supplier and the Chinese communists want to sell us solar panels while they burn fossil fuels and develop their natural gas. The result of this treachery:

The White House is calling on OPEC and its oil-producing allies to boost production in an effort to combat climbing gasoline prices, amid concerns that rising inflation could derail the economic recovery from Covid.

The White House said the group’s July agreement to boost production by 400,000 barrels per day on a monthly basis beginning in August and stretching into 2022 is “simply not enough” during a “critical moment in the global recovery.”

…Gas prices have climbed this year as demand for petroleum products returns. The national average for a gallon of gas stood at $3.186 on Tuesday, according to AAA, up from $3.143 a month ago. Over the last year, prices are up by just over $1.

In May, the national average crossed the $3 mark for the first time since 2014.

“The president recognizes that gas prices can put a pinch on the family budget,” said a senior White House official, who asked not to be identified to speak candidly about the issue. “He’d like his administration to use whatever tools that it has to help address the cost of gas, to help bring those prices down.” 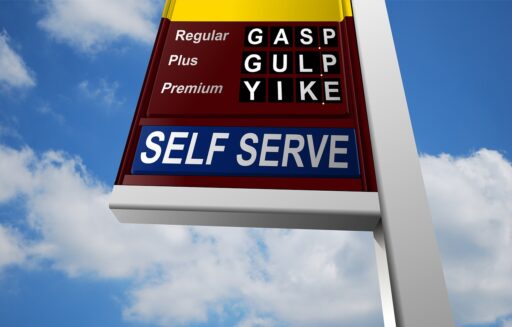 …The Biden administration is also calling on the Federal Trade Commission to “monitor the U.S. gasoline market” and “address any illegal conduct that might be contributing to price increases for consumers at the pump.”

The letter from the National Economic Council to the FTC urges the regulatory body to look into the factors contributing to the rise in gas prices in an effort to ensure that consumers aren’t footing an unfair bill.

So Biden, the guy who was always a crooked buffoon and is now senile to boot, is leading us. He cancelled the Keystone because he had no choice. He had to obey his controllers. The market reacted predictably to a future with less access to oil and our gas prices went up. Biden’s response? Investigate and beg for help. Our country is falling apart.

No sooner had Joe Biden given the Russian bear a green light to build the Nord Stream 2 natural gas pipeline and this happened:

One week after we first observed the staggering surge in European nat gas prices, those same prices hit a new record high as a slow at first, then much faster tightening of Russian supply looks set to cause a storage crunch on the continent.

Russian gas flows via the Yamal-Europe pipeline that runs across Belarus and Poland to Mallnow, Germany…

… have continued to shrink since the start of the month, leaving Europe out of time to refill inventories ahead of the winter. As the chart below shows, the amount of gas entering Germany at the Mallnow compressor station has plunged by almost half, signaling Russia is flowing less through the Yamal-Europe in what may be a Kremlin shot across the European bow, and a reminder who literally keeps the lights open during the winter.

And even though Gazprome earlier today said that it was continuing To fulfil its obligations for deliveries via the Yamal-Europe gas pipeline, and was using all available options to fulfill its obligations, clearly the facts speak otherwise…

And with supplies at a quarter of their normal levels, the Dutch TTF front-month wholesale gas price, a European benchmark, hit a record high of 45.78 euros per megawatt hour on Wednesday, which traders said was partly caused by fears over supply and the reduction in Mallnow flows.

The Russian bear has Biden hiding in the outhouse, eats Germans for snacks and has put other Europeans on the dinner menu. Weakness is easily discerned by most animals.

Here is a great story from Pittsburgh about natural gas, renewables and an airport for your listening pleasure:

Enjoy! And, check out these interviews as well:

So, the U.N. Is Unreliable Then?

About that latest IPCC report:

The new IPCC report dropped yesterday, prompting a flurry of interpretations and, yes, spin. The Secretary General of the United Nations warned of,

“a code red for humanity. The alarm bells are deafening, and the evidence is irrefutable: greenhouse‑gas emissions from fossil-fuel burning and deforestation are choking our planet and putting billions of people at immediate risk.”

Not only is this wrong, it is irresponsible. Nowhere does the IPCC report say that billions of people are at immediate risk.

Read the whole thing. Ignore the U.N. which is nothing but a propaganda machine for those who want to steal from America.

So, Natural Gas Is the Key, Then, Not Solar or Wind?

A coalition of labor unions and power companies is  pushing for more options, including hydrogen and “dispatchable power,” in the state’s push toward a carbon-free electric grid by 2040.

Contending that goal will be hard to reach under the current guidelines, they say subsidies for clean energy need to go beyond wind and solar and include technologies like hydrogen or cleaner forms of gas and even nuclear.

They contend that is what is needed to reach the goal of a totally green energy system in the next 19 years – a goal set forth in the state’s 2019 Climate Leadership and Community Protection Act.

“You need something that’s available 24/7,” said Gavin Donohue, president and CEO of the Independent Power Producers of NY, a group representing power plant operators. Solar and wind, he explained, produce little or no power at certain times, such as calm or cloudy days or at night.

The IPPNY and a coalition of labor unions, including the AFL-CIO and construction trade unions, on Thursday filed a petition with the state Public Service Commission seeking the expansion.

Never trust the headline writers! The CLCPA can’t work and everyone knows it but editor of the Times-Union wants to hide it. Dispatchable power via natural gas is what we’ve been preaching for years here and now we’re seeing reality intrude on fantasy, as was inevitable.