Not Enough Wind or Money!

But, I was told it was all free, with an endless supply!

A wind farm operator has encountered a problem: not enough wind.

John Laing Group JLG, -1.73%  , the U.K. infrastructure investor, has put on ice its investments in renewable energy projects in Europe and Australia because it isn’t windy enough. 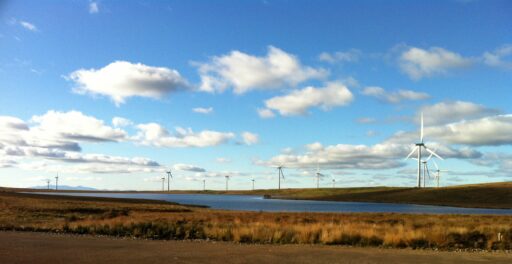 Brousse said that meant that its windfarms aren’t generating as much power as expected. Shares in the company were down 5.57% at 359.6p in late afternoon trading in London on Thursday.

The comments were made as John Laing reported an 80% plunge in first-half earnings.

Industrial wind facilities seem to losing wind, both figuratively and literally it seems. What will Europe do? They’ll have to frack or buy our LNG, of course. Natural gas now, as we say!

Wait A Minute! Didn’t You Say Pennsylvania Has No Severance Tax?

A regular reader wrote yesterday to mention this story from June:

According to figures released today by the Pennsylvania Public Utility Commission (PUC), Senator Yaw’s District will receive $48,092,294.87 in unconventional gas well fee revenues generated during 2018.  These distributions account for roughly 19 percent of the total $251,830,900 received by the PUC, who is responsible for imposing, collecting and distributing impact fees.  This year’s distribution is approximately $7.9 million higher than last year.

“Over the past eight years, Bradford, Lycoming and Susquehanna counties again ranked among the highest recipients of Act 13 revenues,’ Sen. Yaw said.  “The impact tax is working.  In fact, our state tax brings in more money than the severance taxes in Arkansas, Colorado, Ohio & West Virginia combined.  The benefit to my rural Senate district, and rural Pennsylvania as a whole, is immeasurable.”

This made me decide, just for fun, to check West Virginia’s severance tax collections and I found this: 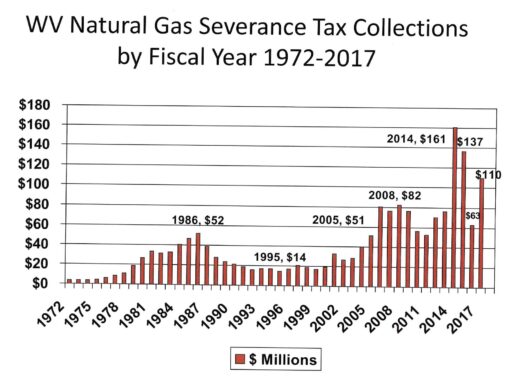 So, You’re Saying Wind Turbines Aren’t So Green;
There Are Accidents and Environmental Impacts?

Another reader and friend from long ago, who I’ve not seen in a long time, writes to share this:

A southern Washington wildfire caused by melting sections of a wind turbine that fell to the ground after the turbine’s generator caught fire has been 80% contained, officials say.

Level three “go” evacuations were also downgraded Monday, and crews began demobilizing that night. Remaining crews will be released by Tuesday evening. No one has been seriously hurt by the 253-acre blaze, which is dubbed the Juniper fire.

The fire response unfolded after smoke was reported to be coming from the generator of a wind turbine south of Bickleton in Klickitat County on Saturday afternoon, according to a new release from Klickitat County Emergency Management.

Fire engulfed the turbine 300 feet above the ground, causing melted pieces to fall to the ground, igniting grass and brush, according to the release.

Sorry, but it’s not “sustainable energy” when the damned things catch on fire hundreds of feet in the air and start blazes on the ground. It’s just an accident some will say, but that isn’t what they say when it’s natural gas. And, what makes something that requires massive public subsidies and still makes no economic sense sustainable anyway? I have no problem with wind energy per se and have worked on wind projects but can’t we at least be honest about it; that it’s just another form of energy with it’s own set of risks and impacts? Stop with the “sustainable” crap. Natural gas now instead, please.