PennEast Pipeline, as readers will recall, was the victim of an irrational Third Circuit Court of Appeals decision that said the company didn’t have the right to condemn New Jersey state property, even when that property interest was nothing more than a farmland protection easement. It was bizarre and the United States Solicitor General has stepped in to ask the Supreme Court to correct things:

It is common for pipelines to cross lands in which a State may hold (or readily acquire) some form of inter-est. See Pet. 32; 170 FERC at 61,500 & n.228 (noting that New Jersey claims a property interest in more than 1300 square miles, more than 15% of the land within that State). Requiring all interstate natural gas pipelines to be re-routed (if possible) over exclusively private land would significantly restrict FERC’s ability to approve those projects, pose a substantial risk of in-creasing the costs and environmental impacts of the Nation’s natural gas infrastructure, and threaten abandonment of some projects that FERC would otherwise find to be in the public interest. 170 FERC at 61,500 n.221. 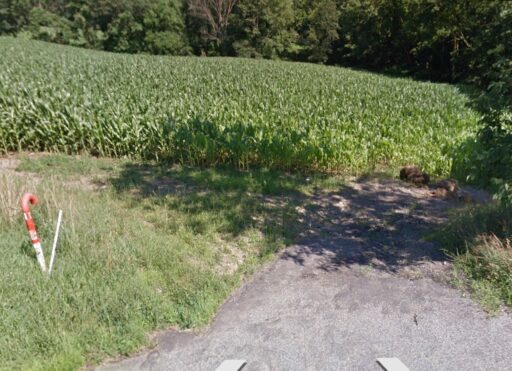 Granting such veto power to the States would be directly at odds with the NGA’s general purpose of ensuring a reliable and affordable interstate supply of natural gas, and the purpose of the eminent-domain provision in particular. See pp. 1-4, supra. As Congress recognized when adding the provision, if a State may stand in the way of an interstate natural gas pipeline’s ability to acquire the requisite property by eminent domain, “it is obvious that the orders of [FERC] may be nullified,” undermining the “very objectives of the Natural Gas Act.”

That makes perfect sense. The Feds are lining up with PennEast.Well, good!

They Want the land for Themselves; It’s Always That Way

Jordan McGillis, the writer of this story, truly understands what elitist environmentalism is all about, filthy rich folks waning to get us “deplorables” off the land to grab it for themselves:

Oil and gas is a preeminent economic positive for the state of New Mexico. The industry provides over 130,000 jobs and in 2018 it contributed $16 billion to the state economy. What’s good for New Mexico’s economy is also good for state government, which tallied industry revenue exceeding $3 billion in 2019. That figure looks even more impressive when put in the larger budget context: the $3 billion plus from oil and gas made up almost 40 percent of New Mexico general fund revenue.

It’s curious then that a group based in the Land of Enchantment would undertake an arduous struggle to reverse oil and gas leasing in the state’s southeast. Yet that is just what Santa Fe’s WildEarth Guardians are doing. As I explained in the Albuquerque Journal, New Mexico’s leading newspaper, the WildEarthers are engaged in a relentless campaign of litigious harassment that could sap the life from the state economy and blow a hole in the state budget…

If the WildEarthers’ court appeal succeeds in forcing a vacating of these leases, it would result in the closure of 31 wells and the sacrifice of all future revenue from their production. It would also require the state of New Mexico to return hundreds of millions of dollars.

The legal assault by the WildEarth Guardians is the modus operandi of the deep-pocketed environmental machine known as Big Green, Inc. Each year, small regional organizations like the WildEarthers pull in checks for tens or hundreds of thousands of dollars from billion-dollar and centimillion-dollar entities like the New York-based Park Foundation and the Washington DC-based Wyss Foundation, then use that money to harass companies, or in this case, to harass a federal agency for its leasing decisions. Many of them run the same playbook, exploiting language from outdated laws like the National Environmental Policy Act. The WildEarth Guardians are out front in this case, but they are just one of Big Green, Inc.’s multitudinous phalanges. 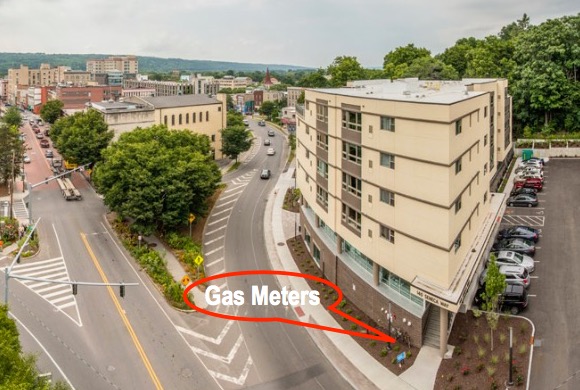 Park Foundation headquarters in NY, served by gas, no solar

Setting aside the legal jargon in which Big Green, Inc. and the WildEarthers couch their suits, what they really want is to cut human beings off from the land. They are not concerned by the economic harm their lawsuits would cause to New Mexicans’ livelihoods and to state funding of education, healthcare, and infrastructure—they care only about keeping the Earth wild. When the WildEarth Guardians file these lawsuits, they are not doing so on behalf of New Mexicans, they are filing them against New Mexicans.

Oh, yes, we know all about the Park Foundation snobs who live in gas-heated houses and run their group from a new gas heated building.

So It Can’t Be Done Without Gas, Then? Well, by Golly!

Once again, facts intrude on the blind ideology of green energy vs. natural gas:

Both demand for electricity and output from natural gas-fired power plants in California are often highest in the afternoon and early evening, between 4:00 p.m. to 7:00 p.m. Output from solar power will peak and then plateau by midday, rapidly declining by the evening as the sun sets. As solar output declines, natural gas-fired generators often have to ramp up, or increase their output, considerably.

The ramping effort in California is often greatest in the summer months, when air conditioning use increases demand for electricity. According to data from the U.S. Energy Information Administration’s (EIA) Hourly Electric Grid Monitor, hourly natural gas-fired generation on a typical summer day (based on the average of July and August 2020) went from 10 gigawatts (GW) for the hour ending at noon to 22 GW for the hour ending at 7:00 p.m.

In the winter months, natural gas power plants go through two cycles: ramping up and down in the morning and again in the evening. California’s hourly natural gas-fired electricity generation in January and February 2020 was often at its lowest point in the middle of the day, when solar-powered generation was at its peak.

Don’t you just love it?