Great insights from Energy In Depth on California’s energy problems; they all start with its wealthy elites:

California’s municipal gas bans cater to an affluent few. Electricity in the state costs 60 percent more than the U.S. average, and the state boasts the highest poverty rate in the nation, meaning that many don’t have the luxury of bearing any additional expense from electrifying every aspect of their home. The average median household income of the 40 cities in the Golden State that have passed a reach code banning future use of natural gas appliances in buildings totals $116,379 – approximately $45,000 (63 percent) more than the California average. On the list are multiple outliers within the state, with Menlo Park, Piedmont, and Los Altos earning upwards of $220,000. 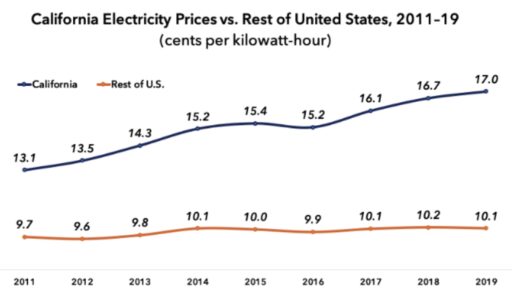 Before the COVID pandemic, 18.1 percent of state residents lived in poverty and 33 percent were classified as low income. According to a 2016 study by Energy Efficiency For All, any modest electricity rate increase would threaten these vulnerable households with mass shut-offs and economic dislocations. Already since that study was published, electricity rates have risen 10.9 percent and continuing to trend upwards.

It’s always the same people, isn’t it? Wealthy elites and trust-funders are always paying more attention to signaling their green virtues than looking out for the good of the folks they would have us believe they represent.

LNG is a hot market right now, according to this story:

Liquefied natural gas has made a dramatic rebound from a pandemic-induced demand collapse, and the rally in the heating and power-plant fuel could extend into next year.

The onset of colder weather in key importing nations, outages at major production hubs and congestion along global shipping routes have combined to push spot prices in Asia this week to the highest level since 2014, a more than sixfold jump from a record low in April.

Most of those factors are seen persisting into the early weeks of 2021, adding to upward pressure for prompt cargoes. That’s a potential boost for commodity houses that’re shifting more resources to trading the fuel and are typically more exposed to spot prices than oil-linked rates.

“It’s going to take three to four weeks before the cavalry arrives with enough supply from Qatar, Nigeria, and the U.S., so if you’re a buyer with immediate needs, it’s going to be costly,” said Ira Joseph, head of gas and power analytics at S&P Global Platts.

There’s an awful lot about the DRBC that is, indeed, most shameful, but approving Gibbstown isn’t it:

The Delaware River Basin Commission (DRBC) recently approved a construction permit for the Gibbstown Logistics Center in Gloucester County, NJ, which will be capable of handling exports of liquified natural gas. The project from New Fortress Energy involves transporting the gas from the Marcellus Shale across Pennsylvania to the terminal using 100-car trains that activists have called “bomb trains.”

Pennsylvania State Sen. Katie Muth, who represents Philadelphia’s suburbs, likened the trains to “the energy of the Hiroshima bomb” in a tweet opposing the project.

A flurry of statements from environmental groups came out after Wednesday’s ruling, including one from actor Mark Ruffalo who recently starred in a movie about contaminated water in West Virginia calling the commission’s decision “shameful.” Ruffalo and fellow actor and activist Leonardo DiCaprio were among the signatories on a letter to Govs. Phil Murphy (D-NJ), Andrew Cuomo (D-NY), John Carney (D-DE), and Tom Wolf (D-PA) opposing the terminal. The governors serve as ex-officio members of the Commission and appoint alternates to represent them.

The letter argued that the project violates the “strict water quality laws and regulations for toxic” chemicals, and the commission should hold off on voting until President-elect Joe Biden takes offices. The U.S. Army Corps of Engineers, which is also represented on the Commission, previously approved the project as has the New Jersey Department of Environmental Protection. 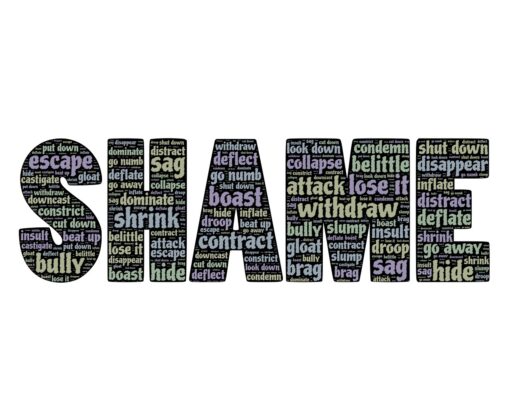 Ruffalo issued a statement calling the decision “shameful” and put the governors on notice.

“We will not stand by and let our leaders deceive us in this way,” he said. “We will hold them accountable. And we will replace them.”

Meanwhile, the environmental community made clear it sees the Gibbstown approval a betrayal from the Democratic governors.

“The DRBC has sold out the Basin and sided with the fracking industry, said Jeff Tittel, director of the New Jersey Sierra Club. “This is the worst decision the commission has ever made. Their decision is outrageous and dangerous.”

“Today’s vote is dereliction of duty by the DRBC and their Governor representatives, which will cause irreparable harm to the Delaware River, deepen our climate crisis and threaten our communities,” said Doug O’Malley, director of Environment New Jersey.

So nice to see these elitist shills get their comeuppance and to watch the DRBC learn it has no friends on the extremist environmental left or among the folks such as the William Penn Foundation who funds both groups. And, let’s put littler Mark Ruffalo “on notice,” too, that he has zero influence in the real world.