The More You Get, the More Costly It Gets!

Some more great insights on Texas:

On Thursday, Texas Public Policy Foundation Vice President Chuck DeVore said Texas residents have a lot of “digging out” to do, but once that’s done, it’s time to consider the “resiliency” of power sources, in addition to reliability…

DeVore on Thursday said the challenge with renewable energy, wind and solar, is, “the more you get, the more costly it gets to keep the grid reliable.”

“And I don’t mean just a little bit more costly. I mean, it starts to become exponential. Because what happens when you have — let’s say you’re going to do what Biden wants to do and eventually go to one hundred percent renewable.  What does that even mean?”

“Well, what it means is, you have to have —  you have to build out far more solar and wind than you need, and then you have to figure out how to store the energy —  not just by the hour, or the day or the week, but by the season – because, of course, we have winter and we have summer; we have different peak times for wind, depending on where you are in the country, and you have to be able to store up enough excess electricity to use it when it’s not so sunny and not so windy.”

“And then you have a further complication. We do have some battery storage in Texas — not as much as California — it’s very costly. But when the cold snap hit, the capacity of the batteries was reduced by 60 percent, because they don’t do well in the cold, right? So it’s a challenge.”

“And everything is, you know, fun and games and unicorns and rainbows until you start to pass about 20 percent of the energy being provided by unreliable renewables.”

“And once you get past 20 percent, you start to have what has happened in Texas, and what happened last year in California, and will no doubt happen more frequently in California and unfortunately, begin to happen more across the Western United States in what’s called the Western Interconnection, which is the western grid, of which California is the  biggest constituent components. So, it’s coming.”

Resiliency is, indeed, the thing isn’t it? Only a system where power from one source can be easily dispatched from another whenever needed is truly secure. And, what is the most reliable such source? Well, natural gas, coal or nuclear. Take your pick. I pick natural gas but only a fool would suggest we shouldn’t have access to all three.

The Sisters Act Is Back!

Readers will recall the Adorers of the Blood of Christ who pulled one ridiculous stunt after another opposing the Atlantic Sunrise natural gas pipeline. If you thought they went away, well you were wrong. They’re back and as a Catholic I must say these Sisters are a huge embarrassment; a bunch of aging leftist activists using their religious status for cover:

A congregation of women religious who attempted to stop a natural gas pipeline from crossing their land by building a chapel in its path is now seeking damages in court from the energy company that constructed it.

The Adorers of the Blood of Christ filed a civil lawsuit in November in federal district court against Transcontinental Gas Pipe Line Co., or Transco, an Oklahoma-based subsidiary of The Williams Companies, Inc…

The lawsuit is the sisters’ second effort in federal courts to take action against the Atlantic Sunrise pipeline under the Religious Freedom Restoration Act.

In February 2019, the U.S. Supreme Court declined to hear the sisters’ case, letting stand lower court rulings that said the courts did not have jurisdiction and that the Adorers should have appealed, under the Natural Gas Act, to the Federal Energy Regulatory Commission to stop the pipeline. 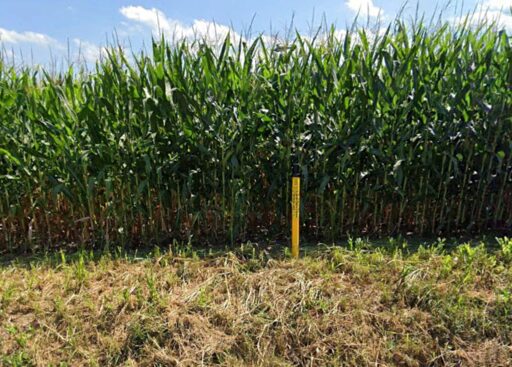 In his September 2017 ruling in that case, Schmehl said that even if the sisters had followed proper procedure, the court was not authorized to hear the case. In an earlier ruling, Schmehl said the Adorers had not provided enough evidence that the fossil fuel pipeline crossing their land violated their religious freedom.

The new lawsuit again relies on the Religious Freedom Restoration Act, but instead of attempting to block the pipeline, it seeks a monetary award from Transco for its “prior and continued violation” of their religious freedom.

So, it’s about the money. Like I said; embarrassing.

Dan Markind reveals something about the DRBC fracking ban that ought to get the attention of its members:

In recent years, the DRBC has attempted to expand its jurisdiction by interpreting the term “Project” very broadly. In September 2017, the DRBC announced that it would promulgate regulations that would ban hydraulic fracturing within the river basin itself. That move sparked a lawsuit by a northeastern Pennsylvania resident challenging the proposed regulation as allowing the DRBC to regulate anything within the basin under the guise of it being a “Project,” regardless of whether it actually relates to the river or not. In effect, “the DRBC now claims jurisdiction over any activity within the Basin, justifying that untrammeled jurisdictional claim on the grounds that any such activity might impact drainage into the Delaware River.”

Interestingly, there is a similar agency with jurisdiction over the nearby Susquehanna River called the Susquehanna River Basin Commission (SRBC). Despite being comprised of many of the same members, the SRBC has not placed the same restrictions on fracking, nor has it taken an adversarial position toward it. Thus, the data from the Susquehanna River is very relevant to the decision about to be made by the DRBC.

In 2016, American Rivers, an environmental advocacy group, classified the Susquehanna River as the third most endangered river in the United States. However, the reasons had nothing to do with fracking.  The Chesapeake Bay Foundation, another environmental group, has listed dams, farm field pollution from animal manure, poorly treated sewage, and other items as the main causes of the pollution in the Susquehanna River. “Fracking-related” pollution is not listed. In fact, one of the biggest controversies in recent years has dealt with a “renewable” source, hydropower. Downstream dams alter water flow, block fish, and affect water quality, showing clearly that there are tradeoffs to any type of energy generation.

Interestingly, there is a danger to the Delaware River that is well known, yet the DRBC is making no effort to stop it. The danger comes from deicing salt that is poured on the roads during snowstorms, such as we have been experiencing in recent weeks. In fact, at least one study shows that the average concentrations of chloride in urban rivers in the northern United States almost doubled from 1990 to 2011.

All of this will be fodder for those who challenge any decision by the DRBC to ban fracking. Despite the consistent drumbeat in the media about the dangers of fracking, the scientific evidence is lacking. The fact that there are other activities that clearly damage the River, yet the DRBC chooses to do nothing about them, raises additional questions about the sincerity of the DRBC’s move, and certainly its consistency.

Great points, Dan, as always! Don’t expect the DRBC to address the issue of deicing salt used by PennDOT (over 900,000 tons per year) or NYS-DOT, though. They’re members, after all.