South Dakota Governor Kristi Noem is doing an outstanding job, particularly on COVID, but this may be her best moment as she asks a poignant question of reporters who sympathize with the Biden order to kill the Keystone Pipeline and won’t cover the real life impacts on South Dakotans:

In light of the recent cancellation of the Keystone XL pipeline by President Joe Biden, South Dakota Governor Kristi Noem (R) criticized the South Dakota media for not reporting on how Biden’s decision is killing thousands of jobs and hurting South Dakotans.

“Why is it that no South Dakota reporters covered the real life impacts of the loss of the pipeline?” said Noem at a Feb. 4 press conference. 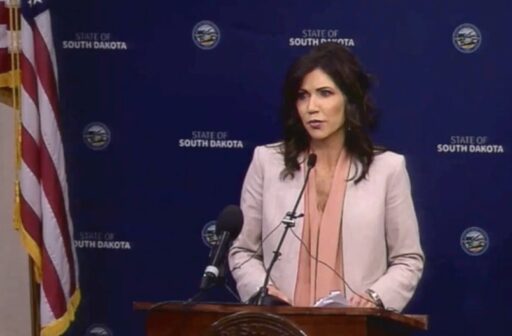 At the press conference, Noem handed out copies of a Washington Examiner article that described the lives of now-unemployed pipeline workers, their families, and people who earn a living in relation to the pipeline work…

“I want to have a candid conversation with all of you,” Noem said to the journalists there. “This article was written by an organization and an entity out of Washington, D.C. Why is that? Why is it that no South Dakota reporters covered the real life impacts of the loss of the pipeline?”

Noem then called out reporters for their liberal bias towards the Biden administration.

Is this not refreshing? It reminds me of what everyone observed when the Millennium Pipeline came to town near me and the Tennessee Pipeline was upgraded. The economic impacts on the area were huge. Even fractivists noticed. So much of our press, though, is dreadfully ignorant and biased beyond belief. Thank you, Kristi, for confronting them!

Political correctness on thoroughly political global warming is leading politicians (and big car companies such as GM and Ford) to go along with one of the greatest co jobs ever, the idea that electric cars will save the planet. Leave aside the very idiocy that the planeet needs saving and just like at the obvious, as pointed out by Toyota CEO Akio Toyoda:

Toyota CEO Akio Toyoda doesn’t mince words. As the grandson of Toyota founder, Kiichiro Toyoda, the scion was raised surrounded by all aspects of the auto industry and his business acumen is second to none. So when he had some harsh words for electric vehicles at the Japan Automobile Manufacturers Association end-of-year press conference last week, people took notice.

The Wall Street Journal was in attendance and noted the CEO’s disdain for EVs boils down to his belief they’ll ruin businesses, require massive investments, and even emit more carbon dioxide than combustion-engined vehicles. “The current business model of the car industry is going to collapse,” he said. “The more EVs we build, the worse carbon dioxide gets… When politicians are out there saying, ‘Let’s get rid of all cars using gasoline,’ do they understand this?”

…Toyoda further explained to his audience that Japan would deplete its supply of electricity in the summer if all cars were running on electric power. The required infrastructure to support 100 percent EVs would cost the island nation between $135 billion and $358 billion, Toyoda estimated.

Furthermore, most of Japan’s electricity is generated by fossil fuels like coal and natural gas, thus eliminating the entire concept of ‘zero-emissions vehicles.’

How ironic that the developer of the Prius feels compelled to point out the truth about EVs. It’s only green scamming and virtue signaling that perpetuates these insane attempts to force us into electric cars we don’t want and wouldn’t buy without subsidies. I guess I’ll be buying a Toyota Tundra to replace my F-150. Or, something that runs on natural gas.

The country won praise last year after President Xi Jinping pledged to make the country “carbon neutral” by 2060. But regulators have since come under fire for failing to properly control the coal power sector, a major source of climate-warming greenhouse gas. 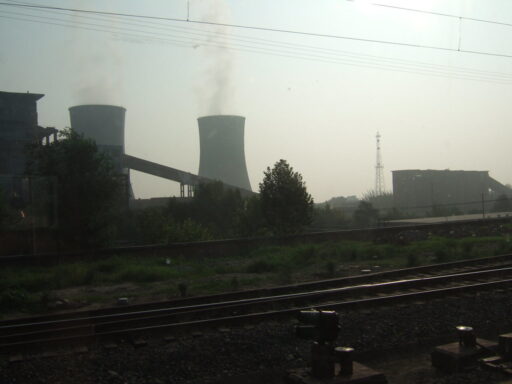 Including decommissions, China’s coal-fired fleet capacity rose by a net 29.8 GW in 2020, even as the rest of the world made cuts of 17.2 GW, according to research released on Wednesday by Global Energy Monitor (GEM), a U.S. think tank, and the Helsinki-based Centre for Research on Energy and Clean Air (CREA).

We are such fools. And, China moves on.