The office of Pennsylvania State Treasurer is typically just another row office in the Commonwealth. Not one in hundred Pennsylvanians could tell you who the State Treasurer is. But, if you asked them what the State Treasurer does they’d probably guess it had something to do with money. But, no, that would be wrong based on what outgoing Treasurer Joe Torsella (recently defeated by Stacy Garrity) put out before leaving office. It’s about the threat of “super-pollutants.”

Climate change is a dire threat to the health, well-being, and prosperity of every Pennsylvanian, indeed to all of humanity. An often-overlooked cause of climate change is super pollutants – extremely potent non-carbon-dioxide contaminants with relatively short atmospheric lifespans compared to carbon dioxide. Super pollutants cause up to 40 percent of radiative forcing, otherwise known as the greenhouse effect, which can cause extreme weather events and severe health issues…

Pennsylvania’s participation in the Regional Greenhouse Gas Initiative (RGGI) could lead to a 31 percent reduction in carbon dioxide and nitrous oxide emissions by 2030. In November 2020, Pennsylvania’s Environmental Quality Board (EQB) proposed a state cap-and-trade program, which would enable participation in RGGI. The flexibility of these types of market mechanisms can result in methane reductions from a wide range of sources, natural gas and refrigerant recapture, and improved agricultural practices that reduce nitrous oxide.

What the heck is this about? Torsella quotes the Sierra Club, the NRDC and Environmental Defense Fund. Maybe he’s auditioning for a job opportunity with one of them? Interestingly, he promotes RGGI, attacks already declining methane emissions and makes big noises about nitrous oxide that is reduced big-time by substitution of natural gas for coal and oil. He makes a point, in fact, of placing much of the blame on farmers who use fertilizer (made with natural gas), so expect to see him pop up as an agent of some radical enviro group that wants us all to return to a life of primitive poverty. No wonder he lost the election. What a joker. 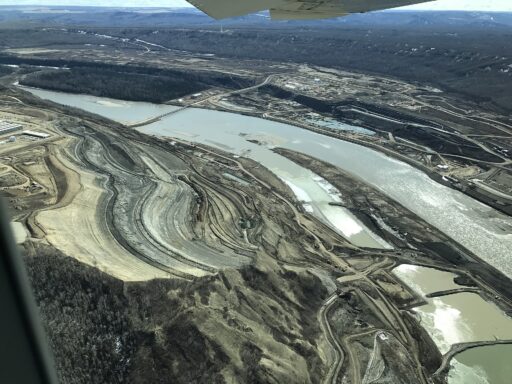 In a review of the economics of the Site C hydroelectric project, three Canadian university economists — Brett Dolter in Regina, Kent Fellows in Calgary and Nic Rivers in Ottawa — conclude that the whole project is uneconomic as an energy source and fails its major green and clean promise, which is to reduce carbon emissions.

The worst numbers in the study: the total present value of the electricity produced from Site C is estimated at $2.76 billion against an estimated total cost of $10.7 billion, implying a loss of $8 billion. That’s bad. However, if the project were cancelled now, the loss would be cut in half to maybe $4.5 billion. The economists conclude that “policy makers should stop throwing money at a project that is likely to end up under water.”

Everywhere you look “green energy” is nothing but “green eggs and scam.”

Record cold temperatures have hit parts of Europe and Asia causing electricity prices to spike as the normal generating supplies of electricity could not keep prices in check. Spain registered its coldest temperature on record, at -35.6 degrees Celsius, and several areas of the country, including Madrid, are under 18 inches or more of snow and may get record-breaking snowfalls. The electricity price in Spain soared to nearly €95 ($116) per megawatt hour—up 123 percent from prices the previous week and nearly three times higher than the 2020 average. Frigid temperatures, as low as -10 degrees Celsius, are gripping much of Japan and electricity prices jumped to record highs of 222.30 yen ($2.13) per kilowatt hour. (For comparison, average electricity prices in the United States in October 2020 were 10.64 cents per kilowatt hour.) 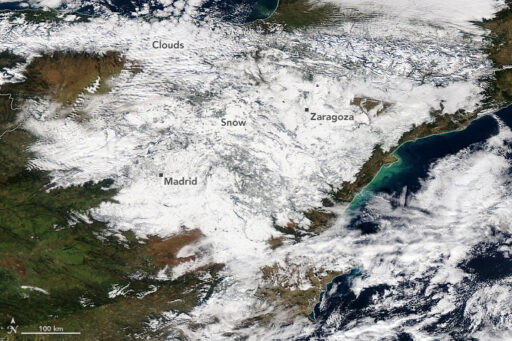 The surge in Spain’s electricity prices results in an increase of 27 percent in the average user’s electricity bill. Factors that have driven up the costs to heat and power households include reduced output of renewable energy from the cold and stormy weather and the evolution of the natural gas market at a global level, which recently sustained a price shock. As a result, Spain has dipped into its subterranean natural gas reserves, which is 80 percent full.

In Germany, day-ahead power prices hit the highest level in two years with temperatures in Berlin dropping close to freezing; prices could increase further with temperatures expected to dip as low as minus 6.9 degrees Celsius by Sunday (January 17) in the German capital. Residential electricity prices in Germany are already 3 times the average cost in the United States owing to their rapid adoption and subsidization of renewable wind and solar energy…

China recorded temperatures of -16 degrees Celsius on January 7 in Beijing—the lowest since 1967 as a cold wave is sweeping through areas of China. The cold weather and a manufacturing boom are expected to result in record electricity demand this winter. An historic peak load came as extreme cold weather increased demand for electricity-powered heating facilities, which account for 48.2 percent of total load. Natural gas demand also surged in northern parts of China, where gas is now a dominant heating fuel for more than 20 million homes, with prices touching multi-year highs last month despite the country importing record levels of LNG cargoes.

Funny how natural gas always come to the rescue, isn’t it?