The Cuomo Coverup: Is There Finally
Some Justice for Victims of Gov. Cuorupptocrat?

New York Southern Tier residents learned who Andrew Cuomo really was on December 17, 2014 when he abandoned any semblance of republican governance to transform himself into an Emperor and ordered his court-jesters Martens and Zucker to do a little dance in front of him as he sold out farmers, landowners and small businesses for the sake of a lie he hoped would position him to eventually run for President. The lie, of course, was that fracking was too dangerous for New Yorkers. But, now we know what was really dangerous; a power-obsessed governor willing to do even this:

File this one under “inconvenient truths that the media has suddenly discovered.” New York needlessly, recklessly, and horrifically sent elderly people with COVID back into their nursing homes, let the virus spread, and then deliberately cooked the numbers.
And when I say “New York,” this means the administration of one Governor Andrew Cuomo. After all, if he’s the guy in charge of the state, and he takes the credit of “beating” the virus – and takes the Emmy award – then he owns this failure. Right?

…Remember that they lauded him so much that HE WAS AWARDED A FREAKING EMMY. Remember that the rules didn’t apply to his mother until he got called out. Remember that he published a book on leadership during COVID and then New York got smacked down again by the virus, because it’s a virus and didn’t recognize that New York was supposed to be special and exempt because Cuomo wrote a book about his awesomeness. Remember how he first dissed the vaccine because of Donald Trump, and then he got angry because President Trump said he wouldn’t send vaccines to New York if they weren’t going to be used.

Remember the lives that were lost, and how Andrew Cuomo refuses to take responsibility for what his administration in New York state did to cause this, and that they fudged the numbers to conceal it.

Yes, it is time. It was already time on December 17, 2014, in fact, but downstaters didn’t care because it wasn’t their livelihoods and futures at stake then. They turned a blind eye to Cuorruptocrat’s treachery. It looks as if their eyes might be more open now. Let’s hope so. Let justice reign and Andrew Cuomo live in shame for those nursing home deaths and for denying natural gas development to economically desperate Southern Tier residents too.

Never heard of it? Well, there’s a reason. There hasn’t been one yet. But, there will be one—the first—this March 17th. Yes, it’s St. Patrick’s Day, too, but that’s just fine. What better time to celebrate shale energy than when everyone is wearing green and looking forward to Spring” Shale energy, after all, has served to lower emissions and clean the air. It has lowered the cost of energy everywhere. It has lifted up rural areas and revitalized them. It has delivered energy independence and security. It has been and continues to be the American Spring environmentally and economically. That’s what World Shale Energy Day is all about:

World Shale Energy Day is a global celebration of the prodigious quantities of energy entrapped in shale formations worldwide along with the resource recovery teams who have initiated one of the world’s greatest engineering accomplishments.

While it’s true that shale formations are not found in every country on the planet, there certainly are beneficiaries and supporters of shale energy resources worldwide. This initiative brings together those global advocates in a single one day celebration of unity of purpose. 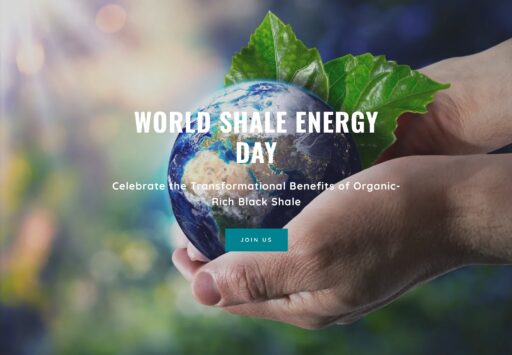 For next generation energy professionals and leaders, World Shale Energy Day is an opportunity to share in their mutual passion while preserving and promoting relationships, traditions and shared memories. Swing open the doors and have some fun while also educating and informing those who attend.

World Shale Energy Day aims to raise awareness of the contribution that shale has made and will make to our society and to celebrate the diverse range of people that plan, provision and execute shale energy recovery projects from large fields down to smaller regional plays

The celebration is held on March 17th each year; a day associated with the first commercial hydraulic fracture process in 1949.

This is a “distributed event” with activities being organized by regional, national and international leaders. Individual open day organizers are encouraged to check back for event and celebration details. Event organizers can download a range of promotional collateral from this website including press releases for local media, tweetables, flyers and online banners. Event and brand logos will be made available via this main website.

During the current public health crisis, shale-derived resources have helped create life-saving products. Shale yields the feedstock for medical equipment such as ventilators, gloves, sanitizers and face shields that are so needed by health care workers. Natural gas keeps the power on in hospitals, nursing homes and schools, and as businesses reopen, it will power the economy once again.

NaturalGasNOW is proud to be part of World Shale Energy Day as a sponsor. We’ll be participating by posting 10 guest articles celebrating natural gas and shale energy that day, illustrating the “Transformational Benefits of Organic-Rich Black Shale.” Sign up now to be part of it! We’re looking for posts of approximately 400-500 words telling your story of how shale energy lifted up you, your family and your community. ">Contact me here!

This man may not be the most corrupt governor in America or even the worst, but he’s clearly the least talented. He’s pure trust-funder, through and through, attracted to political correctness like flies to cow flops and as stubborn as stubborn can be; an anti-leader who refuses to engage because he sees himself above it all. Pitiful. And, now he’s demonstrating it in spades with a ridiculous seventh proposal for a new natural gas tax we already have. The Marcellus Shale Coalition has his number, though:

“We all feel the pandemic’s ongoing pain, yet Governor Wolf’s fixation with higher energy taxes will only compound these historically difficult challenges. Increasing taxes on natural gas, one of the most essential products needed to keep us safe and defeat the pandemic, will put more Pennsylvanians out of work, increase energy bills for struggling families, small businesses as well as manufacturers, and further harm our economic recovery.

“Despite rhetoric from some in Harrisburg, Pennsylvania’s natural gas impact tax has been and continues to be an effective revenue driver for the entire Commonwealth, generating nearly $2 billion in new revenue for communities and statewide environmental programs over the past decade. 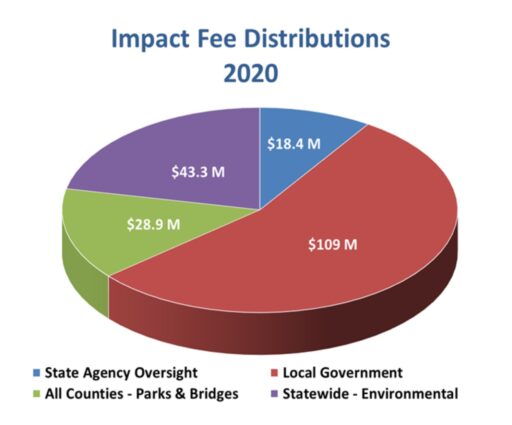 “Pennsylvania’s natural gas industry – which supports tens of thousands of good-paying jobs, including many across the union building trades as well as the manufacturing sector – continues to face COVID-related and government imposed economic shutdown headwinds. As a result, the industry’s activity levels by active rigs, wells permitted and new well development are at the lowest levels since 2012.

“We understand that some elected leaders – including in Washington, DC – are dead-set on eliminating responsibly produced American natural gas and oil and the associated economic and environmental benefits. If the goal is to tax the very product that is helping combat this pandemic, put more Pennsylvanians out of work, burden consumers with higher energy costs, add more layers of taxpayer debt, and to deepen our foreign energy reliance, then Governor Wolf’s plan is the right one. Pennsylvanians overwhelmingly want commonsense solutions to repair COVID’s deep economic wounds. We need more Pennsylvania energy and jobs – not higher energy taxes which will destroy both.”