So, When Will Fractivists Show Us Pictures of These Accidents?

Solar panel fires have become an issue down under where green political correctness abounds and mates have lost their heads:

The exponential growth in solar PV and associated problems has attracted media and political attention.

In 2018, federal Energy Minister Angus Taylor warned his state counterparts lives were at risk from substandard solar panel installations. An audit of the Clean Energy Regulator by the Australian National Audit Office found there were potentially tens of thousands of badly installed and even unsafe rooftop systems. The regulator had inspected just 1.2% of rooftop installations…

One notable recall in 2014 reported a risk of “arcing” and “eventual catastrophic failure, resulting in fire”. It listed no fewer than nine traders operating nationally as having used this failed product. The recall noted that the product supplier, Blueline Solar Pty Ltd, was insolvent…

The surge in installations, the introduction of batteries, the ageing of panels and components together with more extreme weather events mean solar panel incidents are likely to continue increasing.

Just imagine the reaction of fractivists if 3.1$ of natural gas wells were deemed unsafe and 17.9% substandard!

Time magazine long ago stopped being anything but propaganda. It continues with this headline to a recent story: “Madagascar’s Famine is the First in Modern History to be Solely Caused by Global Warming.” It was followed by this garbage and more:

Heatwaves, wildfires, floods. If there’s still any doubt that the summer of 2021 is a turning point for a global awakening over the looming climate crisis, you can add one more plague of biblical proportions to the list: famine. 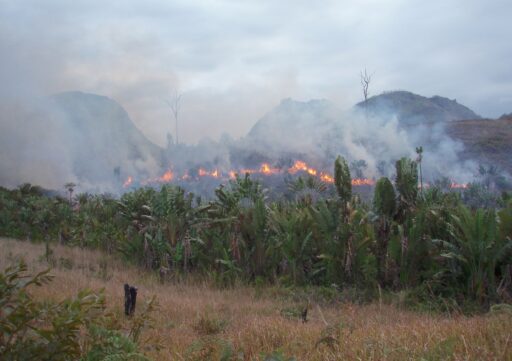 The southern part of the island nation of Madagascar, off the east coast of Africa, is experiencing its worst drought in four decades, with the World Food Program (WFP) warning recently that 1.14 million people are food-insecure and 400,000 people are headed for famine. Hunger is already driving people to eat raw cactus, wild leaves and locusts, a food source of last resort. The WFP, which is on the ground helping with food distribution, describes scenes of unimaginable suffering, with families bartering everything they have—even cooking pots and spoons—for the paltry tomatoes, scrawny chickens and few bags of rice still available in the markets. “The next planting season is less than two months away and the forecast for food production is bleak,” writes WFP spokesperson Shelley Thakral in a dispatch from the most affected area. “The land is covered by sand; there is no water and little chance of rain.”

The WFP warns that the number of locals facing phase 5 catastrophic food insecurity—development speak for famine—could double by October. And the group has the responsible party squarely in their sight. “This is not because of war or conflict, this is because of climate change,” says WFP Executive Director David Beasley.

So what evidence does Time offer to back up the headline? You just read it. It’s nothing but the assertion of someone who runs a food program and this typical of our lazy biased media today, where mere assertions from the right folks in the pecking order are assumed be enough to tell everyone else to just shut up. But, no less an authority than the IPCC itself—the organization responsible for hyping global warming as an excuse to put the whole earth under one socialist and corporatist tyranny—says this:

In summary, the current assessment concludes that there is not enough evidence at present to suggest more than low confidence in a global scale observed trend in drought or dryness (lack of rainfall) since the middle of the 20th century due to lack of direct observations, geographical inconsistencies in the trends, and dependencies of inferred trends on the index choice.

Time has revealed Time itself is a fraud.

EVs Not What They Are “Cooked” Up to Be?

EVs are, of course, are simply a feel-good subsidized signal of one’s green virtues. They depend on coal and gas that makes the electricity, after all, are already stretching the grid to the breaking point, limit our movement, generally contribute nothing to pay for the highways on which they run, and represent significant risks, as it turns out:

General Motors is telling owners of some older Chevrolet Bolts to park them outdoors and not to charge them overnight because two of the electric cars caught fire after recall repairs were made.

The company said Wednesday that the request covers 2017 through 2019 Bolts that were part of a group that was recalled earlier due to fires in the batteries. 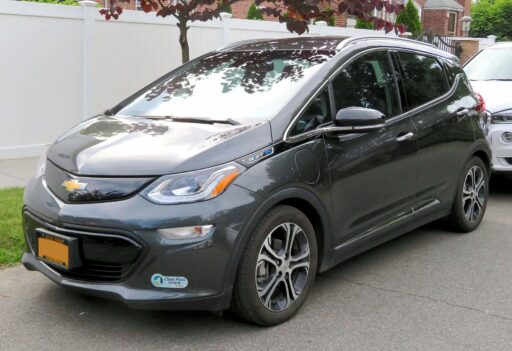 The latest request comes after two Bolts that had gotten recall repairs caught fire, one in Vermont and the other in New Jersey, GM spokesman Kevin Kelly said.

Owners should take the steps “out of an abundance of caution,” he said. The steps should be continued until GM engineers investigate and develop a repair, he said.

The cars should be parked outdoors after charging is complete, GM said in a statement. “We are moving as quickly as we can to investigate this issue,” the company said.

Notice, too, how GM, a corporatist outfit only here because the taxpayers saved it, is hoping to again ravage the government landscape seeking more plunder from them even though its featured product was undesired, uneconomic and unsafe.