Is this woman really that dumb or just the world’s boldest liar?

New York Democratic Rep. Alexandria Ocasio-Cortez is on a warpath this week and lashing out at the top members of her own party.

AOC took to Twitter on Wednesday to attack Joe Biden and Senate Democrats, accusing them of playing “patty-cake” with Republicans while she claims the world is burning.

She accused her party’s leadership of bowing to Senate Republicans and conservative donors while “setting the planet on fire” in a series of tweets.

What she wants, of course, is an infrastructure bill full of handouts to corporatist hedge-funder types seeking green rent from our great-great-great-children when they grow up to be taxpayers. The only question is whether she really believes the lies about the planet being on fire or is simply telling lies herself now that she’s a member pf the American nomenklatura. They’re all liars, of course, and if they really cared about the planet (which George Carlin reminded us couldn’t care less) they’d promote natural gas and pass a bill ending pipeline obstruction, which would do infrastructure withoutout spending a dime of our descendants’ money.

Cows Masks? Animal Cruelty in the Name of the Climate?

Cargill is now torturing cows to earn some street cred with fellow corporatists!

Cows produce significant amounts of methane as part of their digestive processes. Cow belching, a source of methane, a potent greenhouse gas, could be solved by a new methane-absorbing wearable device.

According to Bloomberg, agriculture behemoth Cargill Inc. tapped UK-based startup Zelp Ltd., which is dedicated to significantly reducing the environmental impact of the livestock industry through smart cow masks that filter methane burps. 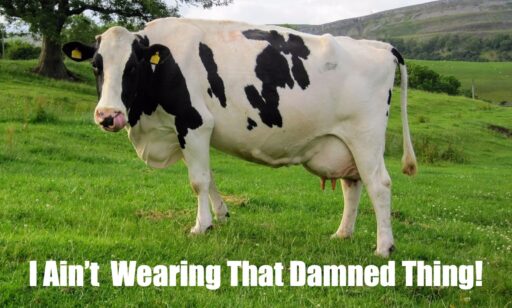 Global emissions from livestock account for about 14.5% of total greenhouse gas emissions. Cargill has joined the global push to cut carbon emissions across its supply chain by 30% by 2030. As we’ve previously discussed, many of these targets are “pie in the sky” figures.

Though there’s a big push by corporations and governments to cut carbon emissions in the years ahead, elites and politicians have no visible interest in curbing emissions of their fuel-guzzling private jets, superyachts, and supercars.

As the world turns increasingly bizarre and the climate cultists claim scalps in inverse proportion to the evidence of global warming, it is important to remember most of it is ‘udder’ crap—burps and farts—not from cows, but from those poised to steal trillions from future taxpayers to finance their green eggs and scam. If it was real, they’d be focused on natural gas instead of silliness.

And, This Is What We Mean…

This is the evidence everyone invested in green energy and looking to score trillions is determined to ignore: 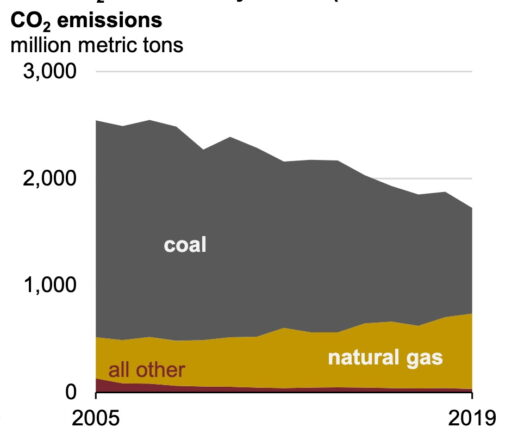 What more needs to be said?