So, then, all the talk about declining demand was nonsense then?

Natural gas futures climbed higher Thursday on track for a 29-month high as warmer weather and a rise in exports continue to drive demand. 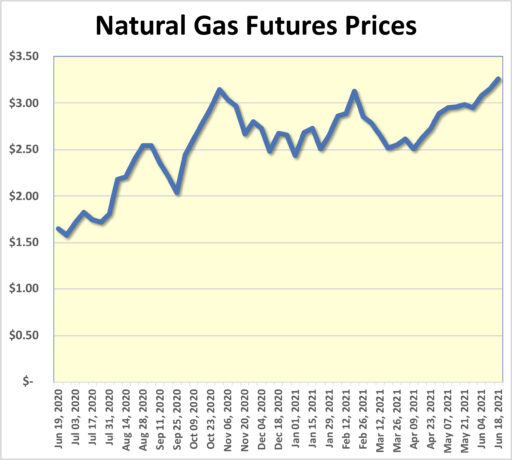 The U.S. Energy Information Administration released its report on the state of the natgas inventories and said utilities added 55 billion cubic feet (bcf) of gas into storage last week. This is a much lower figure than the 66-bcf build analysts forecasted on Reuters polls. The primary reason for the low storage build among utilities is that power generators burned a tremendous amount of gas to keep Americans air conditioners on as a heat wave and megadrought transformed the western half of the U.S. into a furnace.

Strange that, when the need is urgent, energy generators turn to natural gas, isn’t it?

Solar and Wind Are Neither Cheap Nor Dependable, Despite the Spin

We hear it incessantly. “Solar and wind are now cheaper than fossil fuels.” But it’s a big lie based on assumptions that simply aren’t correct.

Here is the current average of all of the world’s real-world wind and solar installations in the most recent year for which we have data, 2019. 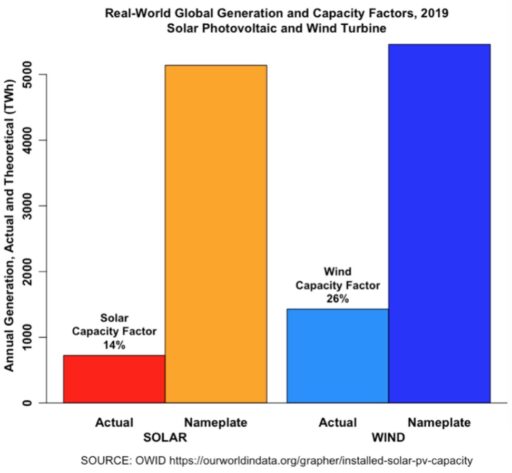 As you can see, the US IEA is way off in fantasyland about the capacity factors of wind and solar. In both cases, they are claiming far larger capacity factors than we have out here in the real world.

[The EIA lists] levelized costs as follows, in US cents per kilowatt-hour:

That’s the basis for the claims that renewables are now the cheapest sources of electricity. However, given the actual capacity factors, in reality these costs are:

And finally, there is a huge elephant in the US EIA room … backup power. This is the missing cost I mentioned above.

If you add a gigawatt of unreliable intermittent renewable wind or solar energy to a system, you also have to add an additional gigawatt of some kind of reliable dispatchable energy, where “dispatchable” means you can turn it up or down at will to replace renewables when there is no wind or sun. The US EIA levelized cost document linked above does mention the need for backup … but it doesn’t even touch the cost of backup. All it says is:

This is a superb article and explains precisely why already low solar and wind capacity factors are being grossly exaggerated even at that. Read the whole thing!

“Beijing Gets All the Business, You Say” Hmm…..

Where have all the wind jobs gone?

John F. Kerry, the special presidential envoy for climate, said only months ago that those losing fossil fuel jobs in coal and hydraulic fracturing will find they have a better choice of jobs either in the solar industry or as wind turbine technicians.

That was then. Now, a wind blade manufacturing plant located in Aberdeen, South Dakota, has announced it is shutting its doors permanently in less than two months. 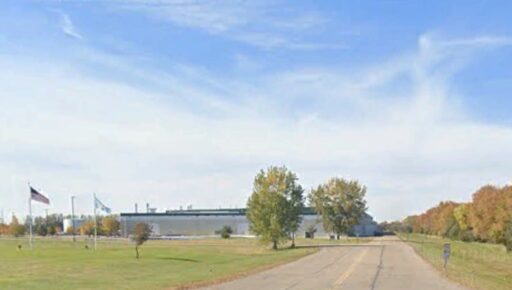 The disappearance of Molded Fiber Glass will displace over 300 workers and their families. It marks another major loss of energy jobs in the state following President Joe Biden’s halting of the Keystone pipeline on the first day of his administration.

MFG said in a news release that the closure will happen because of changing market conditions, foreign competition and proposed revisions to tax policies affecting the wind energy industry in the United States.

Since 2007, the Aberdeen plant has been producing wind turbine blades. The plant will remain in operation for the next two months until it has fulfilled existing orders.

A family member of one of the workers said they were informed of the closure about two weeks ago. Employees were completely taken off guard by the announcement. She was also perplexed by it. “They should be swimming in orders right now,” she said.

In 2017, MFG threatened to kill 400 jobs at the plant and shut down because of the “proposed revisions to tax policies.” At that time, Sen. John Thune, R-S.D., stopped the closure by pushing for revisions of the 2017 tax bill to be more favorable to the industry.

Thune, in an emailed statement, said it is troubling that at a time when wind energy is seeing record investment, this growth is not translating to American jobs. It’s especially hard for those working these good-paying jobs in Aberdeen to face uncertainty yet again. Thune criticized Biden’s statement from his address to Congress: “There’s no reason,” the president said, “the blades for wind turbines can’t be built in Pittsburgh instead of Beijing.” But Beijing is getting all the business.

Reminds me of a song: