If you wanted any finer example of the Biden team’s preference for leftist political correctness over good government, their performance this week cannot be bested, according to Dan Markind:

Secretary of Energy Jennifer Granholm freely admitted that when it comes to transporting fuel, like gasoline, “the pipe is the best way to go.” This is the same Energy Secretary, of course, who just four months earlier cancelled the Keystone XL Pipeline for oil.  [Editor’s Note: This is also true for natural gas, of course.]

Meanwhile, effective Wednesday (May 12), Granholm’s successor as Governor of Michigan, Gretchen Whitmer, brushed aside the anticipatable panic that would follow any sudden suspension of gasoline delivery – not to mention the legal advice of her own Attorney General, who advised that a court order is needed – and abruptly ordered the Canadian company Enbridge to cease utilizing the long operating Line 5, which feeds gas and oil from western Canada into Michigan, Ohio, and other parts of the Midwest, and also supplies about half of Ontario and Quebec’s fuel in Canada itself. Citing a 1953 easement over the Straits of Mackinac that Whitmer claims (against most evidence) Enbridge is violating, the Governor wrote to Enbridge’s Executive Vice President Vern Yu maintaining that continued operation after May 12 of Line 5, which can transport up to 540,000 barrels a day of light crude oil and natural gas liquids, would constitute “an international trespass.” 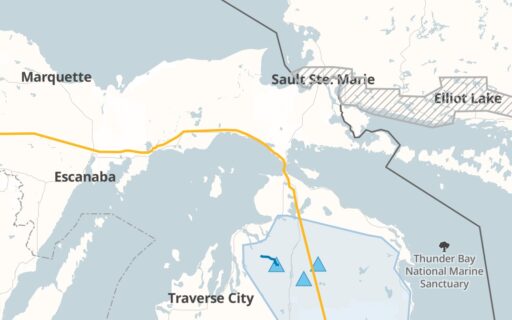 Enbridge has refused to cease operations, having challenged the Governor’s order in Michigan state court, and Whitmer now is facing increasing criticism. On Tuesday, May 11, hundreds of members of Steelworkers International and Local 912 in Toledo, Ohio demonstrated against the demanded closure on the Michigan capitol lawn in Lansing. Whitmer also is creating an international incident and poisoning relations with Canada, America’s largest trading partner and longtime ally. The Canadian government filed an “amicus” brief in favor of Enbridge in the suit that it had filed, and was joined in that effort by both the United States Chamber of Commerce and the Canadian Chamber of Commerce.

These people know nothing beyond their own desire to kick the folks for whom they deign to speak as far back down the ladder as they can.

And, Just Like That, North Face Becomes North Frac!

The disgusting attempts by trendy natural gas using corporatists who know to sell to yuppie brains full of mush gets treated precisely as deserved:

The North Face may be too woke to make jackets for oil-and-gas workers, but that doesn’t mean its commitment to providing petroleum-based products has gone unnoticed.

The Louisiana state legislature approved Thursday a concurrent resolution honoring the outdoor apparel company as an “extraordinary customer,” commending The North Face for maintaining a “symbiotic relationship” with the state’s oil-and-gas industry despite rejecting the jacket order in December.

“Last year, The North Face awkwardly rejected an order for 400 jackets from an oil-and-gas services company because the request apparently did not align closely with the company’s environmental protection goals,” said Republican state Sen. Stewart Cathey Jr. in a floor statement.

“But since the North Face continues to offer a great selection of high-performance outerwear, ski wear and backpacks made out of nylon, polyester and polyurethane, all of which come from petroleum products, I thought it would be a great idea to highlight the symbiotic relationship between Louisiana’s oil and gas and petrochemical industry and The North Face,” he said, “and commend them for using natural resources so important to our state as they make their products.” 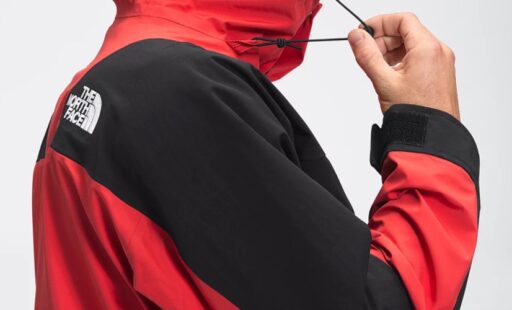 A $350 North Face raincoat made of polyester and polyurethane and marketed to spoiled trendies who want to signal their green virtues.

Louisiana isn’t the first to single out The North Face for its petroleum-heavy product line with a mock award.

In March, the Colorado Oil & Gas Association recognized The North Face as its first “oil and gas extraordinary customer,” saying it was hard to beat the company’s commitment to the fossil-fuel industry.

“North Face came out, didn’t want to associate with us, but hey, I don’t want to judge them on their words, we’re going to judge them by their actions,” said Chris Wright, CEO of Liberty Oilfield Services, in a March 8 press call.

He said he went through the company’s catalog and “failed to find a single product that wasn’t made out of petrochemicals,” estimating that more than 90% of their items were made with petroleum versus 60% of all fibers globally.

So nice! Natural gas can be used to manufacture mockery, too!

And, This Is Why Europe Is Dying and It Won’t Be
Saved by Attempting to Appease Global Warming Cultists

Europe has fallen captive to the global warming cultists, as it has foolishly attempted to feed that crocodile cult sweet tasting treats.

The Oxford Institute for Energy Studies said China could add 40-50 GW of new gas-fired power capacity by 2025 to 140–150 GW, up 50% from current levels, as the government tries to limit coal consumption.

But in Europe, where coal is already hard to finance, lending institutions and governments have moved on to tightening requirements for funding gas projects.

The ugly headquarters of the European Investment Bank, which is the central vehicle for promoting globalist green corporatism.

The European Investment Bank, Europe’s largest public lender, has revamped its lending policy to largely exclude new gas infrastructure from the end of this year.

“To put it mildly, gas is over…Without the end to the use of unabated fossil fuels, we will not be able to reach the climate targets,” EIB president Werner Hoyer said in January.

The European Commission has proposed rules to restrict funding for natural gas projects because of the risk they pose to the bloc’s climate goals.

No, gas isn’t over at all. China is going with it big-time. Europe has chosen to sacrifice itself on the altar of global warming cultism. Or, is it just global corporatism? It doesn’t matter, really. Europe is simply dying.