Meanwhile, within Pennsylvania, public opinion about the issue of fracking and fossil fuel production remains complicated. Despite being home to the first oil well and being one of the leading oil producers throughout the 1800’s, energy production in Pennsylvania almost ceased for a century as the industry moved out to the more fertile grounds of Texas and Oklahoma in the 20th Century. However, the combination of two processes – horizontal drilling and hydraulic fracturing (“fracking”) –  brought fossil fuel production back to Pennsylvania around 2004. In the last 15 years or so Pennsylvania has grown from being an afterthought in energy production to becoming the second largest natural gas producer in the country, after Texas.

Unlike Texas, however, the most populous part of Pennsylvania, Philadelphia and its environs in the southeast corner of the State, have no energy production, don’t understand the industry, and generally don’t support it. Politically, support for fracking in Pennsylvania thus breaks down into two intersecting vectors, one following traditional Republican/Democratic political orientation, and the other following geographic energy producing versus non-energy producing orientation. So important can the latter orientation be over the former that, in the Quaker State, Democratic elected officials and voters in energy-producing areas often will support fracking, while Republican elected officials and voters in non-energy procuring areas often will not… 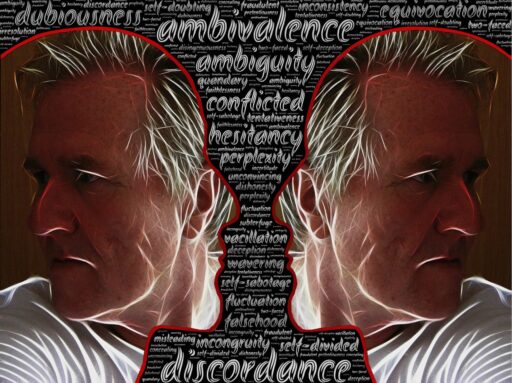 It all leads to a frantic three weeks in which President Trump will try to galvanize those who voted for him in 2016 by playing up his support for the fossil fuel industry, while Vice President Biden will try to energize suburban Philadelphia voters by noting his ambivalence about fossil fuels while simultaneously going everywhere proclaiming that his administration will not ban fracking. Given the environmentalist tilt of the Democratic Party nationally, it may not be an easy needle to thread, but the former Vice President’s chance to win Pennsylvania, and therefore possibly the Presidency, may hinge on how well he manages to carry out this balancing act in the State.

Ambivalence may well be beyond its sell date at this point. Let’s hope so, anyway. The future of natural gas may well depend upon it.

So, Drilling Down for Oil and Natural Gas
Is A Good Thing, Then, and Socialism Is Not?

This article, passed along by a guest blogger, originally appeared in the New York Times and is fascinating in three respects: (1) its detailing of the Venezuela tragedy; (2) the Times attempt to blame it on the U.S. and (3) its failure to cite the word socialism in a 1,600 word article about socialism’s effects.

For the first time in a century, there are no rigs searching for oil in Venezuela.

Wells that once tapped the world’s largest crude reserves are abandoned or left to flare toxic gases that cast an orange glow over depressed oil towns.

Refineries that once processed oil for export are rusting hulks, leaking crude that blackens shorelines and coats the water in an oily sheen.

Fuel shortages have brought the country to a standstill. At gas stations, lines go on for miles.

Venezuela’s colossal oil sector, which shaped the country and the international energy market for a century, has come to a near halt, with production reduced to a trickle by years of gross mismanagement and American sanctions. The collapse is leaving behind a destroyed economy and a devastated environment, and, many analysts say, bringing to an end the era of Venezuela as an energy powerhouse…

The country that a decade ago was the largest producer in Latin America, earning about $90 billion a year from oil exports, is expected to net about $2.3 billion by this year’s end — less than the aggregate amount that Venezuelan migrants who fled the country’s economic devastation will send back home to support their families, according to Pilar Navarro, a Caracas-based economist… 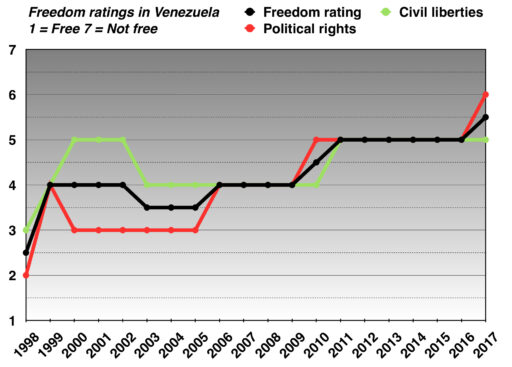 Crippling gasoline shortages have led to an outbreak of dozens of daily protests across most Venezuelan states in recent weeks.

In the capital, Caracas, periodic fuel shipments from Iran, paid for with the country’s remaining gold reserves, provide a semblance of normality for a few weeks at a time. But in the countryside, residents have defied the pandemic lockdown to block roads and clash with police amid their desperate demands for the modicum of fuel they need to survive…

In the years that followed, despite abundant oil revenues, Venezuela faced a roller coaster of recurring debt and financial crises. The wealth also did nothing to diminish corruption or inequality, and when a former paratrooper, Hugo Chávez, appeared on the national stage in the 1990s promising a revolution that would put Venezuela’s oil to work for its poor majority, he captivated the nation.

Venezuela is the inevitable tragedy of every socialist experiment; inevitable because socialism is unnatural and requires thugs to implement it.

This isn’t new news, but this article sums up what’s so nice about the Gibbstown project, which one hopes won’t be throttled by a politically corrupt DRBC that takes money from the same Haas family (the William Penn Foundation) behind the Delaware PovertyKeeper.

New Fortress Energy is planning to make liquefied natural gas (LNG) at a proposed facility in Wyalusing, Pennsylvania, northwest of Scranton, using natural gas from the Marcellus Shale Basin and ship the LNG by road or by rail to Gibbstown, New Jersey where it would be loaded onto ships and either exported overseas or barged to domestic customers. In its filings for a rail permit, New Fortress said it would move several 100-car trains of LNG a day to Gibbstown to fill waiting vessels, or up to 700 tractor-trailer trucks a day. New Fortress would liquefy and ship about 300 million cubic feet per day of gas.

This project would be the first time in the United States that LNG is produced away from the port it is to be exported from and transported by rail or truck to the export port. Most U.S. LNG export production facilities are near deep water ports, and the LNG is loaded directly from the LNG facility onto vessels. The project has been through extensive environmental and regulatory review processes and has received approval from multiple federal, state, and local agencies. The project will provide job opportunities and significant growth to the local tax base in Pennsylvania and on property that once hosted a DuPont dynamite factory in New Jersey.

And, here is an interesting rail fan video on the prospect of shipping LNG by rail from Pennsylvania to New Jersey for export and what it means: