Anti-Fracking Crusade Running Out of Gas?

Dan Markind does an election overview with respect to states where fracking has been an issue in the past. Notice anything?

It is hard to generalize about the reasons for so few energy-related ballot initiatives this cycle. What we do know is that, during the summer, when the ballots were finalized, the different interests that often put energy-related subjects on the ballots decided not to do so. In some cases, the stated reason was an unwillingness to risk confusing the issue with the presidency at stake. In others, proponents did not want to place the issue on the ballot during the COVID-19 pandemic. 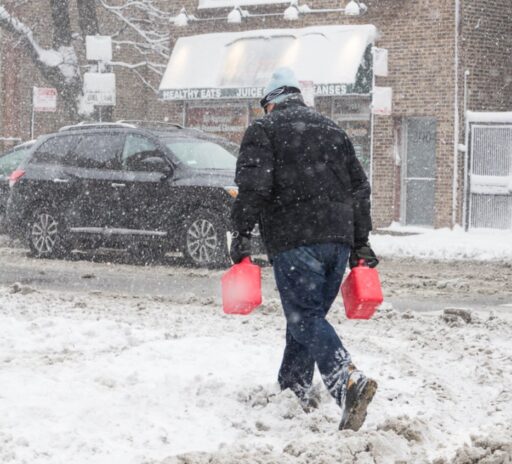 One example of this is Colorado, where an anti-fracking ballot initiative failed to make the ballot. Colorado Rising, a local environmental group, sponsored a statewide ballot initiative in 2018 seeking to ban fracking. That initiative failed. They tried again earlier this year, but ultimately decided not to proceed, citing as the reason the potential health effects on their volunteers – from COVID-19 that is, not from fracking.

Read the whole thing, but, as Dan noted last week, it’s becoming obvious the anti-fracking movement has, more or less, run its course or run out of gas, depending on which cliche you prefer.

Just How Much Natural Gas Has Done for Us

I had an opportunity, earlier this week, to participate in an on-line presentation and discussion put together by the newly formed the Stop New Energy Taxes (SNET) Coalition.  Our friend Kevin Sunday did a program as part of the event. He works with the Pennsylvania Chamber of Business and Industry and presented this set of 21 powerful slides that explain, in an extremely compelling manner, just how much natural gas has done for us. Here are three examples: 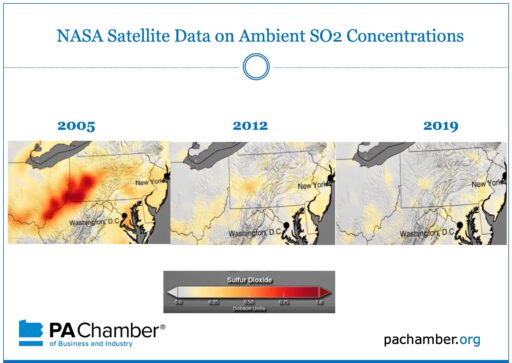 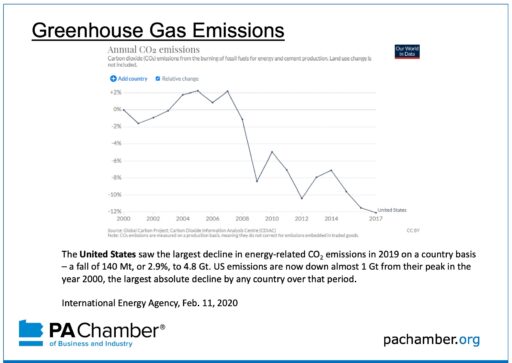 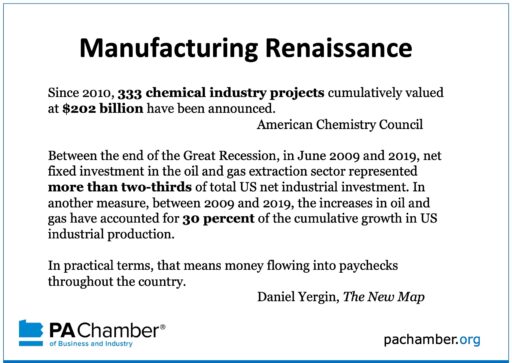 Check out the whole thing. It’s a quick primer on the madness that is Tom Wolf’s dangerous compulsion to tax shale gas a second time and put us in the RGGI scheme, despite the fact we’ve done more to reduce emissions and pay way lower electricity than those idiot states.

Mexico Buying More of Our Gas

Nothing will do more to stop illegal immigration from Mexico than a revival of that nation’s economic prospects. That can happen with our natural gas and it is happening, right now:

Mexico has been the largest destination for U.S. natural gas exports since surpassing Canada in 2015. U.S. pipeline exports of natural gas have been displacing other sources of Mexico’s natural gas, including more expensive LNG imports, which have declined every month since March 2020.

Amazing what the shale revolution has wrought and what pipelines can do, isn’t it?