Germany Just Can’t seem to Get It Right

It seems Vladimir Putin keeps poisoning people but, as Dan Markind points out in one his best articles, it isn’t working out particularly well for him or his wannabe client state Germany:

Ever since Donald Trump publicly excoriated German Chancellor Angela Markel over Nord Stream 2 at the NATO summit in July 2018,  the United States has been pressuring Germany to scrap the deal. That pressure increased at the beginning of 2020 when Republican Senator Ted Cruz and Democratic Senator Jeanne Shaheen introduced bipartisan legislation to impose sanctions on companies working on the pipeline. The pressure ratcheted up even more this summer when the United States threatened further sanctions on the German company operating the port after the pipeline becomes operational. 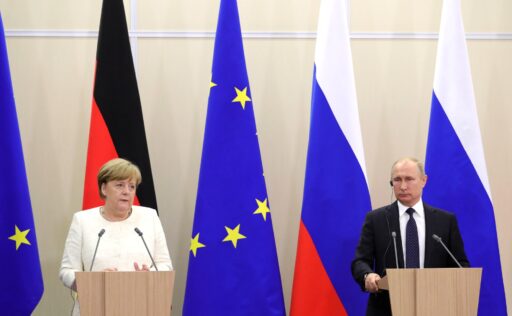 While not covered much in the American press, Nord Stream 2 has become a significant political issue in Germany. Merkel has been placed on the defensive both environmentally and politically. Seeing bipartisan American opposition hit Germany hard, and reeling from President Trump’s announcement that he is withdrawing American troops from Germany, Germany now sees its position in much of Europe threatened further, with little European Union or NATO support for the pipeline other than from the Czech Republic, which also will benefit economically from Nord Stream 2.

One must remember Angela Merkel comes from what was East Germany, so it’s hardly surprising she would initially take a ho-hum attitude toward commies being commies. Nice to see the U.S. pushback. Methinks there will be more US natural gas going to Germany soon, via LNG. Too bad about that Energiewende that put Germany in a bad spot.

From our friends who do those wonderful Think About Energy events and on-line seminars (which are limited to one hour in length and always fact-filled):

We are pleased to welcome several community leaders to help us discuss the positive impact the Marcellus Shale evolution and natural gas development has had on our residential, industrial and commercial communities. 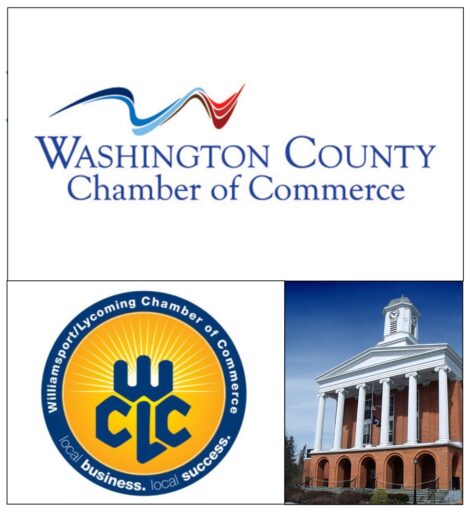 The webinar will be held on September 24th at 12 pm EST. Please click the button below to register. We hope to see you there!

Registration now! You will enjoy it, it won’t take much of your time and you’ll learn a lot!

Some interesting data here showing the incredible results of the natural gas — that is shale — revolution:

Preliminary results from the U.S. Energy Information Administration’s (EIA) 2018 Manufacturing Energy Consumption Survey (MECS) show that the consumption of energy by manufacturers in the United States has continued to increase since its 2010 low. 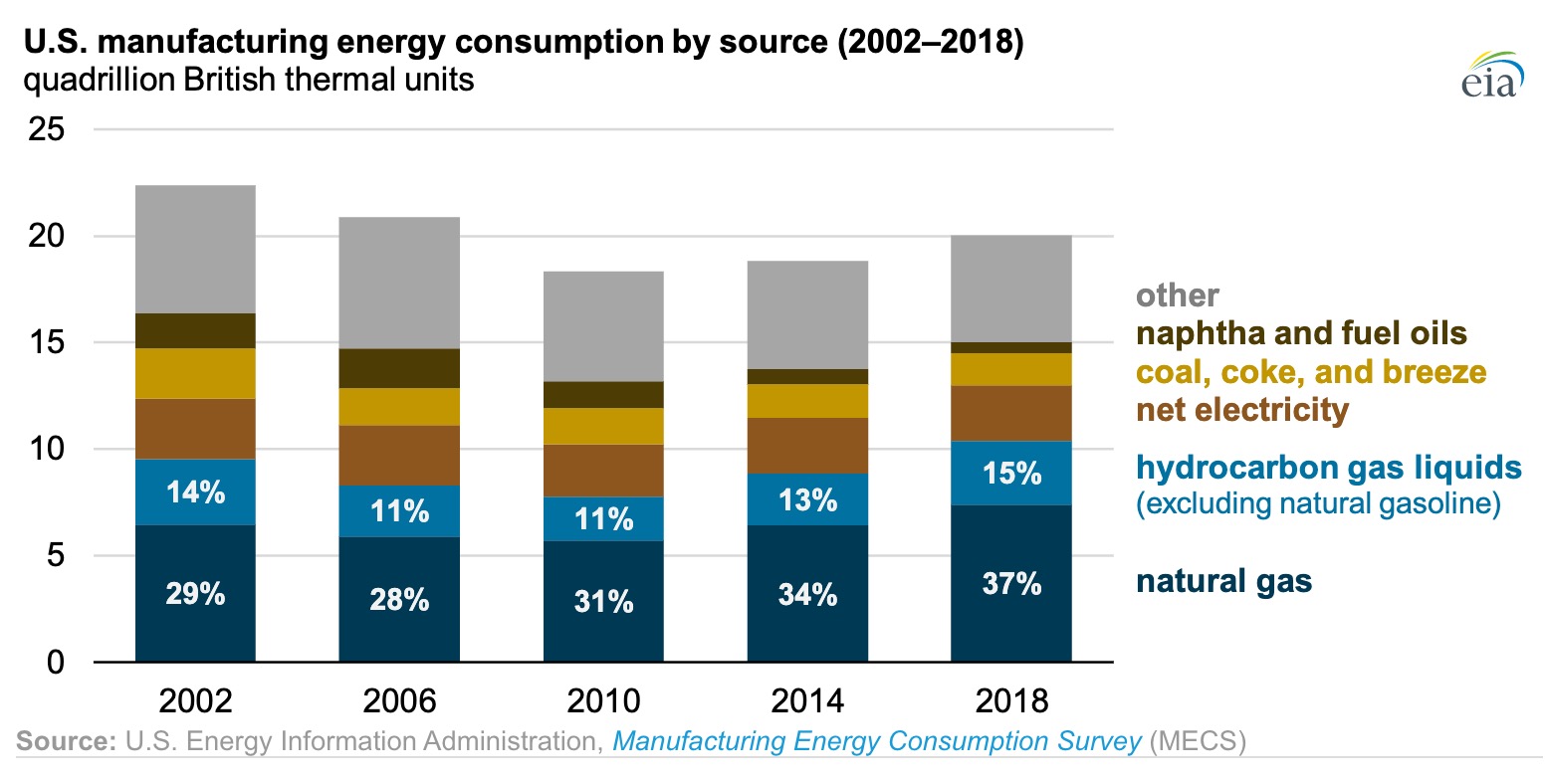 Natural gas and hydrocarbon gas liquids (HGLs) led the increase, together accounting for more than half of the sector’s energy consumption in 2018. The U.S. manufacturing sector’s consumption of electricity has also increased slightly since 2010, but consumption of naphtha and fuel oils, coal, coke, and breeze has declined…. 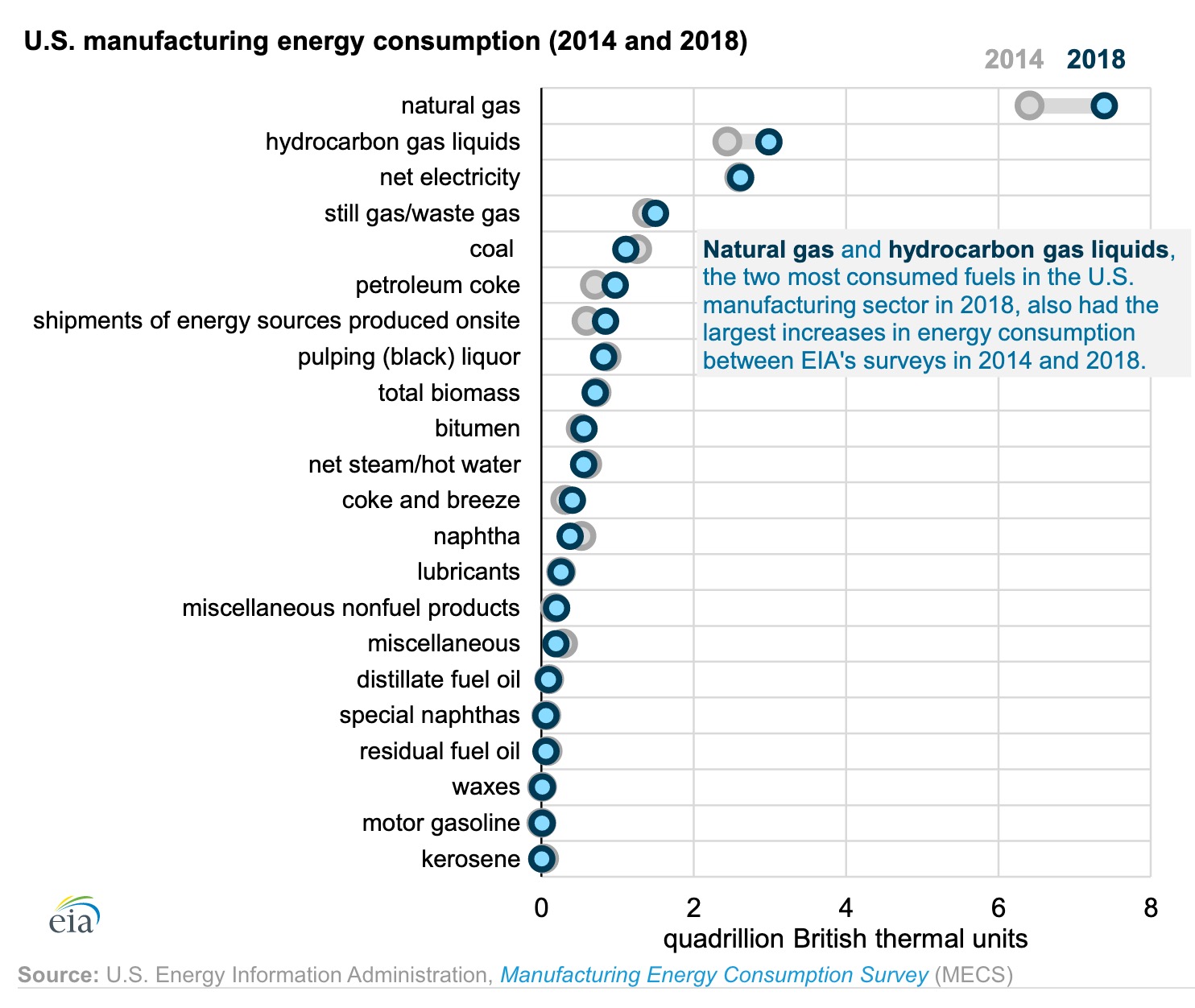 Sales by U.S. manufacturers to consumers, final users, and other industries (measured in dollars as manufacturing gross output) increased by 4% between 2014 and 2018, according to data from the U.S. Bureau of Economic Analysis. During the same period, consumption of energy by U.S. manufacturers increased even more, by 6%, resulting in an increase in the sector’s energy intensity. The 2018 survey showed the first increase in manufacturing energy intensity in the United States since 2002.

Natural gas gets it done!