Readers pass along a lot of stuff every week about natural gas, fractivist antics, emissions, renewables, and other news relating to energy. This week the Swiss hiss, EV advocates squirm, China equivocates and California “leads.”

All Is Proceeding Precisely As Expected As the Swiss Hiss

Only a fool could not see this coming:

People in Switzerland who violate the country’s new heating rules which forbid setting the temperature above 19°C (66.2F) in the colder months will face up to three years in prison…

Under the new rules, buildings that use gas heating systems are restricted to 19°C, while hot water can only be heated up to 60°C and radiant heaters are banned entirely…

Depending on the severity of the violation and the individual’s economic situation, fines will range from 30 to 3,000 Swiss francs ($30 to $3,050), while people could also be imprisoned for up to three years…

Despite the brazenly authoritarian restrictions, Economy Minister Guy Parmelin asserted, “We are not a police state,” although he acknowledged police would perform “spot checks” to try to catch violators.

French economist Charles Gave said many more people aren’t buying the narrative that Vladimir Putin is solely to blame for the crisis.

“For the last 15 years, our European leaders have gone into a climate craze, promoting magic mirrors and windmills as the solution. It does not work. These solutions demand the same capacity in gas power plants,” Gave said.

A police state? Oh, yes, and that’s the how the politicians savoring ever more power get sucked into the climate scam.

Yet another flight in the solar and wind ointment and another reason to turn to natural gas:

More than 6 million electric vehicle (EV) battery packs will end up as scrap between now and 2030, and the recycling and reuse industries are racing to keep up…

Due to the potentially dangerous chemistry of lithium-ion EV units, concrete solutions are needed before an avalanche of dead battery packs ends up sitting around and waiting for recycling like ticking time bombs.

For people who specialize in hazardous waste, handling lithium batteries is a serious subject.

…the chemistry of lithium-ion batteries is problematic since they can’t be dumped or recycled as easily as some other materials. This requires particular adaptations within the evolving EV industry to responsibly strip, package, and dispose of old units…

Mitigating traditional fires is done by using water or chemicals to cut off the supply of oxygen. However, lithium is unique in that it doesn’t require oxygen to burn. Once ignited, it creates… a “thermal runaway,” which is incredibly challenging to control…

Recycling EV batteries poses another significant hurdle. That’s due to a trifecta of complications including expense, existing capacity to handle demand, and the simple fact these batteries aren’t easy to recycle.

“Currently, less than five percent of lithium batteries that reach the end of their lifespan are recycled,” a spokesperson for the carbon accounting group Greenly told The Epoch Times.

The representative for Greenly went on to explain that though the potential for ramped up recycling exists, it’s not possible with lithium-ion batteries until they reach the end of their lifespan.

Lithium batteries are the hazardous waste problem of the future—the next superfund cleanup expense—if we keep denying the truth!

How much more evidence is needed that ESG is just another part of the global warming grifting scam that aims to destroy natural gas so to grow the possibilities of stealing the public treasury? 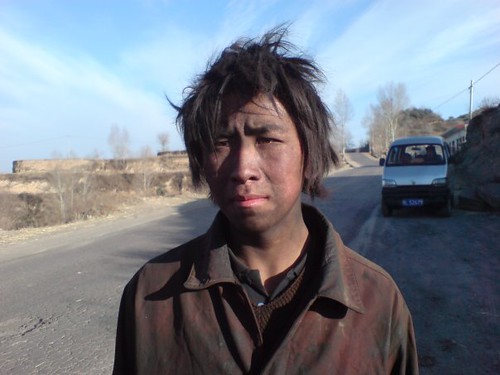 Fund manager Hou Chunyan, who recently pitched ESG investing as a way to stay compatible with China’s goals of “common prosperity”, said in a presentation in June that her fund, the Da Cheng ESG Responsibility Investment Mixed Fund, doesn’t exclude coal companies or liquor stocks, according to Yahoo/Bloomberg.

Additionally, the piece notes that ESG funds also invest in chemical manufacturers and solar and technology firms tied to forced labor in Xinjiang.

ESG is an incredible fraud on the citizenry! It aims to steal every damned thing we own and control ever breath we take.

As California Steps Over the Rim of Disaster, So Goes NY and PA?

Well, this certainly got my attention and ought to get yours if you live in Pennsylvania and New York:

California is following in the footsteps of Germany, which over the past 10 years closed down most of its nuclear power plants and engaged in a national decarbonization of the economy — energiewende. When reality hit, Germany, and thus the rest of the E.U., was compelled to start relying heavily on Russian natural gas as it struggled to transition. Then Russia attacked Ukraine. Rather than falling back on its world-class, environmentally friendly, forward-looking nuclear-energy program, the Germans must now contemplate rationing and historically high prices. If they can avoid this fate, it will only be because the industry has turned back to coal.

Even before the Ukrainian war, Germany was home to the highest global electricity prices per household in the world. As Robert Bryce points out, though California’s households use only about half the national average in energy, they also pay one of the highest rates in the nation — only Hawaii and Alaska beat them. Continued restrictions on reliable, relatively cheap and portable energy are not only inconvenient, but they also damage growth and opportunity. Decarbonization is objectively immoral. 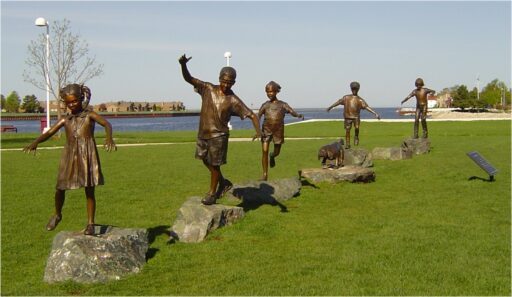 Environmental quality shouldn’t be a stupid game of “follow the leader.”

One of the problems is that California has the power to export its retrograde ideas. Although electric car owners in the Golden State can’t go anywhere these days, the state still plans to ban the sale of gas-powered cars in just 13 years (your used car is going to be worth a fortune). But since 15 states, including New York and Pennsylvania, have adopted California’s vehicle emissions standards — a federal waiver under the Clean Air Act allows it to have stronger fuel economy standards than the federal government — a cult of Luddites in Sacramento now effectively controls the national automotive industry.

What in God’s name is wrong with Pennsylvania? We know what ails New York—domination by ignorant New York City voters—but Pennsylvania? Our DEP has, for decades, slavishly followed others when it comes to all environmental standards and it has caused big problems across the board in dealing with floodplain, stormwater, wastewater and wetland regulation. This could be huge, though. It’s a darned good reason to vote for Doug Mastriano for Governor.