Readers pass along a lot of stuff every week about natural gas, fractivist antics, emissions, renewables, and other news relating to energy. This week; the global warming mob, UK fracking, green bosses and pipes.

There is no more clear sign of of how unscientific global warming cultists truly are than the groveling, pathetic apologies this mob extracts in the name of science that isn’t:

World Bank President David Malpass will not resign, he said Friday during a virtual conversation with Global Insider author Ryan Heath. NGOs and leading climate activists have been calling for Malpass to step down after he repeatedly dodged questions about the science behind climate change at a New York Times event Tuesday.

On Friday, Malpass apologized for those remarks.

“When asked, ‘Are you a climate denier?’ I should’ve said no,” Malpass said, adding later, “It was a poorly chosen line, I regret that, because we as an organization are using the science every day.”

None of the 187 countries that are members of the World Bank have asked him to resign, Malpass said, and shareholders have voiced “strong support, for me, for the World Bank,” he told Heath. 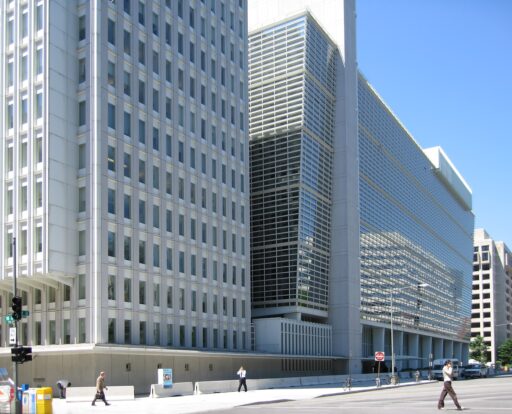 Malpass also said he would “absolutely” accept training from climate scientists to improve his knowledge of the science behind climate change.

“That wasn’t a good phrase for me to use,” Malpass reiterated. “We have a lot of input from our global scientific community.”

At the White House, press secretary Karine Jean-Pierre condemned Malpass’s earlier comments at a press briefing Friday, but declined to say whether the White House supported removing him from his post, noting that doing so would require support from a majority of shareholders.

This is disgusting beyond belief; pure surrender to the mob and a sign of our profound cultural deterioration. Science does not require a mob, an enforcer gestapo or politics to defend it. Moreover, only a toady surrenders to any of them.

Sometimes the truth gets admitted:

Under the green lobby’s current policies, our “war” against climate change is doomed to make things worse for most people, creating what economist Isabel Schnabel calls “greenflation.” Higher prices for energy and food, worsened further by the war in Ukraine, are already are forcing countries to adopt massive subsidies for food and gas. In the developing world, billions now face immiseration, malnutrition or starvation. And green targets of zero emissions only make this situation worse.

Residents of rich countries will also suffer from the rapid adoption of current green policies that are focused almost entirely on wind and solar. Germany, for example, suffered the highest electricity prices in the world before Russia’s war in Ukraine. In California, residents pay up to 80 percent above the national average for power. Reliance on wind power has made even Texas’ grid vulnerable.

The real winners from green policies are not the birds and the bees but tech oligarchs, the uncompetitive U.S. auto industry, and Wall Street. 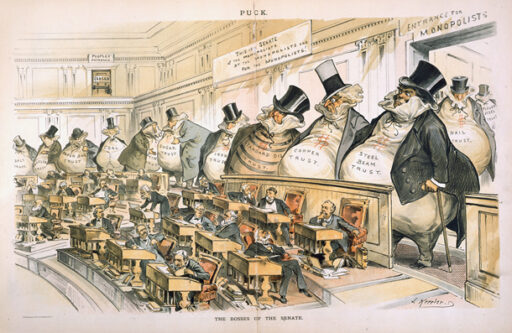 Given our limited ability to meaningfully reduce emissions, more attention should be placed on adapting, something we’re actually good at. Since the beginning of the modern era, technology and science have been employed successfully to changes in temperature and precipitation. In the 1700s, people dealt with a colder climate by planting potatoes, which thrive in cooler weather. They also learned to use waterpower, wind and most critically fossil fuels, which made life bearable in the icy cities of the north and, later, with air conditioning, in the brutally hot south.

The Netherlands, where catastrophic flooding in the sixteenth century prompted an extensive expansion of coastal berms to prevent future floods, represents a classic example of successful adaptation. The Dutch even profitted from rising sea levels by opening new farmlands and expanding their exports to the global economy. Climate change was thus turned into a net plus.

Constructing proper adaptive polices may not be as emotionally satisfying as screaming about “climate criminals,” but it could prove far less damaging to the masses of people and to the future of democracies. A regime run by the climatistas is likely to be very authoritarian, with many seeing in the COVID-19 lockdowns a “test run” for top-down edicts over how people live. In a sign of things to come, Switzerland is considering jail terms for those who try to stay too warm this winter.

The bolded sentence gets at even more of the truth; that the global warming scam is more a corporatist raid on all of us than a fundamentalist alternative religion but it’s really both of course

Yes, there are some sane folks left who understand what must be done:

Britain on Thursday formally lifted a moratorium on fracking for shale gas in England that has been in place since 2019, saying strengthening the country’s energy supply was an “absolute priority”.

Energy prices have soared in Europe after Russia invaded Ukraine, and Britain is subsidising bills for households and businesses at a predicted cost of more than 100 billion pounds ($113 billion). 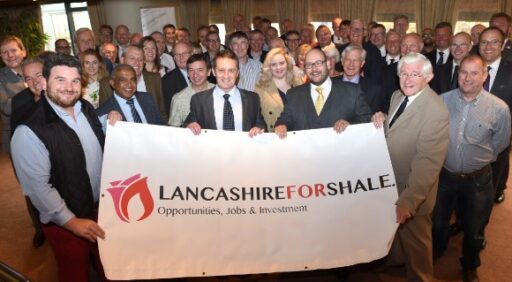 New Prime Minister Liz Truss said earlier this month that fracking – extracting shale gas from rocks by breaking them up – would be allowed where it was supported by communities.

Business and Energy Secretary Jacob Rees-Mogg said on Thursday all sources of energy needed to be explored to increase domestic production, “so it’s right that we’ve lifted the pause to realise any potential sources of domestic gas.”

Nick Grealy is, once again, smiling somewhere up there!

Give Us Some Pipes and We’ll Supply Everyone!

The Marcellus Shale can power the world if we just had more pipelines quicker and green energy mobsters funded by the elitist gentry class and corporatists weren’t stopping the development of those outlets:

Reuters’ John Kemp wrote in a recent column that domestic and international gas consumption had risen to record highs, and shale producers—the ones that account for the bulk of U.S. natural gas output—were having a hard time catching up with this demand.

Meanwhile, although higher on a weekly basis, inventories remained at the second-lowest for this time of the year for the last 12 years, Reuters’ market analyst noted. He also added there were no signs of any improvement in the level of inventories despite the rise in prices.

None of this suggests lower prices for natural gas are coming to either the United States or international markets as the northern hemisphere heads into winter. On the contrary, the latest figures suggest more financial pain for gas consumers. And they confirm, to an extent, forecasts made earlier this year.

In the spring, the principals of investment firm Goehring & Rozencwajg said U.S. gas prices will converge with international prices towards the end of 2022. They noted something few other analysts tend to mention: the concentration of much of U.S. gas production in a handful of fields, with just two—Marcellus and Haynesville—accounting for as much as 40 percent of the total. 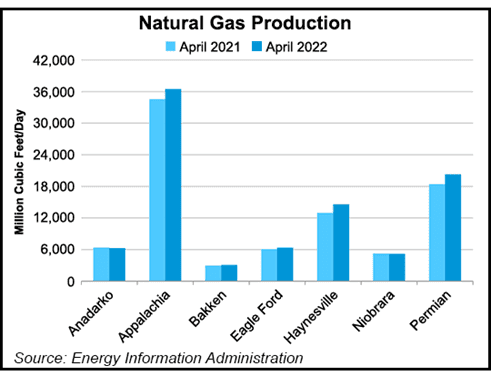 The Permian contributes another 12 percent of the U.S. total gas output, and the rig count in the Permian has been down for two weeks in a row, according to the latest data. Less drilling means less associated gas to add to the national total.

Meanwhile, on the demand side, electricity generation in the United States is seen reaching a record high this year, Kemp noted in his column, driven by the post-pandemic economic rebound. A hotter summer also contributed. A cold winter would certainly push gas consumption even higher.

Another contributor is the lack of alternative sources of electricity generation: coal plants are being retired, and droughts in many parts of the country have compromised its hydropower capacity, the Reuters analyst also noted.

While this is happening at home, demand for gas continues strong across the globe, too, as everyone seeks to stock up on fuel for the winter. U.S. energy companies are exporting liquefied natural gas at record rates. And disgruntlement at home is beginning to rear its head.

Yes, there is disgruntlement at home over us selling our gas as LNG to Europe but who put us in that situation? Certainly our European allies who, until now, have refused to frack, but also Senators such as those from Massachusetts and Rhode Island and the NRDC gang and friends who led the way in preventing pipeline development to serve New England, for example. So, the gas has gone where it can go; south to LNG terminals instead of north to Boston, which prefers to buy foreign LNG. All that is needed for America and the world to have all the energy it needs, is more pipes and to eliminate every roadblock bing erected by Biden, the NRDC and others.