Going Green Will Require A Different Grid and
We’ll Need to Get Rid of Democracy to Get It!

OilPrice.com has always been a lefty sort of website. It doesn’t much like oil and natural gas and is very friendly to “green”energy. It is now, in fact, bemoaning the grid’s inability to accommodate all that slime:

The neglected domestic power grid is standing between the United States and its climate pledges. In many parts of the country, most notably Texas, California, and the Southwest, renewable energy plants are producing enough clean, emissions-free energy to share with other regions – but there’s no way to get it there. Instead, surplus clean energy is doomed to languish on the grid where it was produced instead of being sold to where there is demand. This phenomenon has led to the peculiar outcome of negative energy prices in parts of the country in the midst of a global energy crisis… 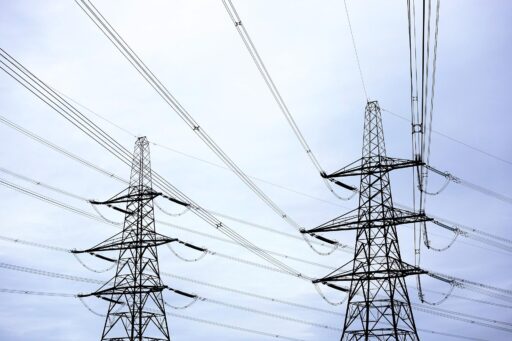 More than $400 billion have been allocated for clean energy infrastructure and climate initiatives broadly through last year’s infrastructure bill and this month’s Inflation Reduction Act, but a the U.S. needs to spend $360 billion through 2030 and $2.4 trillion by 2050 on energy transmission systems alone in order to keep up with projected renewable energy expansion, according to a Princeton study from December of 2020.

Transmission is not the only issue with the United States’ aging power grid – far from it. Existing grids are designed for one-way energy flow – from a utility to a consumer. But with residential solar panels gaining popularity, more and more energy will be flowing the other way. In order to meet the complex set of demands posed by wide-scale renewable energy adoption, the U.S. will have to invest heavily into creating “smart grids” that are capable of measuring and regulating a constant in- and outflow of energy.

In this regard, the United States is falling far behind some other countries. In China, for example, where creating a sweeping and transformative energy policy is not hindered by Democracy, we’re seeing the introduction of “flexible green electricity grids.” If the U.S. wants to keep up with the Joneses, it’s going to require a far more sweeping, bi-partisan, and expensive endeavor.

This article, in other words, suggests we should double down on massive subsidies for solar and wind projects that make no economic sense by also autocratically financing a new grid regardless if voters want it or not. Some strategy. Green on the outside and red in the middle. Hmm…we were talking grids, not gardens, weren’t we?

And, Speaking of Smart Grids, Keep Your Hand on Your Freedom

Yes, this is what you get with smart meters, smart grids and smart people who suppose they know what’s best for you:

Around 22,000 households in Colorado lost the ability to control their thermostats after the power company seized control of them during a heatwave.

After temperatures soared past 90 degrees, residents were left confused when they tried to adjust their air conditioning and found locked controls displaying a message that said “energy emergency.”

Xcel confirmed to local news station Denver7 that “22,000 customers who had signed up for the Colorado AC Rewards program were locked out of their smart thermostats for hours on Tuesday.”

“I mean, it was 90 out, and it was right during the peak period,” Tony Talarico told the news station. “It was hot.”

Talarico said he is normally able to override the “energy emergency” message, but not on this occasion.

Completely losing control over the temperature of your own home is presumably one of the many benefits of the green energy ‘Great Reset’ Americans will be forced to endure.

This story is yet another example of how smart meters will pave the way for energy rationing. 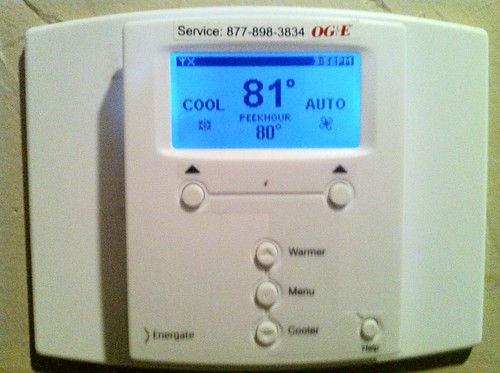 Control mechanism on your freedom?

No doubt Americans who have them installed will increasingly find their thermostats remote controlled at the behest of energy companies whenever a dubious ‘crisis’ can be declared.

And if that sounds bad, just imagine what will happen if net zero green energy ‘climate lockdowns’ become normalized.

People in major European countries are already having their thermostats regulated in response to the energy crisis.

In Spain, at the height of summer, authorities have controversially banned air conditioning from dropping below 27°C (80.6°F) in all non-residential buildings, including shops, cinemas and cafes.

Onerous fines for those who flout the rules run all the way up to €600,000 euros for “serious violations.”

Similar rules have also been announced in Germany, Italy and France.

This is what elitists and the supervillain expert class personified by Klaus “Lex Luthor” Schwab, Bill Gates, Anthony Fauci, et al want for all of us. As David Horowitz says, “inside every progressive is a totalitarian screaming to get out.” And, there are plenty of collaborators, including not only utility companies eager to get on the political correct and/or subsidy train themselves, but also politicians grasping to save or expand power of another sort.

How Do We Get Such Incredibly Stupid Leaders in the West?

This story demonstrates the utter stupidity of Europe’s leaders. By their climate foolishness, their “Energiewendes” and their virtue signaling with intervention in the Russia/Ukraine conflict, they have funded both sides of that war. They sent borrowed money to Ukraine and increasingly huge payments for gas they won’t produce on their own to Russia. What is happening, in fact, is the clearest signal the West has passed into hopelessness with its captivity to special interests who insisted on no fracking in the UK and corporatist rewards for all in Germany as the Russians made them ever more dependent on itself. Failure to develop the Bowland Shale (under supposedly conservative governments no less) in the UK and the forcing of Germans into the ridiculous Energiewende made them vulnerable to Russia.

As summer officially draws to a close, the French government is warning businesses and citizens that that coming winter could bring energy shortages and possibly rationing, a consequence of Russia’s invasion of Ukraine and Europe’s response.

On Tuesday, the French multinational utility company Engie said it had been informed by the Russian gas giant Gazprom that gas deliveries would be reduced with immediate effect, “due to a disagreement between the parties on the application of contracts.”

Engie said it has already put in place measures to supply customers, even in the event of an interruption of Gazprom flows, having “already secured the volumes necessary to ensure to supply its customers and for its own needs.”

In response to the move, President Emmanuel Macron will convene his Defense and National Security Council for a special meeting on Friday.

“The supply of gas and electricity being a vital interest for the country, the National Defense and Security Council will evaluate the situation as well as the scenarios that it will discuss to prepare for all cases,” the Elysée palace said in a statement.

“The council must figure out what are the options the government has to avoid power blackouts and lack of gas for people and companies this fall and winter.”

Economy Minister Bruno Le Maire told the Movement of the French Enterprises, the largest business association of France, on Tuesday that everyone must “restrain their energy consumption, at home, in transportation, in the administrations, and in businesses this coming winter.”

He said business enterprises must take strict measures to avoid power and gas cuts, especially for those that require a lot of energy for their activities.

One day earlier, addressing the same audience, Prime Minister Elisabeth Borne urged companies to restrain their energy consumption this winter, otherwise they would be the “first affected” by “rationing” measures in the coming months.

Because of the war in Ukraine, Russia has already reduced gas supplies to France and most European countries. At the same time the E.U. is working towards reducing its dependence on Russian energy.

“If Russia were to completely cut off its gas exports to Europe, the consequences would be massive,” Borne said. She urged everyone to play their part, “by lowering energy consumption all together.”

Power prices in France have already soared and companies and households are worried about their bills this winter. Last week, France reported a skyrocketing electricity price hike for contracts for 2023, from $85 per megawatt hour to more than $1,000…

“What is planned is to ask companies to reduce the use of electricity during the day, especially in unused premises and at off-peak hours,” she said. “As for households, they should also be asked to limit their energy consumption, in particular electricity, but also gas when they are home after work.”

The potential energy crisis is thought to be one of the reasons behind a visit by Macron to Algeria, a oil and gas producer, last week.

President Trump, of course, warned them about becoming too dependent on Russian gas and they arrogantly and condescendingly laughed at him.

But, Trump, in contrast to Bozo Brandon, was much smarter than all of them and they proved it again this week as they united in a vain attempt to put a “price cap” on what they’d pay for Russian natural gas only to get a Russian “nyet” less than 24 hours later that will force all of Europe into darkness this winter as they burn their furniture to keep warm. So goes all green new deal fantasies created by power-hungry corporatists and ideologues who want to steal our freedom and futures for themselves. Are you paying attention, California? New York?