[Editor’s Note: Biden’s bumbling threatens both oil and natural gas production in this nation. It’s a deliberate attempt by his puppet-masters to kill off the entire industry.]

That is because of the red tape that the Federal government has implemented in order to obtain the rights to drill and operate on Federal lands. For example, in 2020, it took on average 142 days to complete an application for a Permit to Drill on Federal lands. In comparison, in Texas, in 2018 and 2019, it took an average of two days to process standard drilling permits. The 140-day difference in the permitting time is the reason that Texas has higher royalty rates than the federal government—a 2 day processing time is worth much more to a company than a 142 day processing time. Federal laws and bureaucracy makes it far more difficult and expensive to operate on federal lands.

However, the Build Back Better Bill does just the opposite. It contains a long list of increases in federal royalties and fees, plus new fees, new taxes, and barriers to leasing in the Arctic National Wildlife Refuge, the Pacific, Atlantic, and eastern Gulf of Mexico. If passed, the arbitrary new fees would add millions of dollars in operating costs, pricing out U.S. production, and putting oil prices in the control of OPEC. 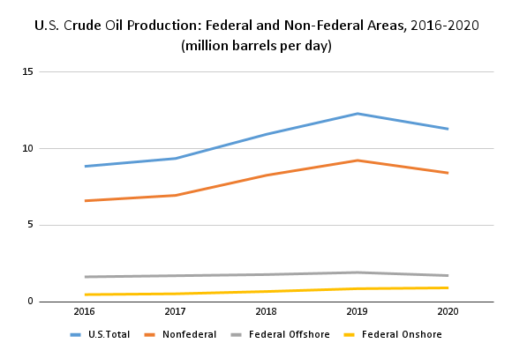 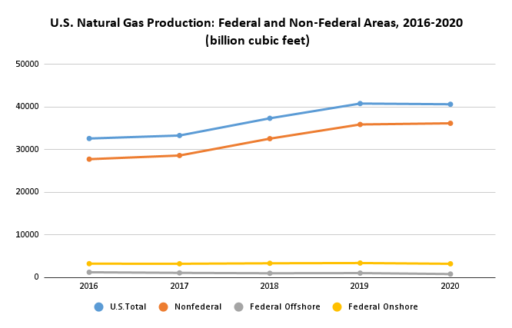 Source: U.S. Department of the Interior

President Biden has taken a series of destructive measures to hurt the oil and gas industry in the United States by killing pipelines, shutting down oil and gas leasing (before a court order mandated Biden to allow them to resume), and looking to increase fees of all kinds on oil and gas drilling to name just a few. These actions result in energy being harder to produce and more challenging to discover.

Therefore, gasoline and home heating prices are higher than they have been in quite some time. But Biden has not made the connection between his disastrous policies and the rise of energy prices. Instead, he is asking the Federal Trade Commission to investigate whether or not energy companies are gouging their prices to squeeze more money out of consumers, after failing to convince OPEC and Russia to produce more energy to moderate prices.

Under the Trump administration, the United States became energy independent—a goal that U.S. governments wanted to reach for decades. The United States had become the world’s leading oil and natural gas producer, thanks to the American energy renaissance, and Americans were reaping its benefits from low gasoline prices, inexpensive natural gas home heating, and nearly flat electricity prices.

But the Biden administration’s anti-oil and gas policies are making those realities go away as it transitions the U.S. economy to a net zero carbon based economy. The policies of the Biden administration and the Democrat-controlled Congress have increased energy prices and will continue to do so as more and more of these negative policies are implemented, particularly those contained in the Build Back Better Bill, should it pass in the Senate.

Reposted, with permission, from IER.