Natural Gas Replacing Nuclear, Despite What Cuomo and Others Say

…
[Editor’s Note: Cynical politicians are fond of saying “Watch what we do, not what we say.” Is that what’s happening with natural gas? Could be.]

Belgium is the latest country to announce it will replace its shuttered nuclear plants with natural gas generation. The country has seven nuclear plants that will be retired by 2025 and has put in place a system of electricity production capacity auctions to replace its nuclear power. In October, about 2.3 gigawatts of new capacity will be sold during the first auction, which will consist of two to three natural gas-fired power plants. Germany is another country that is building natural gas plants. As part of Germany’s Energiewende—the mandated transition to renewable energy, it is shuttering its nuclear plants and is building natural gas plants with 2.4 gigawatts to be added over the next two years.

Of its seven nuclear plants, the Belgium government indicates that five of them are too old and too expensive to guarantee their safety and they will be retired and replaced by new, flexible energy infrastructure. A country representative noted that offshore wind turbines are switched off when the wind blows too heavily because they produce too much electricity and lack flexibility. By 2030, Belgium expects to have almost half of its energy production from renewable energy, which is double today’s level. With renewable energy, Belgium realizes it needs flexible back-up energy sources, which can be switched on and off when there is a lot or little sun and wind. As a transition, Belgium sees low-carbon natural gas as indispensable toward eventually reaching 100-percent renewable energy.

Belgium is supposedly reducing the number of gas-fired power stations to the bare minimum. However, two or three new gas-fired power plants will be deployed—much less than originally planned. The country is also investing in the development of technologies that will make gas-fired power plants as environmentally friendly as possible. Natural gas is the cleanest burning hydrocarbon source.

Germany has 27.2 gigawatts of natural gas plants currently and will have a total of 29.6 gigawatts with the addition of the 2.4 gigawatts to be constructed by 2023. The new natural gas capacity includes VW’s Wolfsburg combined cycle plant (400 megawatts), Uniper’s Scholven unit (135 megawatts) and Steag’s Herne 6 (625 megawatts) as well as a number of smaller combined heat and power and industrial power plants. Germany’s natural gas capacity will then be about equal to its 30 gigawatts of coal and lignite capacity that the country will have in 2023, after it retires 4 gigawatts. Germany will also retire 8.1 gigawatts of nuclear capacity over the next 2 years, entirely doing away with its nuclear fleet by 2023.

Governor Cuomo announced four years ago that Indian Point, located about 25 miles from New York City, would be phased out. At that time, the plant was producing about one-quarter of New York City’s power. One of Indian Point’s two working reactors was permanently shut down in 2020, increasing the share of the state’s power from natural gas-fired generators to about 40 percent last year, from about 36 percent in 2019. Due to higher electricity demand in July 2020, the share of the state’s electricity that was generated by natural gas-fired plants jumped to 56 percent from 49 percent in July 2019. 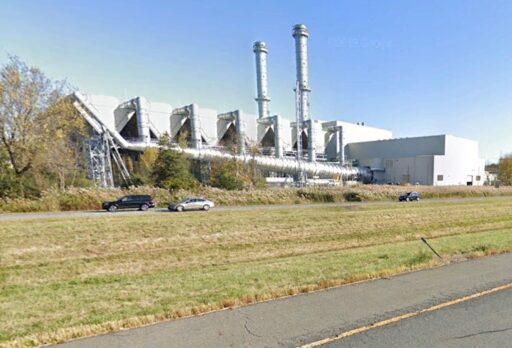 With the closure of the second reactor at Indian Point, the metro New York City area will be even more dependent on its gas-fired generators and the state needs to ensure that it has sufficient pipeline capacity to adequately fuel its generators. It is anticipated that fossil fuel plants in the metro New York City area would need to increase their output by as much as one-third. If there is a shortage of natural gas due to weather or other unanticipated events, New York plans to import from neighboring states or switch to oil in its dual-fired generators.

In 2020, California generated 47 percent of its electricity from natural gas, up from 43 percent in 2019. With the Diablo Canyon reactors closing in 2024 and 2025, California’s dependence on natural gas is likely to become even higher. A study by PIRA estimates that natural gas consumption could increase by 34 percent in northern California between 2023 and 2026 when Diablo Canyon is shuttered despite the company’s renewable energy and efficiency goals.

California depends on electricity imports from neighboring states to supplement its electricity needs. However, last August, California did not have much luck importing power from its neighbors during a heat wave that ravaged it and the surrounding areas. Due to smoke from the wildfires, California’s solar units were performing 30 percent below normal. For that reason, the lack of available imports and the increased demand from the heat wave, California had to institute rolling blackouts. Belgium is wise to recognize the need for flexible back-up power that natural gas provides.

Belgium and Germany are constructing natural gas plants while they are shuttering their nuclear reactors to ensure that they have flexible back-up power for their wind and solar units. Both New York and California have found that their natural gas generation increased when they shuttered a few of their nuclear reactors. As Belgium officials have noted, natural gas is needed as back-up to its renewable energy. Without sufficient back-up power that is readily available and flexible, countries and states pursuing renewable goals can expect brownouts, rolling blackouts, or worse, days without power. Texas has recently experienced that situation.

Editor’s Note: We have long maintained here that Governor Cuorruptocrat has no principles whatsoever and that he would welcome every aspect of natural gas development if only someone else only ordered it. He simply wants the ability to demagogue the issue with ignorant city voters who know nothing of the issues or represent special interests he feels he needs to satisfy. The data articulated above IER supports that conclusion. The climate talk reaches an ever higher pitch matched only the degree to which dependency on natural gas grows. Is this deliberate? Could be but, in the end, it doesn’t matter because more natural gas use is simply unavoidable if renewables are to grow. Ironic, to be sure, but a fact, nonetheless.