[Editor’s Note: NaturalGasNOW started eight years ago and now has published over 5,000 posts with no factual rebuttal worthy of the term as the shale revolution keeps rolling!]

As a frequent reader of NaturalGasNow and an occasional contributor, it’s been fascinating to look at not only the content of some of the blog’s first 5,000 posts, but also the scarcity of well-reasoned opposing replies whose authors cite facts.

Let’s be honest. It’s difficult at best to argue with a post explaining that at Lackawanna College School of Petroleum and Natural Gas, “about 70 percent of the students  accept positions locally upon graduation, while others have taken jobs in Texas, West Virginia, and Ohio, as well as in New Jersey and the Philadelphia area where there is abundant pipeline activity.” After all, that “70 percent” is measurable and so it’s either demonstrably true or demonstrably false, as are the statements in this post focusing primarily on the Dakota Access Pipeline.

It’s one thing to read a post and then reply with a rant that’s not much more than a string of claims, but it’s something else entirely to offer a response that disproves the original post. In other words, while replies with unsupported statements aren’t automatically meaningless, they aren’t automatically truthful  even when they seem to sound good.

Pointing the reader to a source isn’t difficult. As a simple test, it required less than 10 minutes of searching to find the published statement by Pennsylvania Governor Tom Wolf that natural gas resources within the state “belong to all of us.” If that were accurate, then no one other than the Commonwealth of Pennsylvania would have the standing to lease gas rights in the Marcellus or any other region, but that’s not the point here.

The goal was simply to show that research is often pretty easy. I’m not sure whether the governor really believes that, whether he was engaging in political hyperbole to get his message out there with maximum drama or whether he just misspoke. I am, however, quite sure that he wasn’t misquoted because the item is still online and there’s no correction or clarification attached to it.

Overall, it’s no stretch to say that someone who wants to dispute a post should be willing to carry out the research that’ll support his position. Credibility is important, but the vitriolic rage aimed at natural gas in general does bring to mind that old quote about truth as the first casualty of war. In this case, amusingly enough, truth continues to make shocking recoveries.

“The natural gas industry, subsequent to the time I started writing about it, has proven wrong every ginned up piece of fear-mongering,” said Tom Shepstone, NaturalGas Now publisher.

“Natural gas has reduced emissions – often by phenomenal amounts – everywhere it is used, the Susquehanna River basin’s water quality has been unaffected in any discernible measure despite thousands of gas wells drilled there and the economy of the region has been revitalized in myriad ways.”

“Yet despite all of that, we are still confronted with bald-faced lies about fracking risks from the likes of the Delaware Riverkeeper, a gentry class shill.”

With all of that said, it’s important to maintain a sense of humor when enduring the bluster and tirades of the envirofascists. Those who can do so will never run out of entertainment because fortunately, there’s an unending supply of raw material.

Consider the silliness of the nebulous statement made during a Scranton City Council meeting about the gas industry thumbing its nose at – apparently – everybody. And then there’s this item. It’s worth reading in its entirety and the photograph adds to the resultant head-scratching. 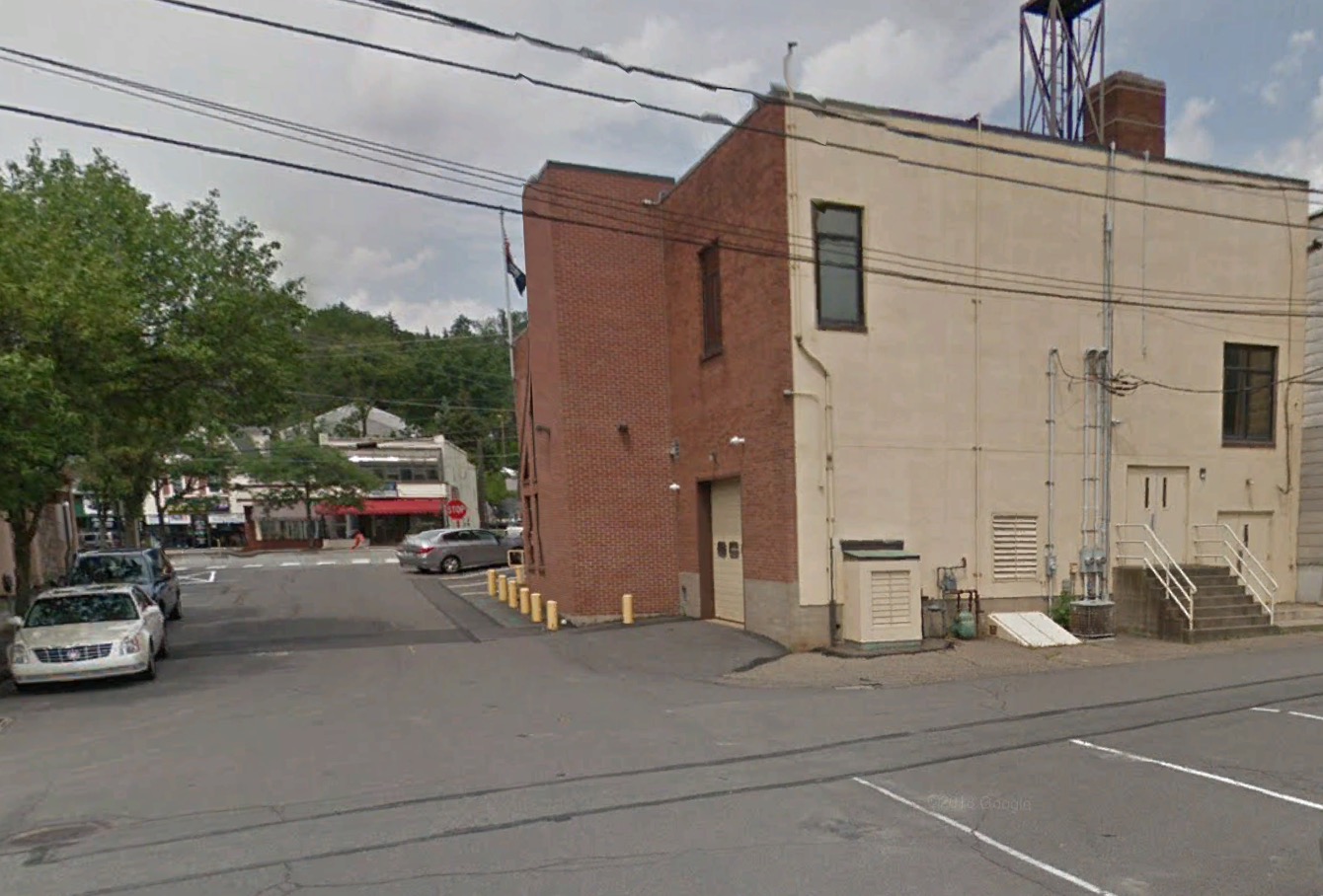 The back of the Clarks Summit Borough building. Note the natural gas service, but that didn’t stop Borough officials from being manipulated by anti-gas special interests.

The most unfortunate aspect of the opposition to the natural gas industry is that the irrational, the scheming and the deluded often do their best to shout down any threat to their own agenda, thus making an honest discussion all but impossible.

Karl Marx understood the value of such tactics, but it was Groucho Marx who illustrated their implementation.

Editor’s Note: I commissioned my good friend Bob Tomaine, a superb journalist who is worthy of the name to provide his observations regarding NaturalGasNOW and, as I knew he would, he brought something to my attention I hadn’t given a lot of thought; how poorly fractivist commenters have done in rebutting what we say. That’s because we do with facts and not hyperbole. Thank you, Bob and a special thank you to all our readers over the years! We didn’t get to over two million page views without you!