[Editor’s Note: Net zero means nothing in the real world that is positive. It is all relentlessly negative and will not be accepted in the end for that very compelling reason.]

As Covid lockdowns eased this past year, people all over the world went back to work and play. But while oil, natural gas, coal and electricity demand predictably shot up, President Biden canceled and hyper-regulated pipelines, leases and drilling permits. European leaders took similarly shortsighted actions. Inadequate global supplies chased rising global demand, and prices predictably skyrocketed in the name of net zero. 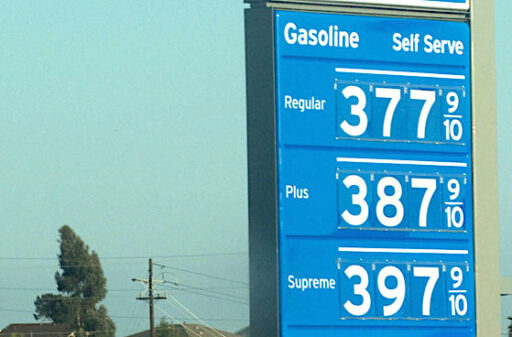 Biden Energy Secretary Jennifer Granholm laughed it off, saying, “If you drove an electric car, this wouldn’t be affecting you.” Transportation Secretary Pete Buttigieg echoed her flippant comment; so did White House Press Secretary Jen Psaki.

President Biden begged Russia and OPEC to produce more oil, siphoned oil from the Strategic Petroleum Reserve, and told the Federal Trade Commission to investigate price gouging by American oil companies. Meanwhile, his administration and their environmentalist allies continue pressuring banks and financial institutions to deny loans to oil and gas companies and refuse to invest in them.

Less charitable folks among us might wonder if the Marx Brothers or Bevis and Buttheadgeek are now setting energy policy. Others might channel Dan Aykroyd and Jane Curtin, and their raucous Saturday Night Live skits. A current events version might go something like this.

Jan Granski: Den, only a complete climate crisis denier and fossilized idiot like you could possibly oppose replacing dirty fossil fuels with clean renewable energy. If we don’t, Earth will fry, icecaps will melt, coastal cities will be inundated by rising seas and destroyed by hurricanes, and precious wildlife will be driven to extinction. But when haven’t you ignored reality? You’re a capitalist pig who lives to line the pockets of Big Oil. You think every American should have a big house and fly or drive wherever and whenever they want. You don’t give a damn about preserving a livable climate and planet, you jerk.

Den Astroyd: Jan, you ignorant slut. Your climate crisis exists only in worthless computer models and your fevered imagination. Your pals’ real objective is amassing more power, while they make commoners freeze jobless and hungry in the dark. Saving the planet? What a joke. Under your asinine policies, China will eat our kungpao lunch, while it spews out more greenhouse gases every year and turns our planet into a massive open pit mine and toxic waste dump – to extract raw materials needed to blanket our country with bird-killing wind turbines and habitat smothering solar panels. And, you’ll just keep hopping into bed with any Climate Industrialist who’ll pay you twenty bucks to shill for their greenbacks energy scams.

I miss SNL’s old spunk and mojo. But you only have to look at the actual evidence to realize Mann-made climate cataclysms exist only in junk-science computer models that rely on the bogus assertion that plant-fertilizing carbon dioxide has replaced the complex, powerful, natural forces that have always governed Earth’s climate and weather.

The slight rise in measured average planetary temperatures is half of what models predicted (chart, p. 5). The discrepancy gets worse every year, and to blame the rise on humans is pure junk science. Moreover, increasing CO2 is greening our planet, helping forests, grasslands and crops grow faster, better and with less water. Indeed, the worst possible outcome is a colder climate with less atmospheric CO2. That would shrink arable land, shorten growing seasons, reduce plant growth, and starve humans and animals. That’s real net zero.

As horrific as recent (and all) tornadoes are, 40% fewer strong to violent tornadoes (F3-F5) hammered the United States the past 35 years than the three decades before that (1954-1986). And the history of hurricanes making US landfall since 1850 shows no consistency, pattern or upward trend. In fact, the only reason climate alarmists can claim an increase in Category 3-5 hurricanes in recent years is that Harvey, Irma and a few others came after a record-setting 12-year absence of powerful hurricanes hitting the USA (October 2005 to August 2017).

As to buying an electric vehicle to avoid more pain at the pump, that’s a lot easier for jet-setting, limo-riding elites than it is for Average Joe families. The sticker shock of $50,000-100,000 EVs is just the beginning. If you want a fast charge when you get home, you’ll have to upgrade your neighborhood and home electrical systems to 220 volts – and hope AOC’s utopian wind and solar power cooperates.

Europe’s wind turbines performed at barely 14% of their “rated” or “nameplate” capacity during the fourth quarter of 2021. That’s barely one day per week; four days a month. It means you’ll also need expensive PowerWalls, to ensure backup electricity during extended blackouts when the wind doesn’t blow and the sun doesn’t shine. Talk about net zero!

Pray, too, that you don’t get stuck in a blizzard. Even if you turn off your heater, the cold will quickly kill your EV’s battery. Don’t get caught in a traffic jam trying to escape the next fiery conflagration roaring through a mismanaged California forest, either. And be careful where you park your EV, as those half-ton battery modules have a nasty habit of bursting into flames that cannot be extinguished easily.

If you still insist on buying an EV, please think about the poor kids and parents slaving away for a couple dollars a day in cobalt and lithium mines. Pay Fair Trade prices, so that they can get living wages.

Any net zero economy means a lot of turbines, panels and batteries – and a lot of mines, processing plants and factories to extract the raw materials and manufacture the non-renewable equipment.

Dr. Roger Pielke, Jr. calculates that replacing all US fossil fuel use (today’s electricity generation, home heating and cooking, factory power, and vehicle fuel) with “green” electricity would require over five million 2.5-megawatt, 650-foot-tall wind turbines, sprawling across two-thirds of the continental USA – or solar panels blanketing 40% of that land mass – plus thousands of miles of new transmission lines.

Give some thought too to what we’re going to do with all those turbine blades, solar panels, battery modules and other “renewable” energy equipment when they’ve reached the end of their productive lives – often in just 10 or 20 years. We’re going to need some massive landfills. Perhaps the Grand Canyon?

Keep one other thing in mind. Democrats, environmentalists, bureaucrats and judges despise mining, processing and most manufacturing. Very little will happen in the United States – and it can’t be done without fossil fuels. It will happen overseas, under minimal environmental and safety safeguards.

That means China, India and other countries will continue burning fossil fuels for all these operations, and to lift more people out of abject poverty. That means it’s pointless for the USA, Britain, Canada, Australia and Europe to “decarbonize” their economies – and send their economies down the toilet – while all these other countries keep growing, mining, manufacturing and emitting greenhouse gases.

A final reality: Africans, Asians and Latin Americans will no longer tolerate living in huts and slurping gruel – under the eco-imperialist, carbon-colonialist, energy-Apartheid rules that rich-country environmentalists have been imposing on them.

In fact, Americans and Europeans won’t tolerate net zero de-carbonization and de-industrialization much longer, either. Especially to “save our planet” from a nonexistent manmade climate crisis.