[Editor’s Note: Net zero is often just net nuttiness as UK energy policy shows us, but there are reasonable things that could be done there and in New York to restore sanity.]

Over the past several months I have been preparing comments on the Draft Scoping Plan for the  Climate Leadership and Community Protection Act(Climate Act) which is New York’s version of the United Kingdom Net Zero plan.  Recently, Paul Homewood published Manifesto for a New Prime Minister that offered a plan to address the fact that while polls say the public is in favor of Net Zero, they also show they don’t want to pay for it.  Homewood’s manifesto does not propose to cancel Net Zero.  Instead, he proposes recommendations to modify it.  I suggest adapting this manifesto to New York is appropriate now because the impacts seen in Great Britain are inevitable here. 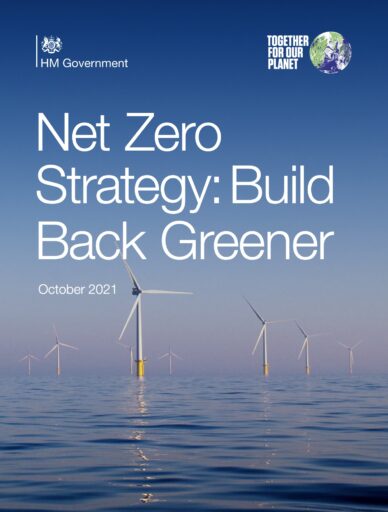 Boris Johnson’s stupid, no good, net zero plan for the UK. Will a new Prime Minster listen to reason?

Everyone wants to do right by the environment to the extent they can afford to do so and not be unduly burdened by the effects of environmental policies.  I submitted comments on the Plan and have written extensively on implementation of New York’s response to that risk because I believe the ambitions for a zero-emissions economy embodied in the Climate Act outstrip available renewable technology such that it will adversely affect reliability, impact affordability, risk safety, affect lifestyles, and will have worse impacts on the environment than the purported effects of climate change in New York.

New York’s Greenhouse Gas (GHG) emissions are less than one half one percent of global emissions and since 1990 global GHG emissions have increased by more than one half a percent per year.  Moreover, the reductions cannot measurably affect global warming when implemented.   The opinions expressed in this post do not reflect the position of any of my previous employers or any other company I have been associated with, these comments are mine alone.

The Climate Act establishes a “Net Zero” target (85% reduction and 15% offset of emissions) by 2050. The Climate Action Council is responsible for preparing the Scoping Plan that will “achieve the State’s bold clean energy and climate agenda.”  They were assisted by Advisory Panels who developed and presented strategies to the meet the goals to the Council.

Those strategies were used to develop the integration analysis prepared by the New York State Energy Research and Development Authority (NYSERDA) and its consultants that tried to quantify the impact of the strategies.  That material was used to write a Draft Scoping Plan released for public comment at the end of 2021. The Climate Action Council states it will revise the Draft Scoping Plan based on comments and other expert input in 2022 with the goal to finalize the Scoping Plan by the end of the year.

Paul Homewood’s Manifesto for a New Prime Minister lists 16 policy actions he believes would reverse course from what he describes as a “hard left eco agenda in the British Net Zero plan.  In the following I offer my annotated comments to the manifesto.

In the Preamble Homewood describes the problem and his recommendations.

It is gradually dawning on the public just how ruinously expensive and suicidal the Net Zero project is going to be.  Sadly though, Net Zero is embedded across all the main political parties, throughout the establishment and the media. There is therefore no realistic chance that it will be abandoned anytime soon.  However, there are a number of things which could and should be done, that would effectively put the brakes on Net Zero and help to reduce some of the costs already being incurred by the public because of climate policy.

Implementation of the New York Climate Act has just started so the public has not had any direct experience on costs yet.  Moreover, the cost information in the Draft Scoping Plan is notably vague and what is provided is misleading.  The New York situation is similar inasmuch as the establishment is firmly behind the Climate Act. I fear that, if push came to shove, the Republicans would not come out to completely repudiate it.  Instead, the ideas embodied in the Manifesto might be acceptable.

All government actions regarding Net Zero should be consistent with two fundamental principles:

1) Policy should be affordable, both for the public and government finances.

2) Decarbonization in future should not be at a faster rate than the rest of the world.

I wholeheartedly agree with these.  Affordability has to be a primary concern.  I argued in my comments that the implementation program should be conditional based on a standard of affordability.  It is also hard to argue our action should not be considered in the context of the rest of the world.  New York emissions are less than half a percent of global emissions so action on our own will not affect global warming.  Therefore, it is only logical that our implementation should be tied somehow to global actions.  I believe it would be far better for New York to invest in the development of zero-carbon technology that costs less than to try to use today’s wind, solar, and energy storage technology.

1) All Carbon Budget targets should be suspended.

The Climate Act has similar targets and they should also be suspended or made contingent upon meeting certain standards of affordability, reliability and environment impacts.

New York has not reached the point where natural gas, fuel oil, and propane fired furnace bans have been enacted.  New York should prove its affordability case before passing legislation banning those furnaces.

3) The proposed ban on petrol/diesel cars should also be postponed, until:

a) Alternatives are cost competitive

c) A nationwide charging network is established, with sufficient capacity and at no cost to the public purse

d) The electricity grid and distribution network has been upgraded

These are appropriate conditions for electric vehicle implementation in New York.

The Climate Action Council is debating carbon pricing schemes at this time.  Carbon pricing legislation was proposed last year but failed to advance to a vote given the opposition.  This year, in fact, New York State suspended the gas tax which is entirely inconsistent with the plan to raise fuel costs.

5) Implement an Intermittency Tax for wind and solar generators, so that they bear the cost of standby and grid balancing, instead of electricity consumers.

The market rules for wind and solar generators are still under development in New York.  It is only a matter of time until this becomes an issue.  In my opinion, the market price paid to generators should be made a function of dispatchability.  Full price should only be paid to those generators that are fully dispatchable.

6) Implement a Windfall Tax on all recipients of Renewable Obligation Certificates, who currently benefit from high wholesale power prices in addition to ROCs, which currently cost consumers £6bn a year. The revenue to be used to offset ROC costs currently added to electricity bills.

I am not conversant whether New York policies are similar and would need to be addressed.

8) Put a stop to all new subsidies for renewable energy

If it is so wonderful and so cheap why would new subsidies be required anyway?

9) Fully commit to a long tern future for North Sea oil and gas, necessary to encourage development. This must include a recognition of the need for substantial amounts of natural gas in the medium term.

10) End the ban on fracking, and lift all unnecessary restrictions which were previously in place.

In the context of the global energy crisis a case can be made that New York’s failure to permit natural gas pipelines to New England is the not in the best interest of national security because New England is dependent upon Russian natural gas due to lack of supply.  The Draft Scoping Plan makes references to trying to reduce dependency upon out-of-state fuel supplies, but ignores the fact that the ban on fracking precludes New York from developing its own in-state supply.

New York has closed its last coal plant and now the energy innumerates are clamoring to shut down all fossil fuel plants.  That would be a disastrous policy.

I endorse the recommendations of New York Energy and Climate Advocates who call for including nuclear power in the Draft Scoping Plan recommendations. Personally I think the most promising approach is small modular reactors.

13) Immediately approve the Cumbria coal mine

There is no New York coal mining.

14) Guarantee that no new taxes will be raised, designed to “encourage” consumers away from high carbon consumption. In particular, no new tax on meat or gas.

I agree with this recommendation.

There are similar plans in New York that will increase costs to those least able to afford them.  I agree with this limitation.

16) Put an end to plans to ban mortgages for homes which don’t meet energy efficiency and low-carbon standards.

There is nothing like this in New York but the state also hasn’t legislated a policy to force homeowners to meet energy efficiency and low-carbon standards yet either.

Homewood concludes by describing the financial impacts of his recommendations.  He claims his suggestions for carbon pricing, intermittency tax, windfall tax, and constraint payments would provide total savings of £9.9 billion and would reduce average household energy bills by £366 a year.  New York has not provided any estimates of average household energy bill impacts.  I believe the inevitable costs for the Climate Act would be multiples of that household cost.

I want to re-emphasize the point that polls in the United Kingdom say the public is in favor of Net Zero, but they also show that they don’t want to pay for it.  I am convinced the majority of New Yorkers are not even aware of the Climate Act.  Even if people know about the Climate Act, they cannot find cost information because it is being withheld, obscured, and covered up.  As a result, New York is not as far along as Great Britain in facing up to the inevitable problems with affordability observed in every jurisdiction where zero-emission transitions have been attempted.